Next Up: Meet Ozmosis, the San Diego MC with a Message for Mumble Rappers

The West Coast has been a hip-hop breeding ground since the beginning of time, and San Diego-based rapper Ozmosis is looking to be the next to add his name to the list of legends. Born in Fort Riley, Kansas, Ozmosis (Dominick Anderson) moved to Alaska at a young age, working on his music in the town of Fairbanks. He eventually came to California when he joined the Marines, seeing the military as a way to start a new chapter on warmer turf. Music remained a huge part of his life, as he often wrote rhymes on his break times during basic training.

Meeting Dominick in person, you’d swear he’d lived by the coast his whole life. He has a mellow, even personality, similar to the ocean waves he finds himself so inspired by. That relaxed vibe comes to the forefront in his music as well, both in the jazzy production backing him up and in his own thoughtful, introspective lyrics. Still, he speaks like a man on a mission, with a clear purpose that he’ll stop at nothing to fulfill.

I had the chance to catch up with him at Sunset Cliffs, one of the premier spots on San Diego’s shoreline. It’s one of the first places he would visit when he moved to the city, providing the serenity he needed to meditate on his own life. Check out my full interview with him below. 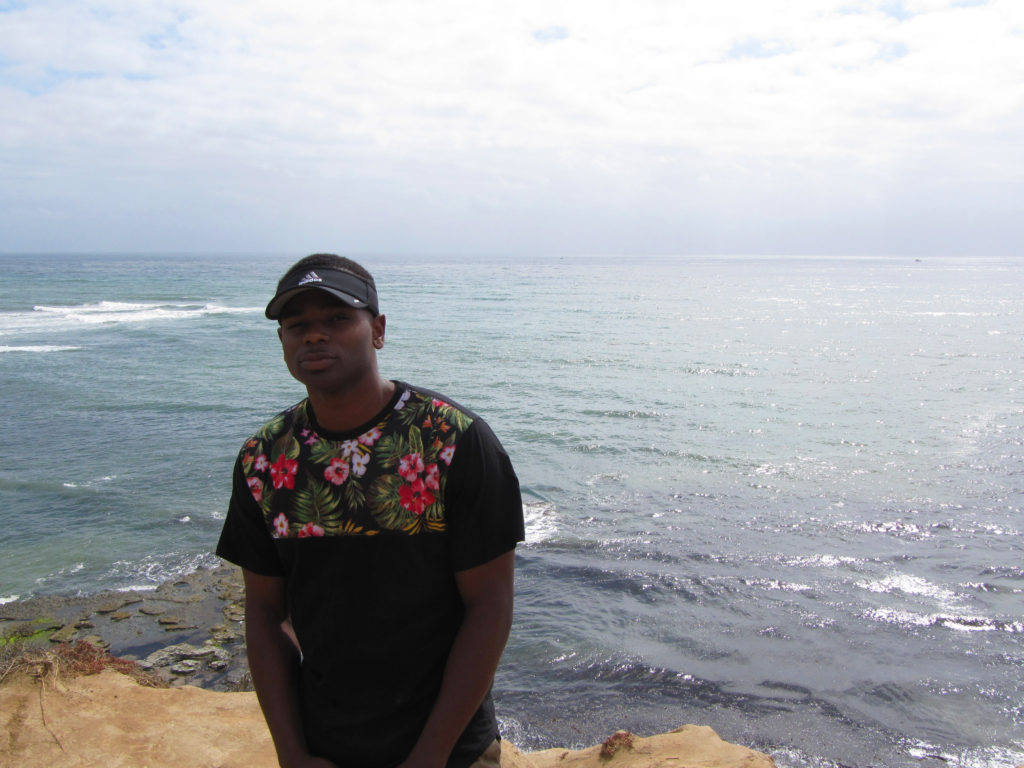 Kenan Draughorne: What do you think of the music scene down here in San Diego compared to up in Alaska?

Ozmosis: It’s very different from Alaska. I actually started getting into the music scene down here a few years ago, a friend of mine and I would listen to some artists down here, and a lot of producers that kind of influenced the way I make music now. So I owe a lot to the San Diego music scene, it kind of helped me change my direction.

KD: So The Ch[ill] Tape is mostly jazz, boom-bap influenced hip-hop. Did you always gravitate towards that sound or how did you get into that?

O: Always, man. I’ve always been a part of that whole boom-bap, jazz feel. I come from a very musical family, so everyone played an instrument and was somehow involved in music. Growing up, all I did was play instruments, I would listen to a lot of 90’s hip-hop. Just recently I started transitioning into more of the chill-pop, the jazz, the kind of new wave music that just mellows you out. It’s very good music just to chill and relax to, I feel like I can contribute to that while still adding an old-school feel to these new-school type of beats.

KD: That’s dope! Who do you think have been your biggest influencers?

O: Producer-wise, probably has to be Freddy Joachim. I love every single one of his beats, I’m heavily influenced by him when it comes to his music. Artist-wise, I gotta go with Mick Jenkins, that dude is just pure gold. He’s just so on top of it, the whole personification of enlightment, being on that next level, you know. That’s definitely where I’m trying to be, to have that kind of positive influence on people. It’s a lot of negative influence today in hip-hop, and he’s trying to put out a positive light, so I want to be a part of that movement.

KD: I heard a couple of those “water” references that Mick Jenkins often preaches about on your project, I was a big fan. You just touched on it, but what do you think is the biggest issue in mainstream hip-hop today?

O: I’m trying not to go on a rant here. [Laughs] A lot of glorification in a negative manner when it comes to mumble rap and trap rap, they’re kind of putting focus on the wrong things. I understand that sometimes it’s just a lifestyle, you know, some people are brought up like that. But there comes a time where it does become very gratuitous, and we get kids that become enamored with that personification of being this hard-ass gangster, and it leads them to make stupid decisions. When I tell people I rap, I don’t want them to think of Lil Yachty, or Lil Uzi Vert. Right now, that’s what people think of when someone says they rap, and that’s not supposed to be the image. 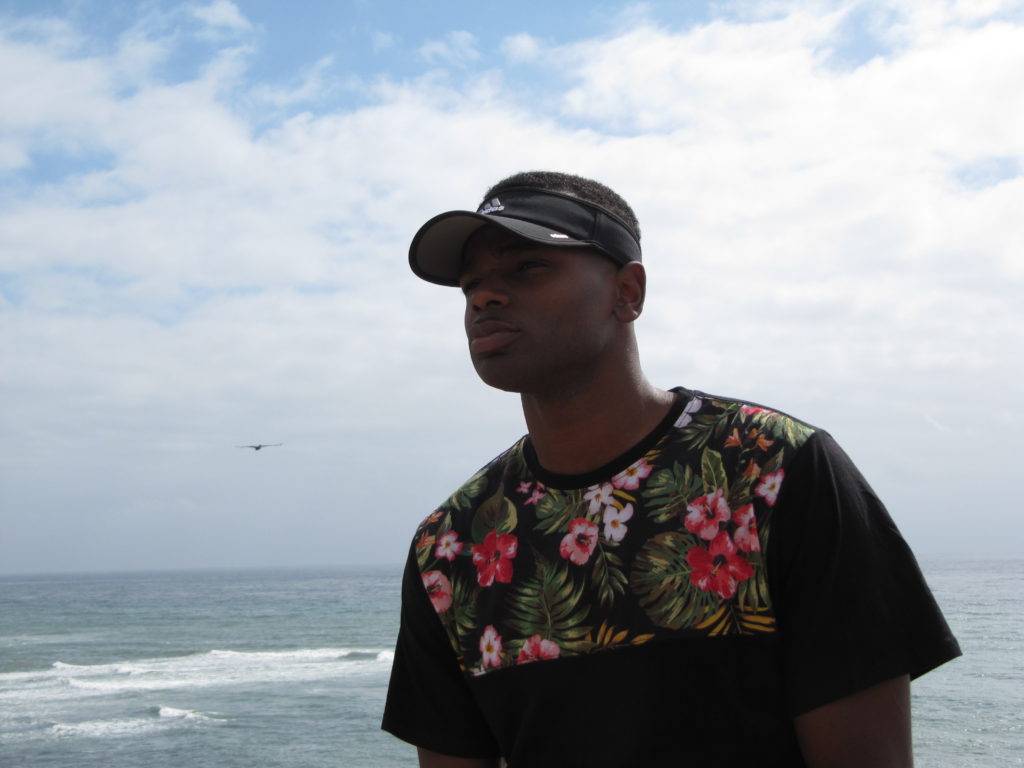 KD: Let’s talk about The Ch[ill] Tape a little bit. What was the creative process like?

O: It took me about a year to write it all, before I even started recording. Main influence in the creative process was just being in San Diego, living life. I was taking a break from music, just writing down my experiences and how things make me feel. Coming to places like Sunset Cliffs, I’d write bars while I’m looking out at the ocean, it just helps me get the creative juices flowing. For the producers, I contacted them through SoundCloud. I listen to a lot of chill-pop channels, and I’ll find a producer who really puts out a beat that speaks to me, so I’ll reach out in the DMs, shoot him an email, and we’ll work something out through there.

KD: You have a song on your SoundCloud called “I’m Going to be a Dad.” What was that realization like for you?

O: It changed the game. At first, it was just kind of about putting the music out there, you know, if people like it, they like it, it was just for fun. But I have a son on the way now, I want him to listen to my music and actually get the message when he gets old enough. I want to be able to make a living off of this, being able to provide for my family. That whole song was just from the heart, it was a definite wake-up call. Coming from a man who grew up without a father, I had to grow up the hard way. It could have turned out a billion different ways, but I got lucky, I had a strong mother and a strong support system in my family. I want to be different for my son, and set the right example of what I think a father should be.

KD: If you  had to sell yourself to a major label or festival, what sets you apart from other artists trying to make it?

O: For one, I don’t mumble. [Laughs] That’d be the main pitch right there. My music comes with a message, and it pertains to a certain vibe, I feel like people can really mesh with that. Especially being down here in California, everything is chill, mellowed out, and about having a good time. That’s what my music is.

Look out for the “ILL VIBES” music video coming later this month. You can stream The Ch[ill] Tape on Spotify below, or purchase it on Google Play here. Stay tuned for news on his upcoming clothing line, Mr.Mellow.Vibe!