For some time now, we haven’t heard much from August Alsina. This may be due to his new revelation made in late May that he is, in fact, fighting through liver disease. In a recent interview with his longtime friend, Jada Pinkett Smith, he explains what he’s been going through and also explains disease is something that runs in his family as well. Alsina says, “I have liver disease, where my autoimmune system is fighting against itself. The reality is that I’m sick all the time…”

Due to a few recent club cancellations, Alsina felt as though it was necessary to give his fans an explanation, there will be an upcoming documentary on his current struggle. Regardless of his situation, Alsina claims he does not want to be treated like a cancer patient and that he will do his best to give his fans his all in return. He has announced an upcoming tour for this summer. The Don’t Matter Tour kicks off in late July in San Antonio, Texas. The tour will run until September 3rd. Tickets available are on sale now. 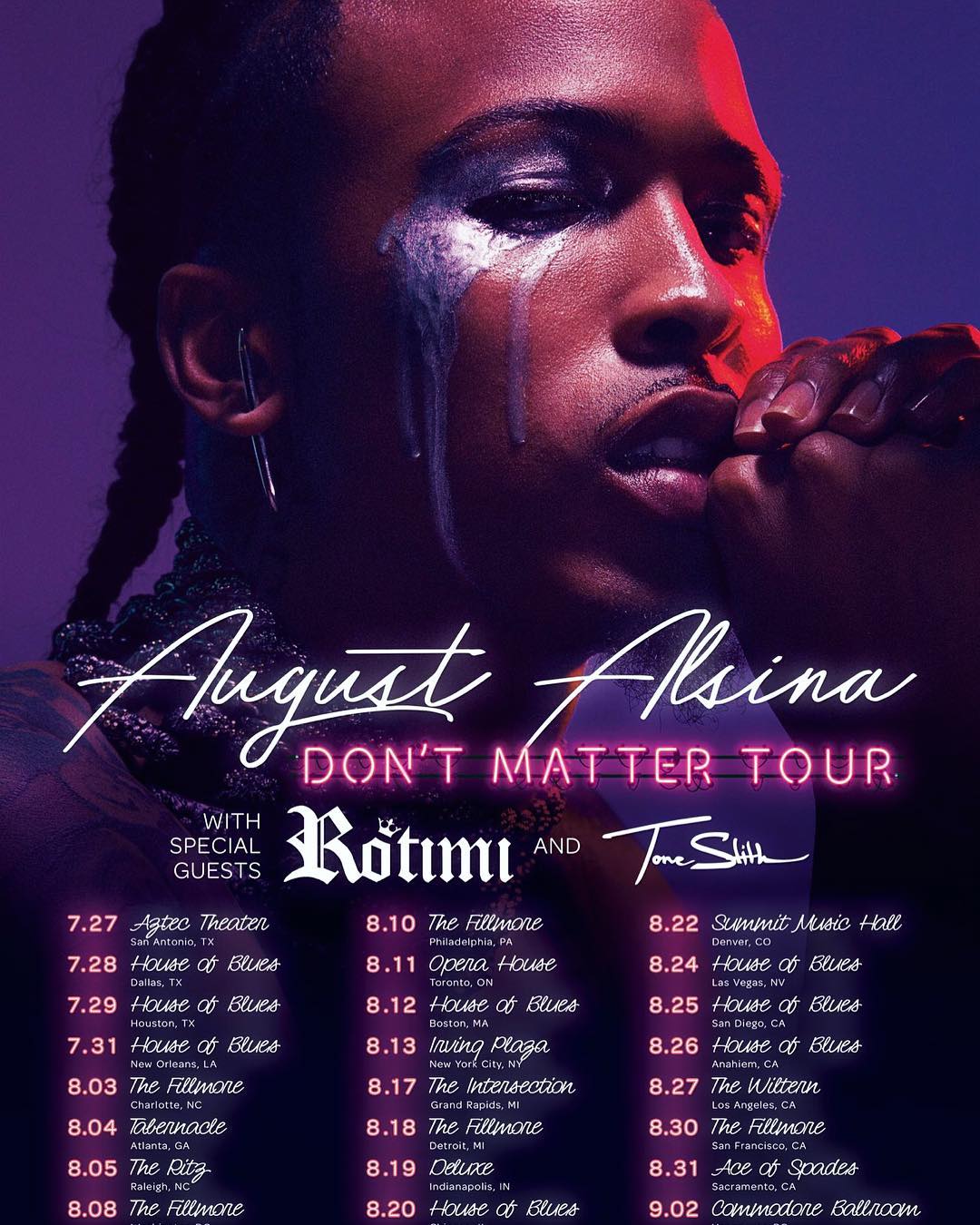 Previous ArticleMotown: The Musical - Not Your Grandpa's Jukebox
Next ArticleNext Up: Meet Ozmosis, the San Diego MC with a Message for Mumble Rappers
NIPSEY HUSSLE TUC RECAP