NEXT UP: Ally Ryan is Ready to Be Front and Center

Ally Ryan is a prime example that chasing your dreams and using your gifts can lead to success. Her natural talents led her to write the song “Waves” for Kat Deluna, and shortly after became number one in Japan! Now, Ally is focused on bringing her voice to the light and that led to the success of having her single, “Wasted” on the billboards charts. 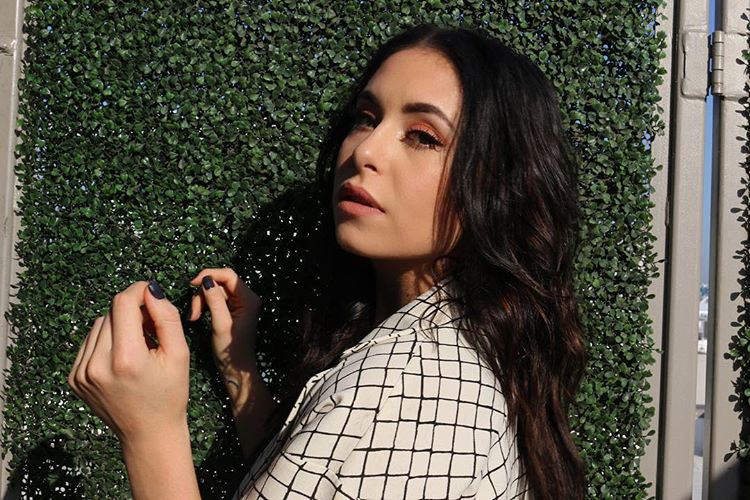 Massiel: How old were you when you started singing and when did you know that this would be your calling or career choice?

Ally: I got my first microphone around the age of three. I was putting on shows like it was my job. I really took interest when I was 7 or 8. I went to my mom one day and I was like I want to take vocal lessons, I want to perform. She put me in lessons immediately and I started performing that next year. I knew then that I wanted to perform. I started writing at the age of 13 and that’s when it made sense to me. I started to let out my emotions through my music and my friends started to relate to my music. That’s when I knew it’s what I wanted to do.

Massiel: Were there any musical artists that you looked up to growing up?

Ally: Funny enough, Brittany spears was my favorite human at the time. I also really wanted to be on Disney Channel so I really looked up to Hillary Duff. But when it comes to music I listened to Stevie Wonder, Jackson 5, Michael Jackson, and Prince. All of that good music, I would sing and dance to it all the time, so i think that helped as well.

Massiel: So let’s talk Kat Deluna. You wrote ‘Waves’ for her and it went number one in Japan. How did that success feel?

Ally: I was shocked. I had a freak out moment. The crazy part is that I wrote that song and thought it would be my single. Kat showed huge interest and I thought ‘you know what, I want to come into this industry as a writer.’ So it felt like a great opportunity. I had no idea that it would be that big of a success so I was extremely excited and I couldn’t wait to have my music out.

Massiel: Your song ‘Wasted’ was on the billboard charts, now how does that feel?

Ally: That still to this moment is a surreal ting for me. It started at number 8 and now we are at number 5. It was a dream come true, having that reaction for the Kat song and then being able to put my own music out and having the same response. I honestly could not ask for more. It’s crazy and it pushes me to put out more music.

Massiel: Are there any projects we need to keep our eyes out for?

Ally: Yeah, we are just about done with my EP. It’s about 6-7 songs. That should be out towards the end of the year. But I also can’t stop writing so who knows what’s going to happen.

Massiel: What tips do you have for anyone wanting to follow his or her dreams like you?

Ally: The thing my mom always tells me and the thing that stays in my head is “No one is ever going to work harder for you than you.” I think that is something that I live in my everyday. Obviously I have a great team around me but at the end of the day nobody is going to do what I can do for me. I think that is the main thing I want to get through to people. Support systems are great but at the end of the day everything comes down to you and how bad you want it. If you really put your mind to something, then there is nothing you can’t do.