Next Up: Singer, Actress and Dancer Skyler Wright

It’s pretty common to meet someone who has an incredible singing voice. I’m sure you’ve come across people who can dance really good as well. How about a young adult who can sing, act, dance, has been in a successful movie and a Dominos commercial? It’s not often that you meet someone as multi talented as Skyler Wright. It’s no wonder people call her a “Triple Threat”.  She’s made a name for herself and continues to take everyday as an opportunity to put her talents to good use. As a kid Skyler knew that her passions would take her somewhere in this world, and has made the stage a second home.

Massiel: At what age did you start singing and acting?

Skyler: I started taking it seriously around age 10 and 11. I did sports when I was younger and I always felt like there was something calling me to be on the stage. I was always the kid playing on the karaoke machine. I decided to sign up for a play and the director came up to my mother after and told her ‘Where has she been all my life?’ That kind of started it all.

Massiel: Who were some influential actresses or singers that inspired you to pursue this as a career?

Skyler: I always looked up to Scarlett Johansson. She is someone who never rested on the fact that she is pretty. There’s a lot of people who see her as the hot girl in the action movies but she’s been able to carry her own. Same thing with someone like Charlize Theron, who I think is one of the most gorgeous women on this planet, but she is also one of the most talented actors. 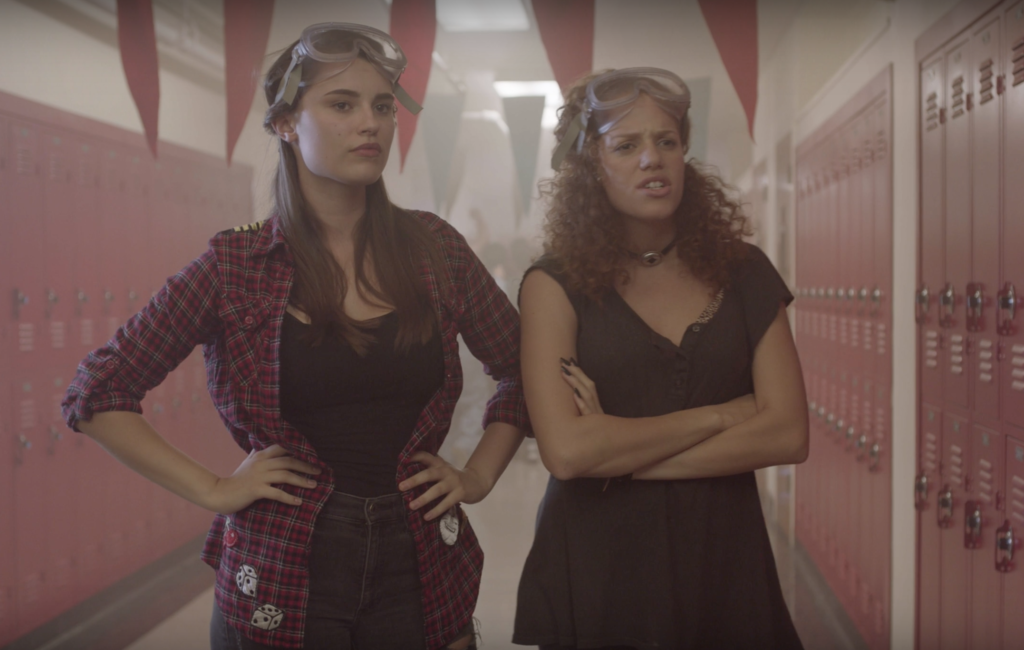 Massiel: You act, you sing, you dance; which one of these talents is your favorite?

Massiel: When you are on the stage, what is running through your mind? Any fear or nerves when you are up there or does it just feel amazing?

Skyler: Honestly being on stage is kind of a tunnel vision experience for me. There have been times where I have either ripped clothing on stage or hurt myself and not even realize it until I am off stage. You are under such an adrenaline rush; sometimes you forget the world around you; which is good. You have to be in that specific world.

Massiel: You were in the Forger, How did it feel watching yourself on screen?

Skyler: It was crazy actually. It never really sank in, even since the movie. Every single movie or TV shows, or anytime I see myself on the domino commercial, it never hits me that that’s me. I still feel like an audience member. You go through the emotions of being on set and filming and then months go by and all of a sudden you watch yourself and go ‘Oh! That’s me.

Massiel: Do you ever critique yourself?

Skyler: Yes, Definitely, all the time. Anytime I post a video on YouTube video or a video of me dancing in class, I am always thinking what I could do better. It’s the ‘tortured soul of an artist’ you know? You wish you could go back and do it all over again.

Massiel:You were on “Grease Live”, which had various Emmy nominations. How was that experience for you?

Skyler: It was incredible. It was like being in high school again but all of my classmates were celebrities. Working with the celebrities, it was better than i expected. All of the lead characters had been working on this production for 3 months. Then they had brought in a group of people to be students and they were only rehearsing on it the 2 weeks leading up to the production . Since the beginning of me being there, everyone there knew that this was going to be something that was going to turn out really well. There wasn’t a single person there that wasn’t in it to win it.

Massiel: What are some projects you have in store? Where do you see yourself and your career in a couple of years?

Skyler: Currently I just finished working on a show for full screen, which is an app that is kind of like Netflix. Each original series has different social media stars and YouTube stars. So I just did a show for them. My commercial still is out and about in the world. Other than that I am auditioning non-stop. I am starting to work on more music and still always dancing. As far as my career, I am not the kind of person that sets large goals for themselves. I feel like a lot of people worry too much about the end product and not about getting there. I know being in this industry; everyone has goals behind them. I think it is important to take everyday for what it is. I am going on auditions, I am working hard, and I have a great support system. Awards will come if they do and if they are deserved.

Massiel: Do you have any advice for people who want to pursue the same career as you?

Skyler: In this industry, a lot of people can stir you in the wrong direction. People can make you feel like what you are doing isn’t right. It is important to follow your gut and stick to who you are. Even if you aren’t fully aware of who you are, never allow someone tell you who you should be.

Previous ArticleWhat's Beef, and What's Too Much Beef?
Next ArticleTUC 5: Shows on Netflix Now For The Hip-Hop Enthusiast
Comments (54)
NIPSEY HUSSLE TUC RECAP