Words can not describe the emotional roller coaster that Game 1 of last night NBA Finals matchup between the Cleveland Cavaliers and Golden State Warriors had me on. The Cleveland Cavaliers hung toe to toe with the defending NBA Champs until arguably the biggest gaffe in NBA history let alone the NBA Finals. Check out these highlights below courtesy of Rapid Highlights.

LeBron James was sensational in Game 1 as he recorded a stat line of 51 pts, 8 rebs, and 8 ast. Unfortunately for LeBron, he became the first player in NBA History to score 50 + points in an NBA Finals game and lose. And while it might be unfair to point the blame at one player for this Cavaliers lost, J.R Smiths mental lapse in the closing seconds of Game 1 surely must be highlighted along with numerous questionable calls by the officiating crew.

Credit must also be given to Steph Curry and the Golden State Warriors for displaying their championship pedigree and remaining poised during tenuous moments. Although the box score would show that Kevin Durant had 26 points and 9 rebounds, he was highly inefficient judging from his 8/22 shooting from the field along with his poor effort to box out JR Smith on the rebound off of George Hill’s missed free throw that led to J.R Smith’s blunder. Had J.R made the right basketball play in that scenario, Kevin Durant might be the subject of this article as well as many others in sports media. But for JR would have to live with these memes for the next 48 hours. 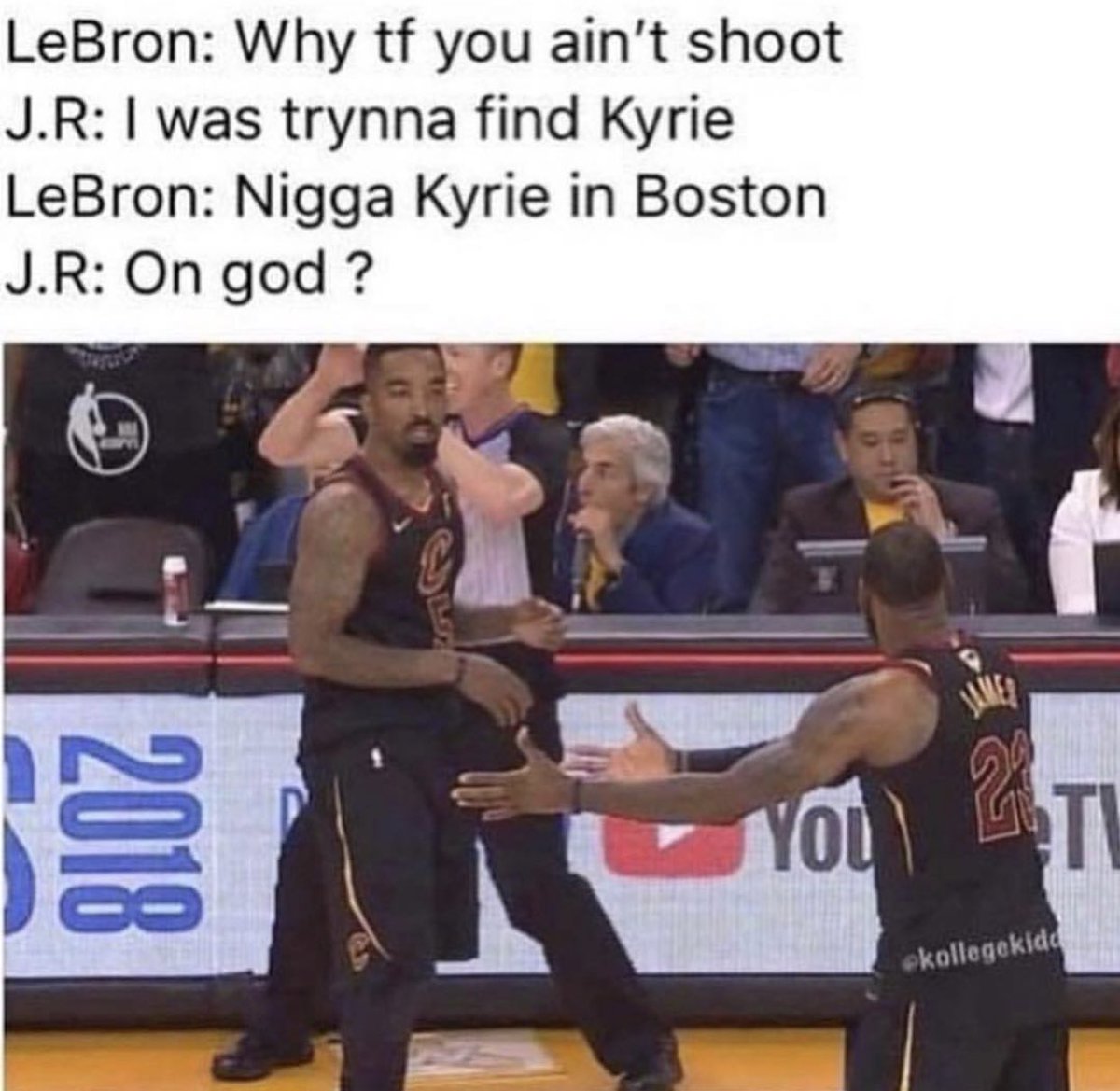 Game 2 of the NBA Finals kicks off Sunday night at 8 PM ET on ABC at the Oracle Arena in Oakland, California.