We all thought that it was a sure thing that once the 2019 NBA Draft Lottery was officially in the books that the next NBA prodigy, Zion Williamson would be a New York Knick. After all, it’s been 34 years since that Knicks fans were this excited about drafting a collegiate prospect and that guy was Patrick Ewing, who would then go on to change the fortunes and the culture of the franchise. The Knicks are a team in desperate need of a culture change and Zion Williamson was supposed to be the pillar of that change. Whether serving as the new face of the franchise or being used as trade bait to lure a superstar such as Anthony Davis via trade, The Knicks organization and fans were banking on the ping pong balls falling in their favor. The draft lottery  results don’t mean that the Knicks can’t still make that happen with the third overall pick in the upcoming draft, but unless teams are foaming at the mouth at the possibility of drafting R.J Barrett, it’s looking very likely that the Knicks would have to rely on landing a superstar or two via free agency to change the culture of their franchise.

Last night should have felt like a joyous occasion for any New Orleans Pelicans fan and perhaps once July roams around and they still have Zion along with Anthony Davis, who spent the season, making it known that he would like to get traded from the team and potentially land in LA with LeBron James. The prospect of Zion Williamson partnering up with a healthy Jrue Holliday and happy Anthony Davis, who is just entering the prime of his career is a scary proposition for the other 29 teams in the NBA. But as a Pelicans fan, you can’t help but wonder how much brighter the future of the Pelicans would look had they traded the discontented Anthony Davis to the Lakers for a package of Lonzo Ball, Brandon Ingram, Kyle Kuzma, and a Lakers first-round draft pick that would go on to be the fourth overall draft pick after last night’s lottery conclusion. Having draft picks and young prospects aren’t a recipe for future success (See the Phoenix Suns), but at least it would give a fan-base optimism for a brighter tomorrow when the current regime has resulted in failure after failure.

Should Zion Be Happy About Being A Future Pelican? 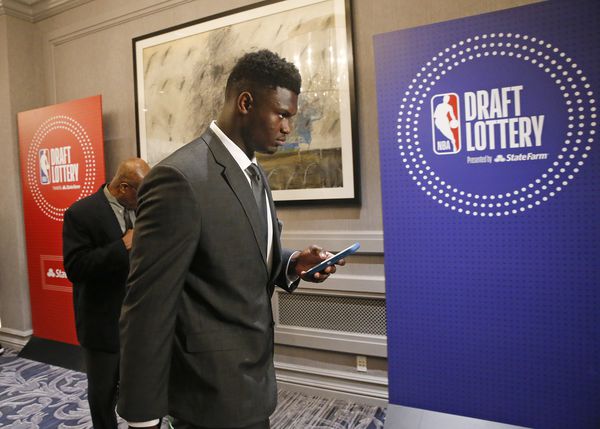 In my opinion, absolutely not! After all, this is a franchise that drafted two future Hall of Famers in Chris Paul (New Orleans Hornets era) and Anthony Davis (Twilight of the Hornets era and birth of the Pelicans era) and failed to build a perennial championship contender with either. This is the same Pelicans franchise that traded away a young sharpshooter who is a 2019 NBA Most Improved Player candidate in Buddy Hield for an all-star big man in DeMarcus Cousins who wasn’t the best fit around Anthony Davis’ skill set. This is the same franchise that would break up a team that swept this year’s Western Conference Finals participant, Portland Trailblazers, in the first round of last year’s playoffs as a 6th seed.

However, one potential bright spot is that there is a new regime in place. Former Cleveland Cavaliers GM, David Griffin now serves as the EVP of Basketball Operations for the New Orleans Pelicans franchise. Griffin was able to build a championship team around LeBron James, but he was fortunate enough to inherit a superstar such as LeBron James. Griffin is tasked with the difficult task of trying to convince Anthony Davis to sign a long-term contract to stay with the Pelicans. And while there is a slight chance that the Zion Williamson sweepstakes may entice him to stay put, one can’t help but feel that the NBA’s next transcended star is being wasted in one of the league’s smallest markets.

Don’t get me wrong, I am not against small market teams. After all, look what the “Greek Freak” is doing in Milwaukee and the tandem of Westbrook and PG13 is doing in OKC? But the difference is that those teams are perennial playoff and occasional championship contenders. Never in the New Orleans Hornets/Pelicans history has the franchise ever appeared in the Conference Finals. It’s not a death sentence for the league that the most hyped rookie prospect since LeBron James is not in the New York market (as of now). The Chicago Bulls, Los Angeles Lakers, and even a team with a potential superstar already on their hands in the Atlanta Hawks, all could have benefited greatly from landing Zion with the number one pick. The big market teams in the league of starving for talent and to get back on the national radar. Yes, the Boston Celtics and Philadelphia 76ers are relevant again, but the league needs the Bulls, Knicks, and Lakers to come join the fray. Zion Williamson would have likely done just that for those franchises last night.

Previous ArticleFirst Reactions to Godzilla: King of the Monsters Are In and They Are Better Than We Expected
Next ArticleSunny Skies: NYC Events in June 2019
NIPSEY HUSSLE TUC RECAP