Yesterday one of the most anticipated games took place at the Toyota Center in Houston, Texas. The Houston Rockets versus the Golden State Warriors. This game was the most watched West Finals first game in history. According to TNT, the game had an average of 8.8 million viewers in total. This series is going to be a hard tough one to call because both of these teams are phenomenal! Last night the Warriors took the Win with the score being 119-106, now this was an extremely close game and it definitely kept everyone on their toes. The series is now 1-0. If you didn’t get to catch the game last night below is a link to the highlights of the game.

The leading scorer of the night and on the Rockets was James Harden. Harden had a total of 41 points, 4 rebounds, and 7 assists. He was on fire last night, and you could clearly see that he’s not going out without a fight.

Following Harden on the Rockets, the second leading scorer on the team was Chris Paul he had a good 23 points, 11 rebounds, and 3 assists. Remember this is his first appearance in the Western Conference Finals.

And the third leading scorer of the night was Clint Capela. He had 12 points, 3 assists, and 6 rebounds. 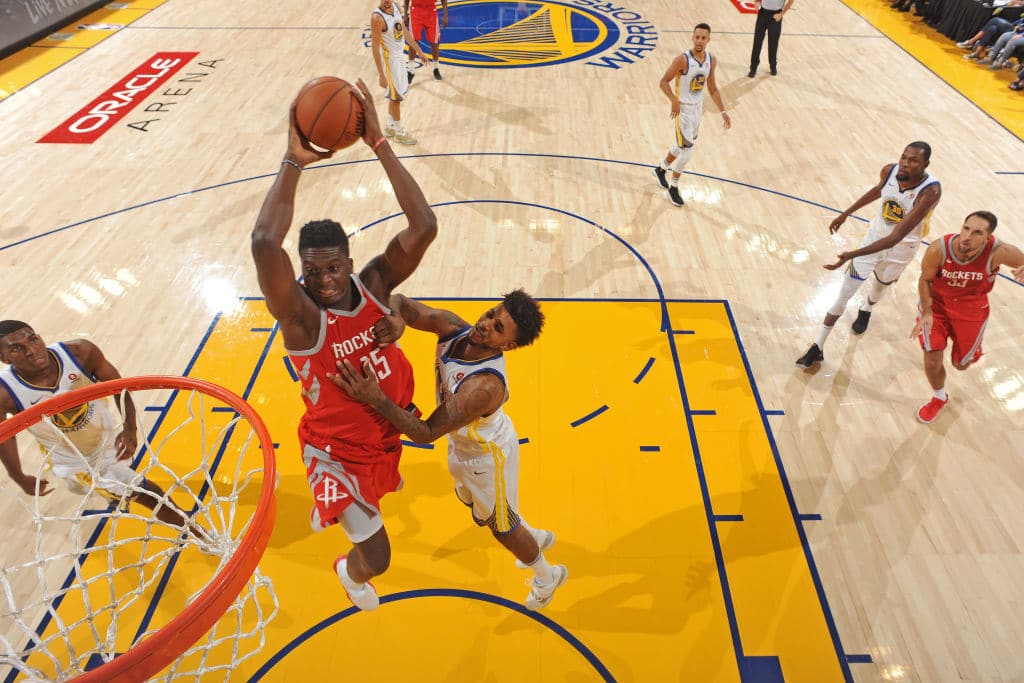 As for the Warriors, their leading scorers were, of course, Kevin Durant, Klay Thompson, and Stephen Curry.

Kevin Durant leads the pack with 37 points, but only had 3 rebounds and 1 assist.

Klay Thompson was able to knock down 28 points, with 4 rebounds, and 2 assists.

Stephen Curry had a total of 18 points, 6 rebounds, and 8 assists. He’s been on fire ever since he returned back from his injury.

Its extremely clear that this series is probably going to go to game 7 because both teams are impeccable. The next game takes place tomorrow May 16th, 2018 at 9:00 pm at the Toyota Center in Houston, Texas again.

This is a tough one but I have to ask who do you think will take home the Win tomorrow Warriors or Rockets? Let me know in the comments below