Joel Embiid is the Voice of the Voiceless in Philadelphia

Since entering the NBA, Sixers franchise star Joel “Do-a-180” Embiid has embraced his role as the man of the people. Never one to shy away from the spotlight, Joel Embiid has continued to embody the very spirit of Philadelphia. Over the weekend, Joel Embiid committed to donating his winnings, $100,000 to be exact, from the NBA All-Star Game to several Philadelphia homeless shelters. The money will go to various charities and organizations that help combat the rising homelessness. The Sixers even helped with an additional $100,000 to match.

“So many have fallen on such hard times during the pandemic,” Embiid said in a statement released by the team announcing his donation. “I felt it was important to provide more support for individuals and families struggling with homelessness and food insecurity. I’m continually grateful for all of the support that Philadelphia and the fans have given me not just around All-Star but all my years in the league. I will continue to help in any way I can.”

Joel Embiid was set to play for Team Durant ,but was ultimately sidelined, along with teammate Ben Simmons, due to health protocols and contact tracing. The duo is reported to be missing their upcoming Thursday game against Chicago with a timetable to return up in the air. This past NBA All-Star appearance marks Joel Embiid’s fourth straight All-Star selection.

Many supporters praised the All-Star center for his efforts to give back to the city that embraced him from day one. The Sixers owners, Josh Harris and David Blitzer also received praise for doubling the donations.

Sister Mary Scullion, the co-founder and executive director of Project HOME, wrote on social media that the organization is “so grateful for Joel’s big heart & the instant impact his wonderful gift – along with a match from Josh Harris & David Blitzer of the Sixers – will create for so many.”

Project HOME, one of three Philadelphia homeless organizations that received donations, took to social media in a pair of posts to thank Embiid and the Sixers for their donations.

“Thank you Joel Embiid for your generosity and for your support of our collective work to end homelessness in Philly!,” the organization wrote.

“Thank you, Josh Harris and David Blitzer!,” the organization wrote in a separate post. “We are so fortunate to have the support of the Sixers! Your gift will provide immediate support to Philadelphians experiencing homelessness.” 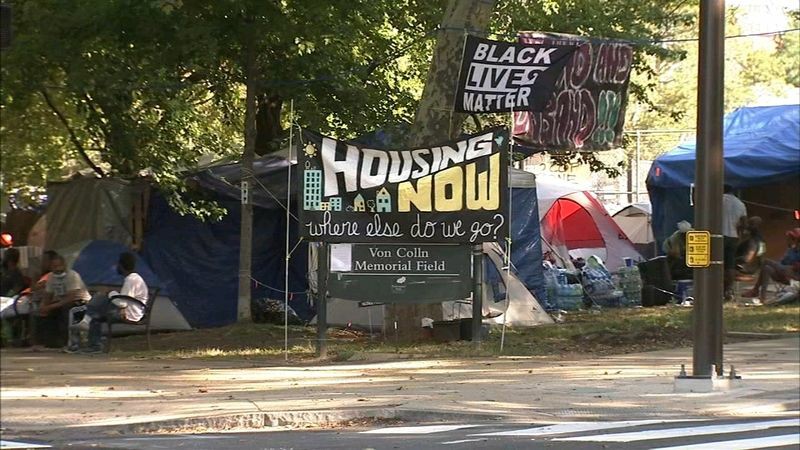 Joel Embiid’s donation comes in the aftermath of one of the biggest homelessness protests of last summer in the city. Amid the rise of riots and injustice in the summer of 2020 in Philadelphia, many protest leaders and the homeless occupied two major parks and builder two encampments. The move came after the city failed to provide assistance for the numerous people left without funding and housing for the coming winter. Despite pressure from the Philadelphia police, the Mayor’s office, and parks developers, the two groups stood tall.

With the help of the local media, the encampments were able to meet with the Mayor’s office to resolve the issue. The encampments led to Parks and Rec community events to be held on the park ground to be canceled. As August approached both sides were able to come to an agreement and take down their barricaded encampment in exchange for housing in the various abandoned houses owned by the city of Philadelphia and better resources for the needy.

Previous ArticleWhy Native Americans and Indians are Not the Same Thing
Next ArticleNo One Would Tell, But Maybe Somebody Should
NIPSEY HUSSLE TUC RECAP