Under The Radar: Chase Shakur 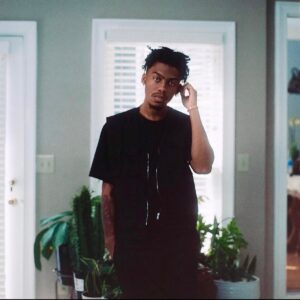 Scouring the internet and streaming services for new music can be rough. But when you find an artist bubbling to the surface of their respective genre and the first song you hear is fantastic, you get that sweet feeling of satisfaction. This happened to me when I stumbled upon East Atlanta’s own Chase Shakur. Shakur is a rising R&B artist making his name known around the internet fast. His low melodic singing isn’t too much or too little; it’s just the right amount to command the listener’s attention and take them on a melancholy ride. This was prominent on singles like Melt Down. and No Call No Show

Shakur’s sound reflects the current stage of R&B. Like in every genre, we have subgenres that form out of artist curiosity to try something conventionally new and unique. Shakur resonates with the sub-genre of dark melodic R&B, something formulated by The Weeknd in 20011 with his trilogy album. Since then, you have artists like Brent Faiyaz and Atlanta’s own 6LACK that prominently carry that torch. It seems Shakur is carving his own name and style on that wall of artists.

He is a member of an Atlanta creative group called Forever N September. The collective comprises East Atlanta artists, producers, videographers, and creatives. The collective is a source of community to uplift each creative in what they do. This is a great example of Atlanta’s unique music scene. Unlike cities like other major cities’ music scenes, creatives in Atlanta tend to not really compete with one other but grow a community of creatives together. The sense of community with artists and creatives collaborating for the love of the art will always give them a leg up in this space because those genuine relationships matter most in this industry.

In an interview with Voyage ATL, he goes more in-depth on his struggles so far. “I think the struggles in the journey are what really makes the music stand the test of time; when I started doing music, I didn’t do it for money or clout; I did it because I love it.” The stance he takes on doing music because of the love of music is a characteristic that can separate the good and the bad in rising young artists today trying to gain notoriety and a fan base.

The young singer recently released a new single this past April, Too Far Close. Ever since the release of the single, it has done numbers in the hundreds of thousands on streaming services. It also made its way to platforms like TikTok and made its impact on social media as well. The single has been placed on Tidals Rising R&B playlist and many more. It is safe to predict that an album or at very least an EP is on the horizon for the young singer. With his name already swirling in the R&B scene and a growing single in Too Far Close, it’s safe to say this is only the beginning for the young East Atlanta singer.