We can all agree Travis Scott and Kendrick Lamar have both been on a roll lately. On April 3rd, Travis Scott finally released his visual to his hit song, “Goosebumps” featuring West Coast’s King of Rap, Kendrick Lamar. In the 3-minute video directed by BRTHR, Travis Scott provides us with a trippy visual, full of specials effects along with colorful graphics, transitions, and views to the underworld. From Travis’ perspective in the video, it seems like he’s caught up in a psychedelic trip while Kendrick is stuck trying to escape hell. Travis explains, “The song to me was just a mad expression. It really came from deep down and I felt the video really had to give the people part of my conscious.”

“Goosebumps” debuted at the No. 91 position on the Billboard Hot 100 charts. Last week, Travis Scott announced to his fans the song has officially gone platinum. This video was followed by Travis’ 14-minute short film to his sophomore album, “Birds in the Trap Sing McKnight”. Travis also previewed a few snippets to his much rumored, Travis x Quavo Collab last week.

There is much to be expected from Travis Scott this year. Aside from the possible Travis x Quavo Collab, Travis has said to be working on his newest upcoming album AstroWorld. Although there is no set album release date, he confirmed the album will be out sometime this year. 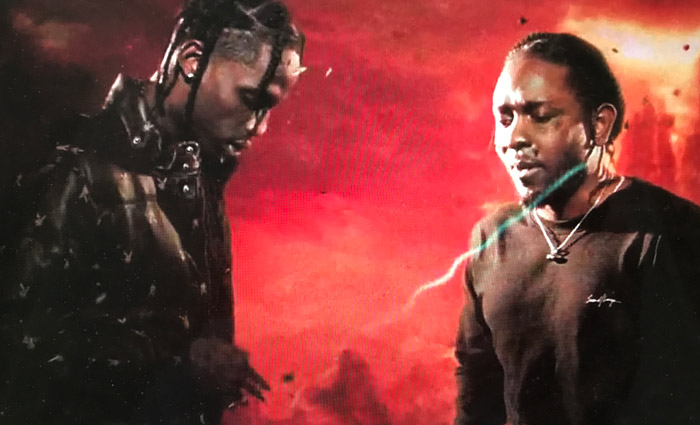