Thugger Drops ‘So Much Fun’ and It Is Exactly That

Friday August 16th, Young Thug dropped a brand new album named ‘So Much Fun’. His last solo project was ‘Beautiful Thugger Girls’ which dropped in 2017. Not everyone was convinced that Thug was truly as great as he was during his mixtape days. However, listening to his new album is truly so much fun, pun intended.

The beginning starts out a bit slow but picks up with a song named ‘Hot’ that includes a feature by Thugger’s protege Gunna. As soon as the song begins you are entrapped in the immaculate beat and can’t help but want to dance. From this point on, it seems that the entire album consists of hit after hit after hit. Thug also has features from a multitude of popular artists such as Future, Lil Baby, Gunna, Quavo, and many more.

This is definitely one of Thugger’s best albums to date. He has proved himself to be a multi-faceted artist time and time again. Since his last album, he has managed to get a feature from the one and only Elton John, and has also dropped the single ‘London’ which was his first Top 20 hit in his career. He has been able to sustain himself in the ever-changing hip hop world for over a decade and this album further proves that he is here to stay.

In the midst of the raving feedback on this album, one artist, YFN Lucci, had some very opposing views. Here is a screenshot of what he posted about the album on his IG Story: 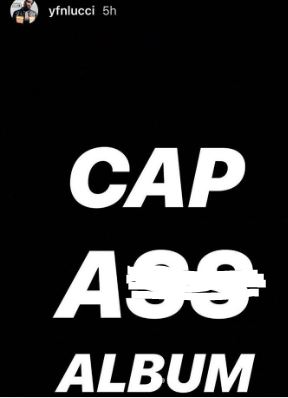 He also went on to say that Young Thug allegedly almost defecated on himself when the two encountered each other at the infamous Lenox Mall in Atlanta. The beef between the two rappers started back in 2017 and clearly hasn’t stopped since. Thugger responded to Lucci’s shots in an Instagram live story where he said that he “would slap Lucci on sight”.

Nonetheless, the petty drama can’t take away from the musical art that Thug has put out. He is set to start a tour extremely soon with Machine Gun Kelly, YBN Nahmir and many more. If you haven’t listened to the album yet, then be sure to do it soon. It’s bound to change your life.