Superman and Batman have nothing on these guys. 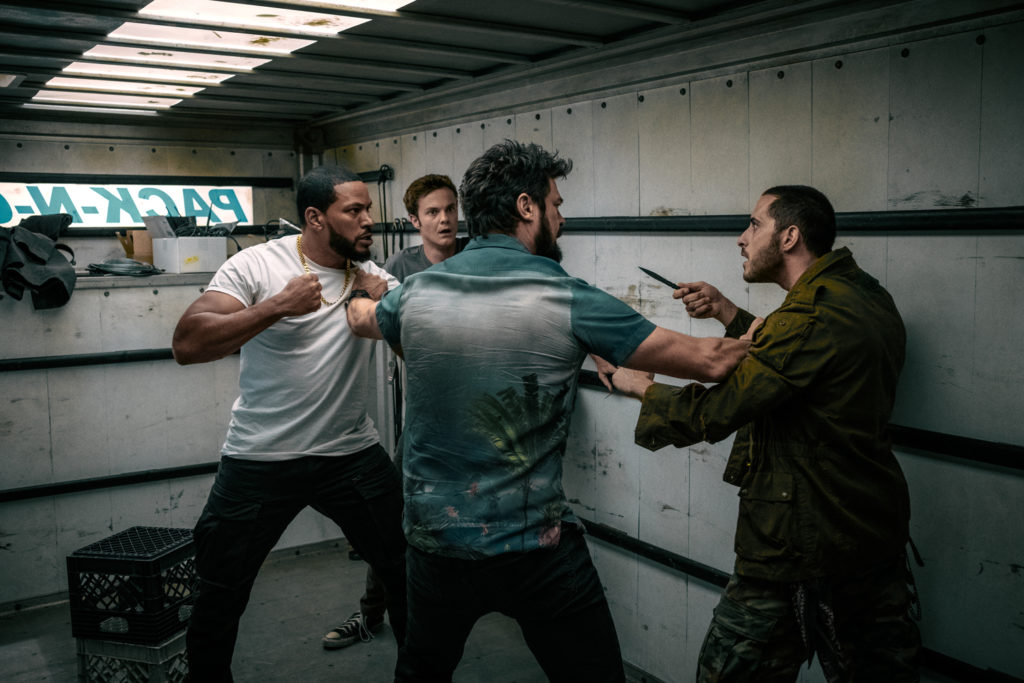 In a world where superheroes exist, would things always be about the pursuit of truth and justice? Or would the God-like celebrity status eventually prove to be too much to handle? With problems such as corruption, scandal, politics, and personal drama affecting even regular citizens, what would happen if superpowers were thrown into the mix? These questions, and plenty more, are all raised and answered in Amazon Prime’s new breakout hit series, The Boys. 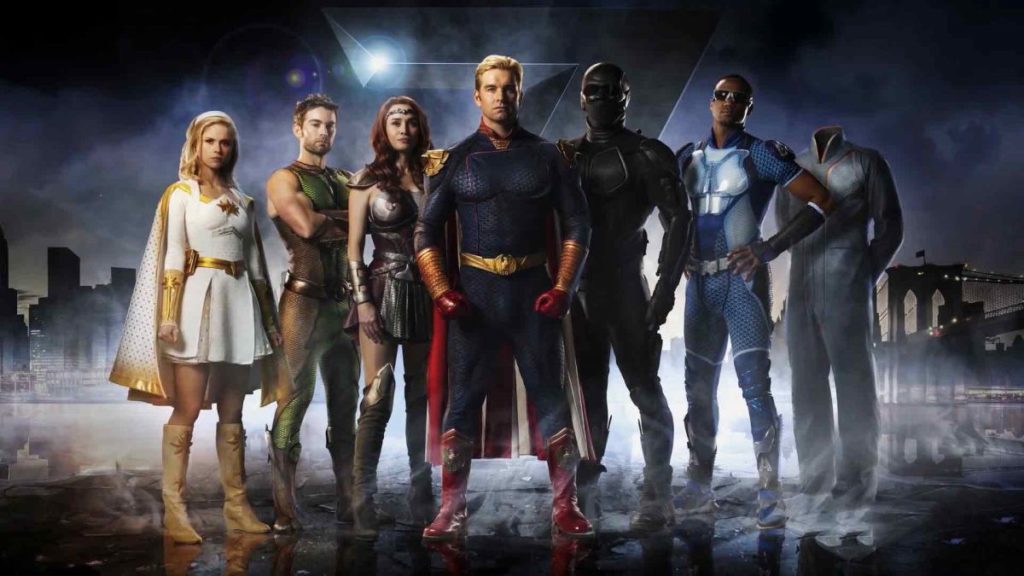 Based on the American comic book series of the same name created by Garth Ennis and Darick Robertson, and published by Dynamite Entertainment, The Boys presents a more realistic, and often completely terrifying, example of what a world with real superheroes might consist of. Most of the plot focuses on two specific groups: The Boys, the titular team of vigilantes looking to police the heroes and keep them under control, and the Seven, a Justice League-ish superhero team owned by the shady mega-corporation, Vought International. The series stars Karl Urban, Jack Quaid, Laz Alonso, Erin Moriarty, and Jessie T. Usher, alongside several other notable faces. 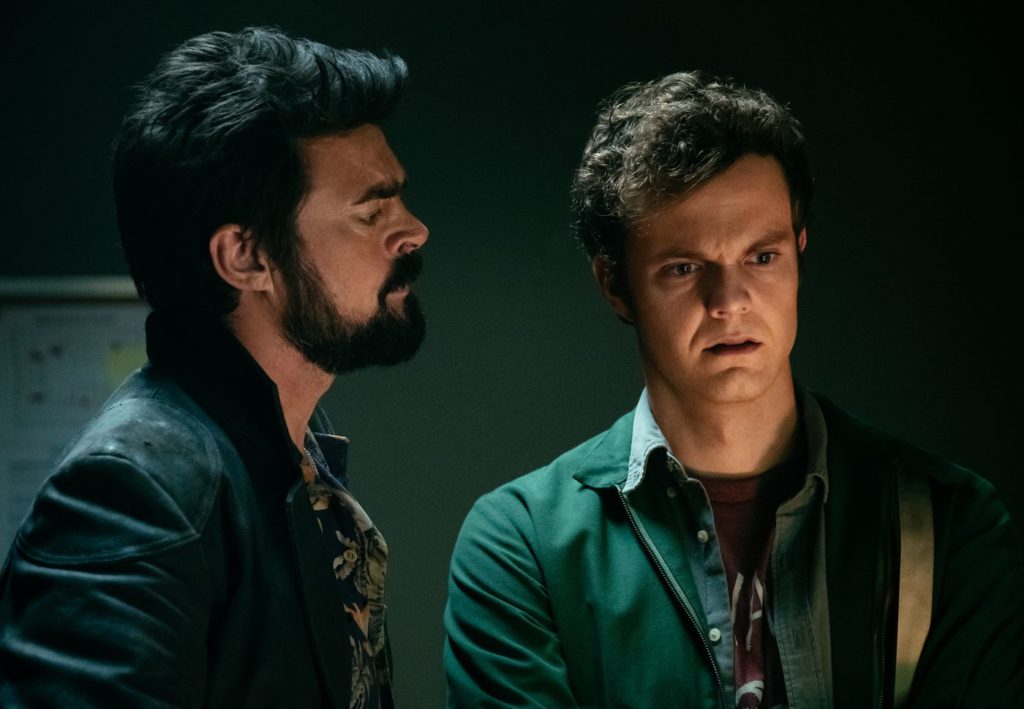 Following two parallel narratives, the story starts when ‘average joe’ Hugh “Hughie” Campbell (Jack Quaid) witnesses the violent death of his girlfriend as a result of causality from the speedster hero, A-Train (Jessie T. Usher). Being asked by Vought to sign a confidentiality agreement in exchange for money, Hughie is distraught at the idea of covering up what really happened and soon finds himself approached by the mysterious Billy Butcher (Karl Urban). Butcher, having a vendetta against the Seven’s leader Homelander, recruits Hughie to help infiltrate the Seven’s base, leading to an unfortunate series of events that has Hughie’s whole world turned upside down. 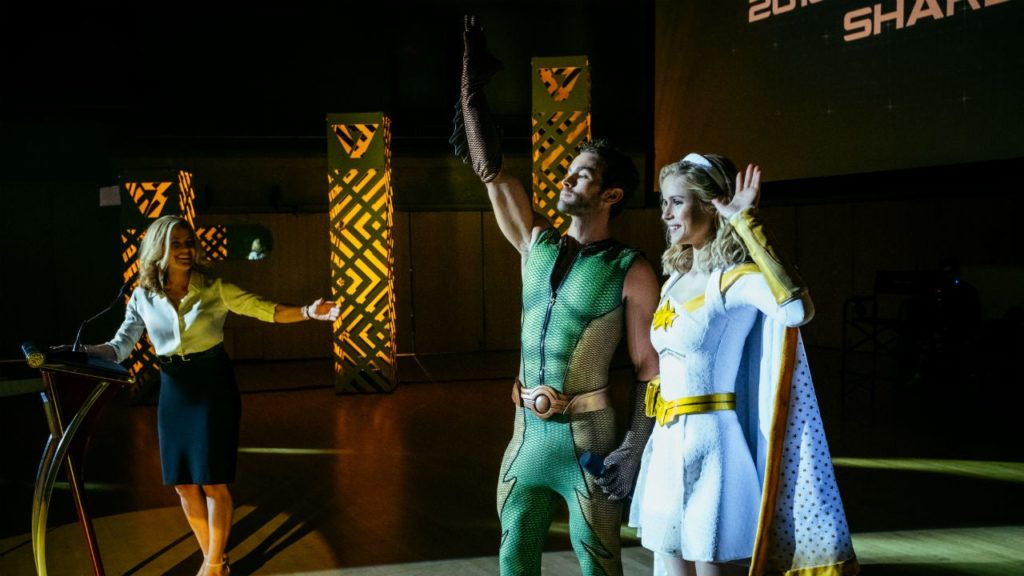 Meanwhile, newcomer Annie January (Erin Moriarty) has just joined as the newest member of the Seven under the hero name: Starlight. Ecstatic that she can finally live out her dreams of saving people, Annie quickly learns that the world of professional superheroism is a lot more complex and underhanded than she believed it to be. And, in an ironic twist of fate, finds herself unknowingly clashing with her newfound friend and love interest, Hughie.

The Boys is not your typical superhero story and, honestly, that’s one of the best things about it. Gone are the clichés we’ve come to expect from tales of super-humans and devious villains, in favor of a grittier and more chaotic world where the heroes might be just as bad, if not worse, than the enemies they face. From the first episode alone – practically the first five to ten minutes – you immediately understand that show holds no punches and is sure to keep on your toes until the very end. 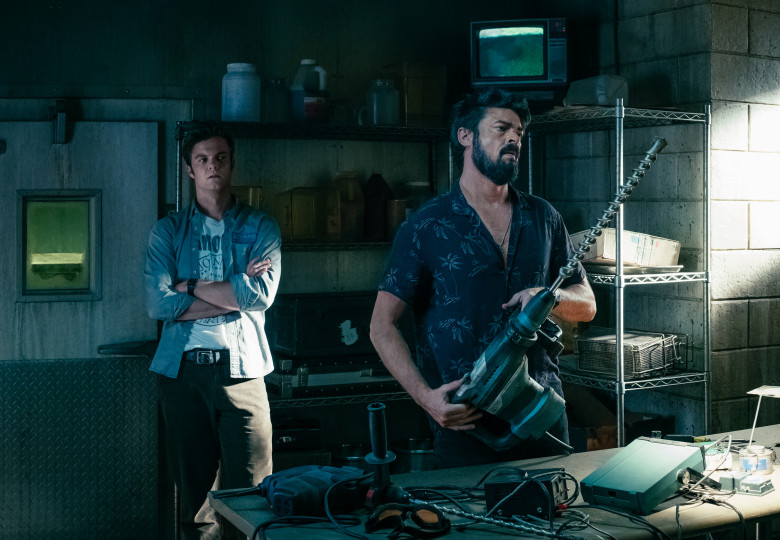 Mixing suspense and drama with perfect comedic timing and slight bloodshed, The Boys is a must-watch for anyone who’s a comic book superhero fan or just looking for an unpredictable rollercoaster of a series. The first season is up on Amazon Prime and consists of eight, hour-long episodes.

Previous Article5 Tips That Will Save You Money.
Next ArticleThugger Drops 'So Much Fun' and It Is Exactly That
NIPSEY HUSSLE TUC RECAP