The Sound From Across The Atlantic

America vs The United Kingdom

US Rap vs UK Rap

For two countries that speak the same language, the differences between America and the UK seem to be endless and they don’t elude the contrasting rap cultures. UK rap and US rap seem to be vastly different, from lyrical flow to instrumental aesthetics. Because of these disparities, it has been very hard for UK rap to resonate with the American consumer and thus, break into the US market. However, within recent years the global popularity of rap from across the Atlantic has seen unprecedented growth. Through the development of rap prodigies such as Stromzy and Dave as well as various transatlantic collaborations, the UK has begun to see increased popularity within the US.

Despite both coming under the umbrella term of ‘rap’ the UK scene takes up a drastically different sound to that constructed within America. It is important to understand that the term ‘UK rap’ actually has many sub-genres: Drill, Grime, Trap, Road – Rap, and Afro – Swing. Due to these various genres, the scene has constructed an extremely unique sound. At the heart of UK rap is its loyalty to its rough, unforgiving roots. Due to the majority of mainstream rappers being from America those in the UK have not often experienced the luxury of being hugely successful within the music industry. Because of this, it has resulted in a lot of artists remaining within the underground scene, one that is grittier and more in touch with its harsh reality. The UK genre is unapologetic; it isn’t afraid to discuss drugs, guns, and violence, and it refuses to alter itself in accordance for what sells. A lot of UK rap is underground, and it loves being exactly that. At the start of 2018 the UK rap sub-genre, Drill (inspired by Chicago Drill), came under a lot of pressure from the UK Government due to claims that it caused a spike of youth violence within London. Yet it is precisely this music that is used by artists as a tool to raise awareness for said violence. Drill powerhouse, Headie One, explained to Sky News during April of last year that these hyper-violent lyrics “simply describe a life many young men are forced to lead in London, far from the green grass and grand architecture of Westminster”. UK rap, especially Drill, encourages freedom of a speech, and as a result, attempts to unearth the real social problems that have been affecting people across the UK. The brutal lyricism used in the likes of ‘dutchavelli’s’ single ‘Only if you knew’ may be outrageous, but how else can the marginalized get their voices heard. Sometimes the employment of an unapologetic voice is the only way to grasp people’s attention. 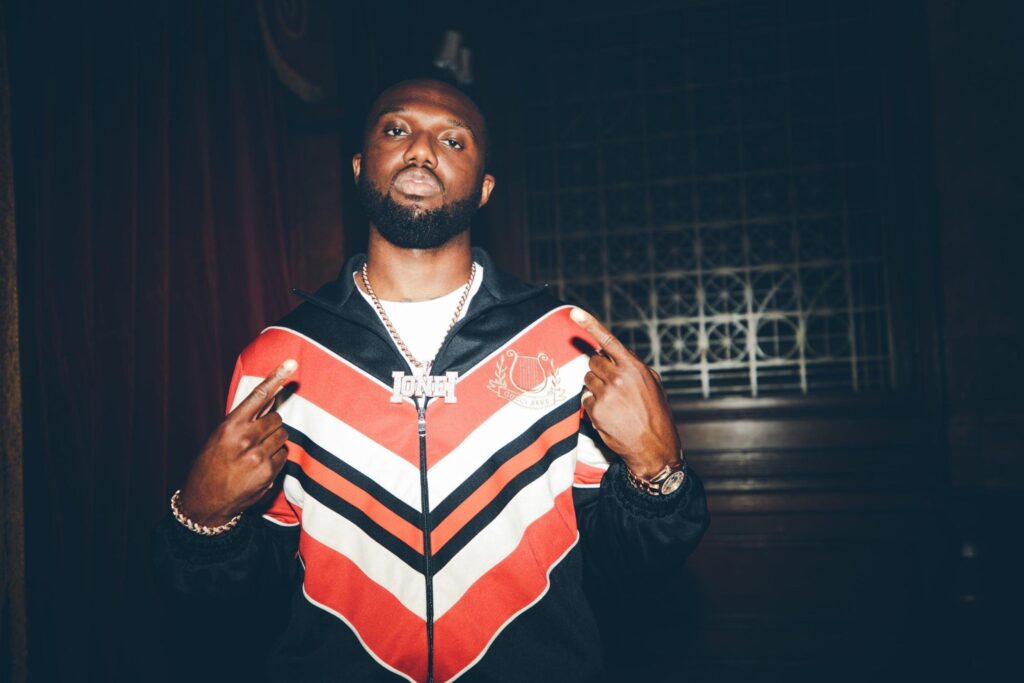 Furthermore, UK rap varies from the US scene through its utilization of musical techniques. If an American was to listen to a random Drill or Grime song the first thing they would notice would undoubtedly be the faster rhythm. Grime often has a BPM of around 140, meaning the genre possesses an inherent pace to it. The tracks often ooze energy through their wild rhythm, aggressive electronics, and bouncy acoustics. A common technique of UK rappers to achieve this unique rhythm is to almost start rapping early before the beat has even fully dropped, as seen within Headie One’s classic, ‘Both’. Such a flow places the listeners focus on the speedy lyricism for a few seconds, thus, giving the track a quickened pace from the get-go. Then in comes the booming beat, packed with 808s, vibrant bells, and heavy bass which constructs that unique bounce. Another aspect of UK rap that I think really accentuates its urban roots is the frequent lyrical reference to football players. You won’t have to look far to find a track in which a UK rapper creates an allusion to themselves and a famous footballer. One of the most iconic comes from Dave’s Grime classic ‘Thiago Silva’. Dave compares his agility within a fight to Man City’s Sergio Aguero, a player renowned for his dribbling and nimbleness: “Kun Aguero, man dropped the shoulder feint once / Quick kick then I drop man’s G”. This witty wordplay is common within UK rap and helps to emphasize the genres urban feel. Only those with the required knowledge will be able to understand the complexities of these metaphors. It’s very much a genre which demands a pre-existing knowledge of the culture, as UK rap refuses to divert from its original urban characteristics and accommodate for outsiders.

Due to this exclusivity of UK rap, it has struggled to take off within the American market. The different styles and idiolects utilized haven’t quite resonated with the American rap fan as well as it has with the British. However, the quality is clearly present. Commercially over the past five years, UK rap has dominated the official charts in Britain. In the five years from 2015 to 2019, UK artists’ share of Rap’s sales and streams increased from 10% to 26.9% on albums and from 15.5% to 42.2% on singles. Various UK artists achieved chart-toppers within their country last year, including Stormzy with ‘Vossi Bop’, AJ Tracey with ‘Ladbroke Grove’, and Manchester-born Aitch with ‘Taste (Make it shake)’. The authentic underground sound that I previously mentioned has started to experience a growth in popularity. This explosive growth of UK rap has been knocking on the door of the US scene for some time. Stormzy’s iconic freestyle ‘Shut Up’ sent the internet into meltdown and finally kicked that door down. Gathering 108 million views on YouTube. The freestyle is the pinnacle of UK rap; it’s no-nonsense, energetic, and lyrical. It was more than a freestyle, it was a message to the US, a statement that it was time to take the UK seriously and America did exactly that. 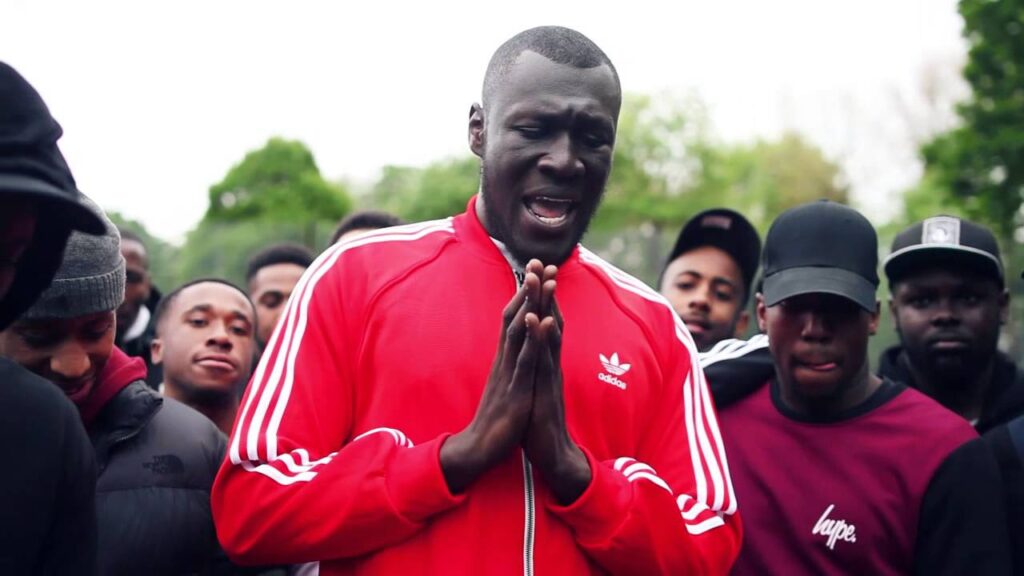 During February of 2016, Drake catalyzed a wave of transatlantic collaborations when he came out as a surprise guest at a ‘Section Boyz’ concert in London. His appearance tore the roof down, whilst simultaneously deconstructing the barrier between the two genres of rap. With a global superstar like Drake acknowledging and appreciating the UK scene, it was then only a matter of time before it’s overseas popularity blew up. Since, we have seen many collaborations between American and British rappers, resulting in some absolute classics:

These collaborations have been crucial for UK rap; in American artists working with UK ones they have given the UK scene the nudge it needed to break into the US market. Artists like Stromzy and Skepta seem to have cracked the market, and subsequently carried out very successful tours in the USA. Most importantly, however, these collaborations show an appreciation between the different genres, and thus, result in the brilliant synergy between the two. A$AP Rocky’s ‘Praise the Lord’, for example, possess musical hybridity as it utilizes both the high tempo rhythm akin to Grime, as well as the snares and hi-hats that we often associate with Trap or Hip-Hop. The visuals within the ‘Praise the Lord’ video symbolize both the similarities and differences between the two scenes. Paralleling shots of Harlem and London demonstrate the similarities between the two, whilst simultaneously exhibiting the distinctive features of both artists’ home turf. 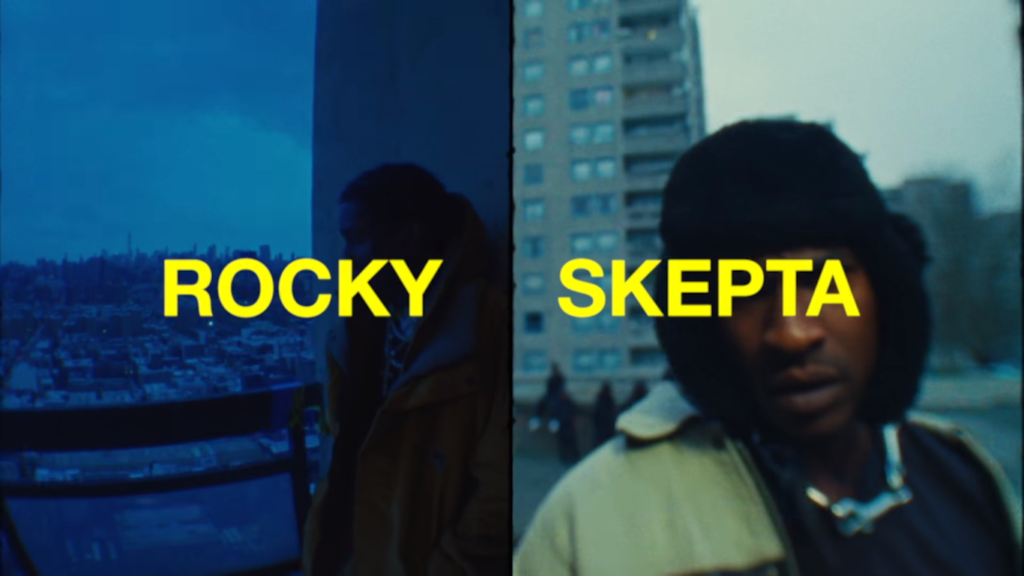 Hopefully, in the future, we will see more collaborations between American and British rappers as ultimately, they take the best bits of both genres and harmoniously unite them together in a brilliant rap hybrid. It’s through these collabs that the American listener begins to get an insight into the UK scene. A scene that will offer the US listener a new outlook on both rap and the world in general.