Heading to bookstores in 2020, the first in-depth biography on rapper Nipsey Hussle, ‘The Marathon Don’t Stop: The Life and Times of Nipsey Hussle,’ is set to release on March 24 — a few days before the anniversary of Hussle’s death. The book will be written by music journalist , Rob Kenner, and published by Atria Books.

According to Complex, the book will feature on-the-ground reporting and interviews with Nipsey’s friends and family.

Kenner’s purpose for the biography is to “help set the record straight,” aiming at misinformation about the 33-year-old Los Angeles native who was gunned down last March outside of his The Marathon Clothing store

Kenner says he “wanted to write a book about Nipsey Hussle long before his tragic death.” 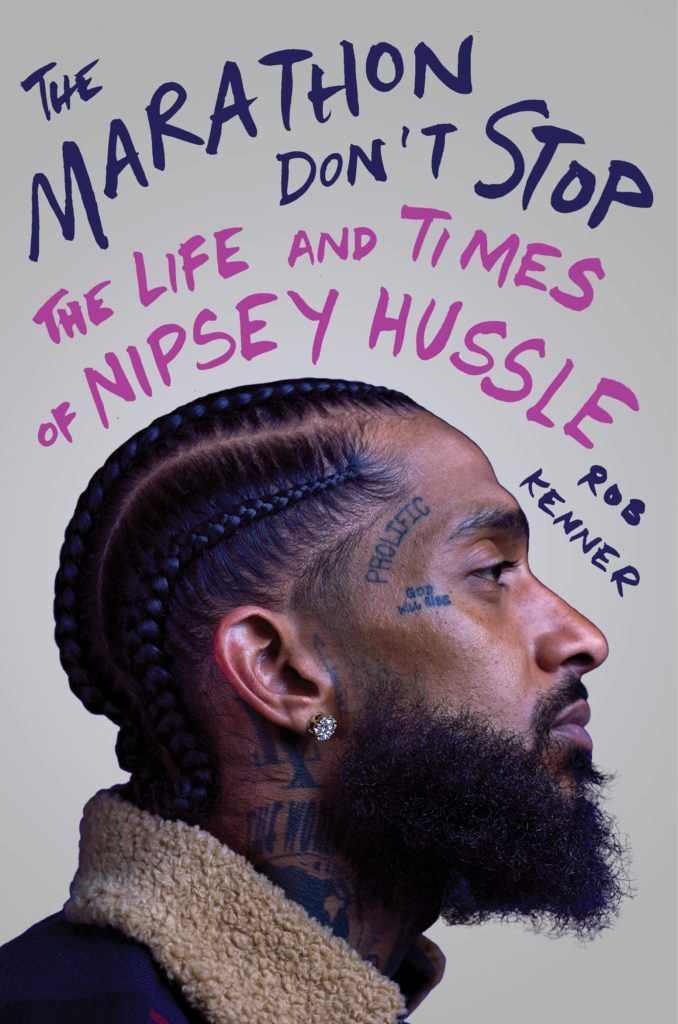 “The last time I spoke with Nipsey Hussle, he told me, ‘I ain’t outside giving out jewelry or dropping off bags of money on people, but I’m giving out game.’ This book is my attempt to help fulfill that intention,” Kenner told Complex. “The Marathon Don’t Stop will also place his accomplishments in proper historical context, giving Nipsey Hussle his rightful place in the history of hip-hop, Los Angeles, and America. It will include interviews with people who haven’t spoken before, as well as insights into the forces that shaped Hussle into the man he became. Those who have read my work in VIBE, Complex, and elsewhere know what kind of tone to expect.”

Although Kenner states that the book is “an unauthorized biography,” he plans to donate “portion of the proceeds from the book to Nipsey’s estate out of respect.”