Put On Your Blues Shoes and Get Groovy With ZZ Ward

Attention music lovers and people on the prowl for funky new tunes! Because boy oh boy does ZZ Ward have the perfect music in store for you.

This American singer, songwriter and talented instrumentalist is one hot rod in the world of new school blues, making waves in the reclaiming of funk culture. Her hip-hop, R&B and pop rock mixing of traditional blues style gives her music the perfect blend of up-beat rhythm, beneficent technicalities and smooth guitar work in tandem with efficacious vocals. 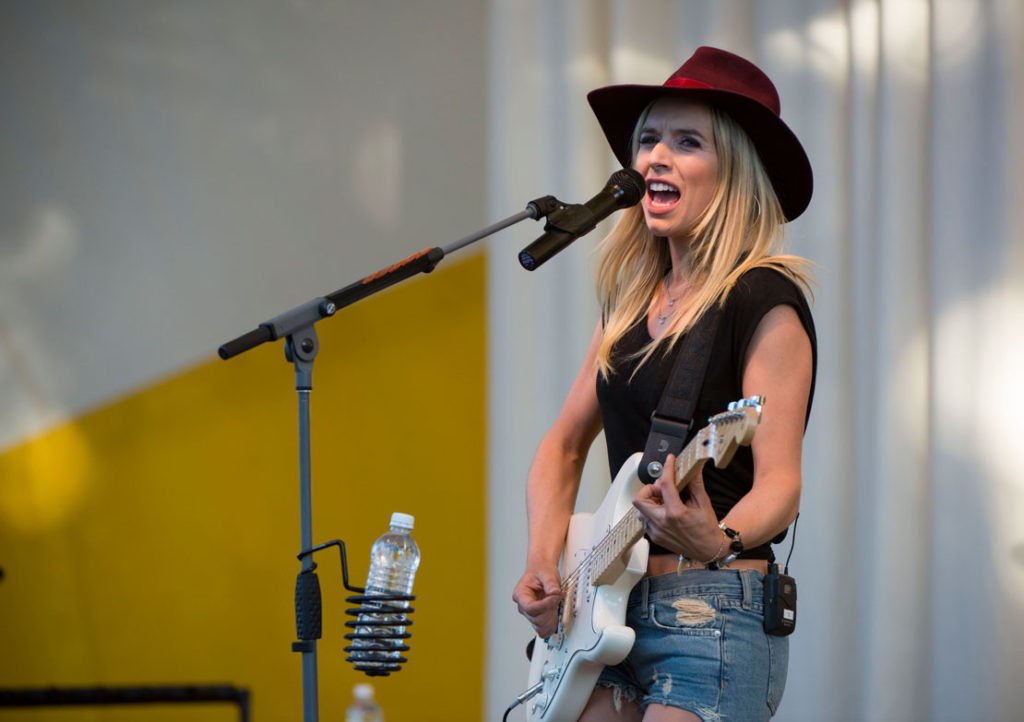 In terms of style, her two albums have the ability to cater towards a myriad of audiences. ZZ isn’t afraid to dabble with the hot and heavy or to slow it down into a subtle sadness that makes her work even more relatable to a larger public.

Probably her most well known song is “Put The Gun Down,” off of her first album Til’ The Casket Drops, which was released in October of 2012. She has performed this hit single, along with others, on several late night shows and concerts around the country. Other favorites from the album include “Last Love Song,” a beautiful ballad type song lamenting to a lover about how it is time for her to let go, “365 Days,” the albums second single which does a jazzy job of telling a man she’s not waiting around anymore, and “Move Like You Stole It,” which is the big dance it of the album as obviously stated in the title.

The entire album produces such an effect of soul within the audience that it’s impossible to keep your feet still, whether she’s on the radio or if you’re lucky enough to catch a live show! Her voice is definitely one to be remembered and recognized on top of that, with booming vocals across a wide range that can get your blood pumping in the most silent of places.

ZZ’s second album, The Storm, released June 30th of 2017, has proven to be even more successful, making it to the top of the Billboard Blues Albums charts in July. Top songs from this album include “Ride” (from “Cars 3” and featuring Gary Clark Jr.), “Domino” (featuring Fitz) and “Help Me Mama”. Ward says that this album is much closer to her heart, expressing things more about her personal life and exploring where those kinds of emotions can take her music.