On the 10th anniversary of Nipsey Hussle’s The Marathon mixtape, the label announced that it will be receiving a visual album in 2021.

The announcement was made on the late rapper’s official Instagram page. It included a visual as an insight into what we can expect on the visual album with a caption expressing the message behind it.

“The experience will give viewers an intimate look at the era that helped shape this masterpiece. The people, the places, the stories, and more,” the Instagram post read.

In the video, it showcases a fan listening to Hussle through his phone on Crenshaw and Slauson Avenue. In the background, we hear Nipsey expressing that Crenshaw is where hustlers go, as his song plays. It then takes you literally into the music, where the viewer appears in front of The Marathon Clothing Store. The visual then takes you on a drive throughout Los Angeles to view well-known locations that inspired the late rapper.

“A project our team holds near and dear to our hearts for many reasons,” the Instagram post read. “It represents the story of Nipsey’s resilience and unwavering faith in his mission, and the authenticity and honesty in his message. It also was the first seed planted in the Marathon brand that gave fruit to many other branches that Nipsey architected, as only he could do.” 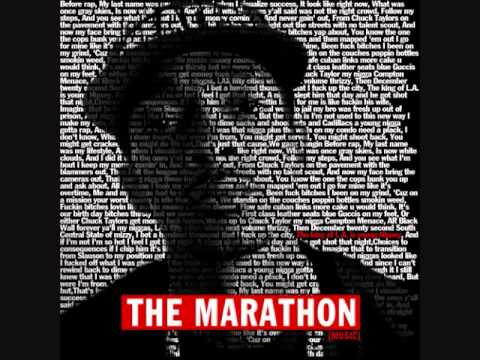 The visual will be a collaboration with Okidoki. The official date has not been set yet but is expected to drop in 2021. You can check out the full video and updates on the late Hussle’s official Instagram page.