Future and Nicki Minaj recently teamed up and dropped a fresh visual for “You Da Baddest”.

Directed by Benny Boom and shot in Miami, the lavish life takes center stage in this music video. Yachts, a hotel and pristine beaches serve as the backdrop throughout the piece. Nicki, adorned in nothing but jewels and the finest furs, is the apple of every guy’s eye, causing fights and men to trip over themselves vying for a glimpse of her.

Nicki starts off the track with, “Ten thousand miles up in the sky/ We never land ‘cause we stay fly”. Future spits about his plush lifestyle in a few verses, all leading back to a catchy chorus, “We know you the baddest, baby”.

In light of their extravagant video, Nicki and Future were seen on early Sunday morning with Young Thug and Mack Maine. The rappers reportedly spent $20,000 on champagne for their VIP table to help celebrate Maine’s birthday. 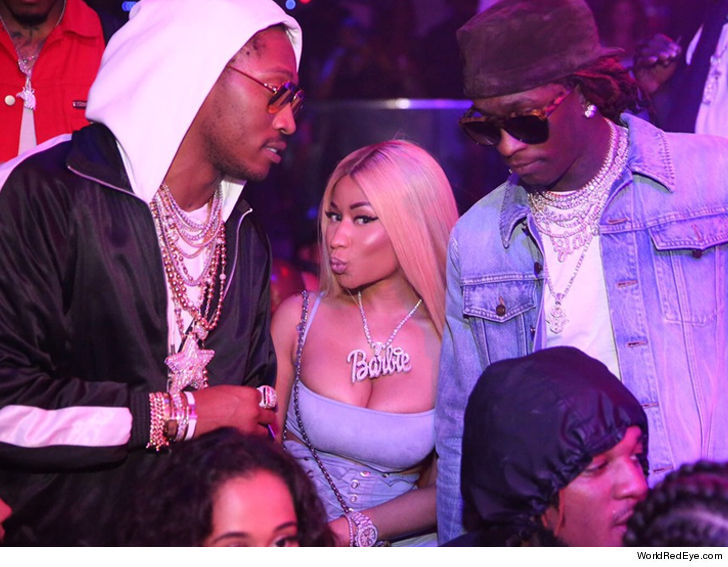 “You Da Baddest” is the fourth single off of Future’s HNDRXX, released in 2017 on a week after his self-titled album known for the chart-topper, “MaskOff”.