This summer has been the summer of straight bangers; from Kanye’s “Champions,” DJ Khaled’s “For Free” with Drake and “I Got the Keys” with Future and Jay Z, to Fergie’s woman empowered “M.I.L.F. $.” Music has simply been flourishing these past few months. Along with those great tracks, it’s safe to say Kehlani’s new single just made that list as well. 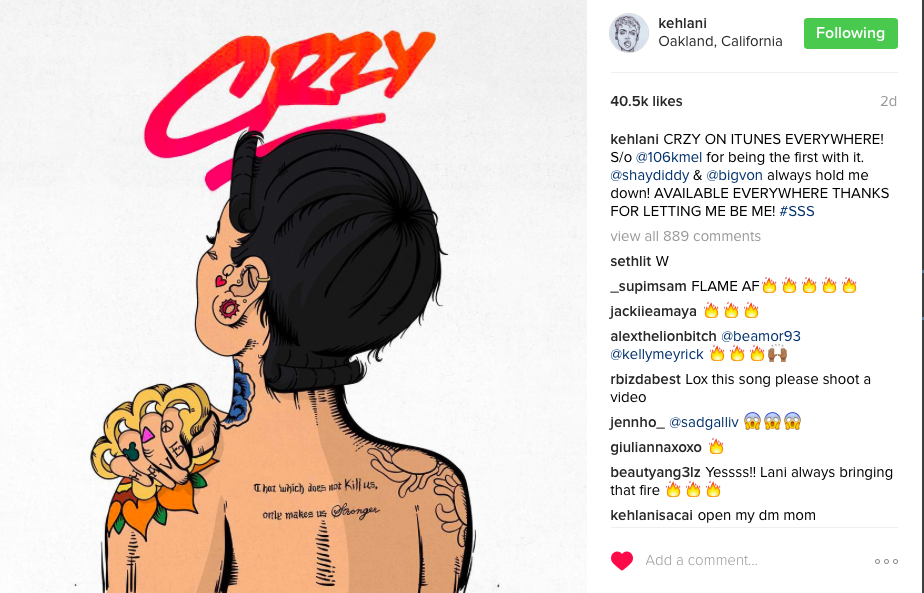 On Thursday (July 14), Kehlani announced the single in a post on Instagram that displayed the song’s artwork. She wrote, “CRZY ON ITUNES EVERYWHERE! S/o @106kmel for being the first with it. @shaydiddy & @bigvon always hold me down! AVAILABLE EVERYWHERE THANKS FOR LETTING ME BE ME! #SSS”

This energized refresher focuses on Kehlani’s personal strength and determination in the face of the obstacles and persecution she has faced in the past few months. The rapper/singer starts the record, echoing “Crazy; I go, I go, I go” As the laid-back, feel good song progresses, Kehlani begins with opening lines, “Everything I do, I do it with a passion. If I gotta be a b*tch, I’ma be a bad one!” As we reach the chorus, the 21 year old confidently chants “All this sh*t I’ve been through and it made me more of an assassin / I kill ‘em, I kill ‘em, I kill ‘em with compassion / and baby if they asking, tell ‘em, tell ‘em, tell ‘em I go, I go, I go, crazy, crazy.” 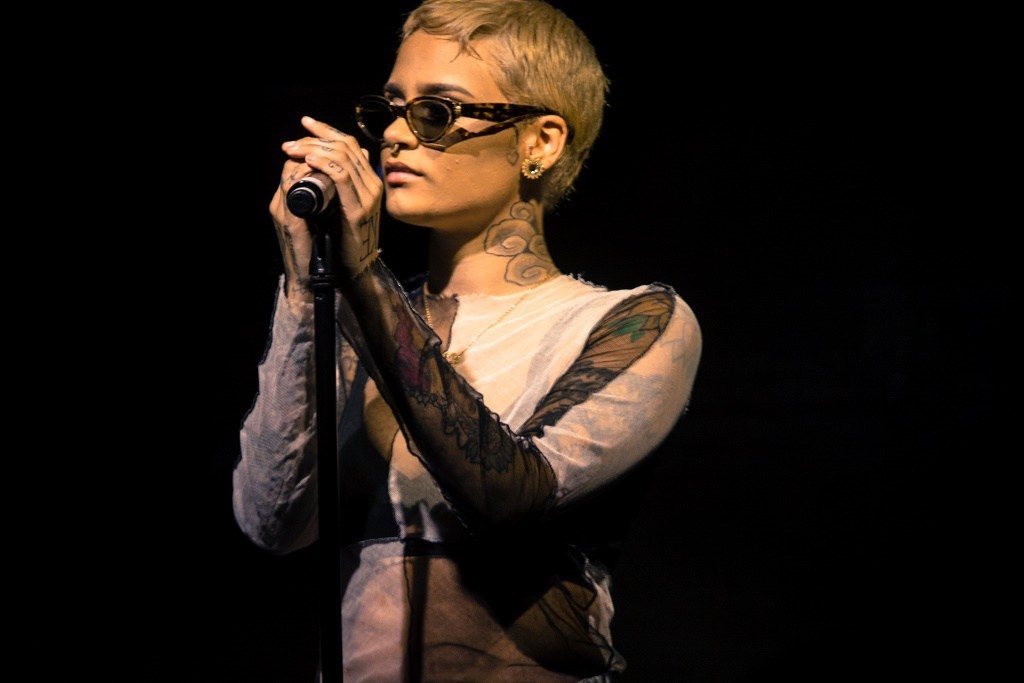 The song exudes power, renewal, and recovery. Kehlani sounds stronger than before and her focus seems to be back where it originally was when she first started releasing mixtapes. This single marks the first single from her highly anticipated album, which is due in the fall. This upcoming album is the follow up to the highly successful Grammy nominated mixtape, “You Should Be Here.” The song makes anyone who listens to it, feel empowered and confident. It shows that the evil and wicked that happens in your life cannot control you, nor hold you down; you simply have to overcome it and push through.

According to Billboard, “The song was produced by the two woman production/songwriting duo Novawav to “create an unapologetic statement embracing the challenges and double standards that come with being a woman,” according to a statement announcing the track’s release. 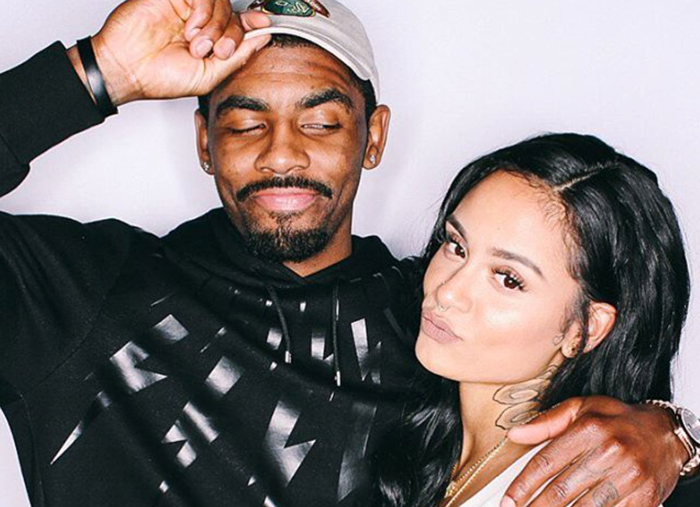 It’s been a weird, rough initial set of months for the Oakland singer. Kehlani went through trials and tribulations months back in March, after the world publicly accused her of cheating on then boyfriend, Kyrie Irving when Party Next Door, her ex-boyfriend took to social media to post a picture of him and the singer in bed. The picture did not give any details to when it was taken, but was immediately deleted. However, the damage had already been done and Kehlani was made prey to the vicious world of social media. Cavalier fans also angrily harassed and abused the singer through demeaning tweets and posts. Even one of Kehlani’s inspirations, Chris Brown completely disrespected her in a barrage of tweets regarding the situation. Irving also took to social media to address the truth and make it known that Kehlani did not cheat on him and the two were not together when the picture was released. He also sent prayers to her and her family.

The singer also received words of kindness, wisdom, love and prayer from the fans all over and other celebrities/artists like Nick Cannon, gospel singer, Erica Campbell, and more. 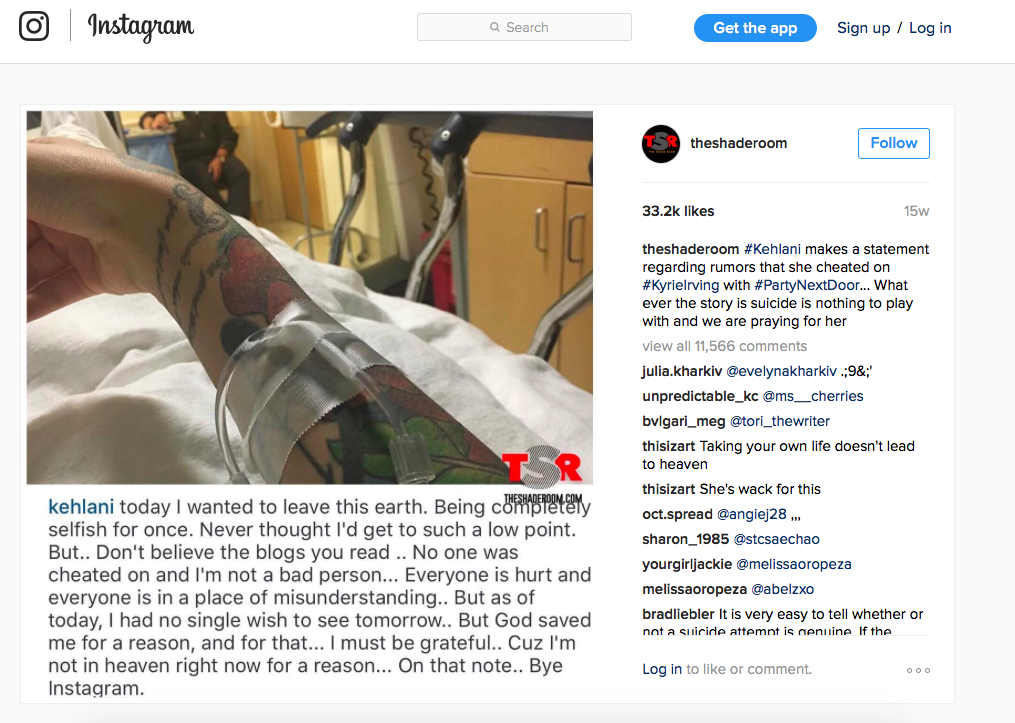 On Monday, March 28, she then took to Instagram posting a picture showing only her arm with a hospital band on it. She spoke of how no one cheated on anyone, she wanted to take her life and how it was because of God that she did not. Afterwards, the “Did I’ crooner disappeared, removing her Instagram and Snapchat. However, in a weird twist, the young star returned the to Instagram the following day and posted a picture of Party Next Door lying by her hospital bed with a caption thanking him for “saving her life.” 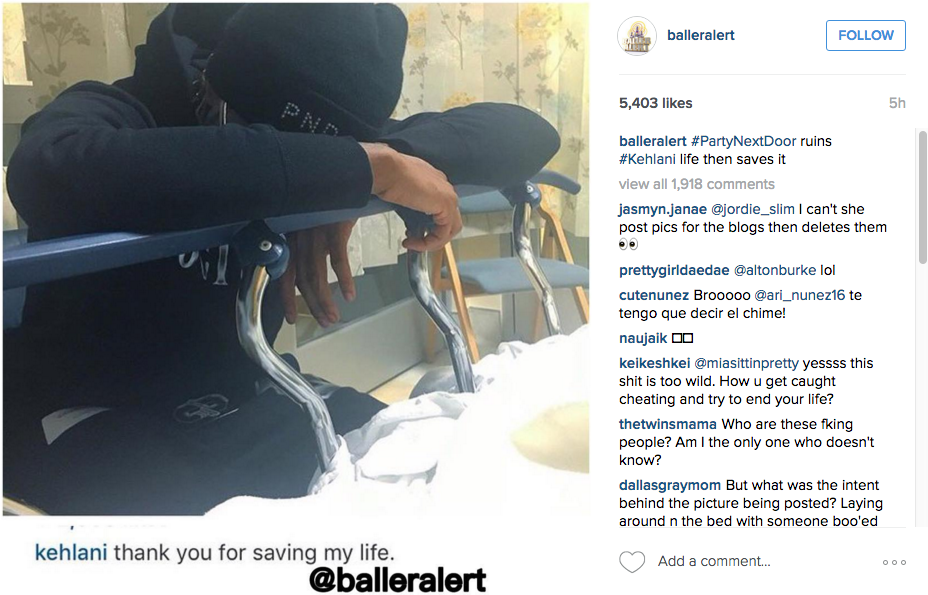 That post was also deleted and Kehlani then went away again. She eventually returned to Snapchat and Instagram with a new haircut, attitude, and new music. In May, she released the deep, compassionate “24/7.” The single possess self affirming lines like “You gotta lose you just a little/ Lose your cool just a little/ I wont judge you a little, not even a little bit, I know you’re f**king sick of it.” Following the release, there were no new singles or music until “CRZY” exploded onto the scene. 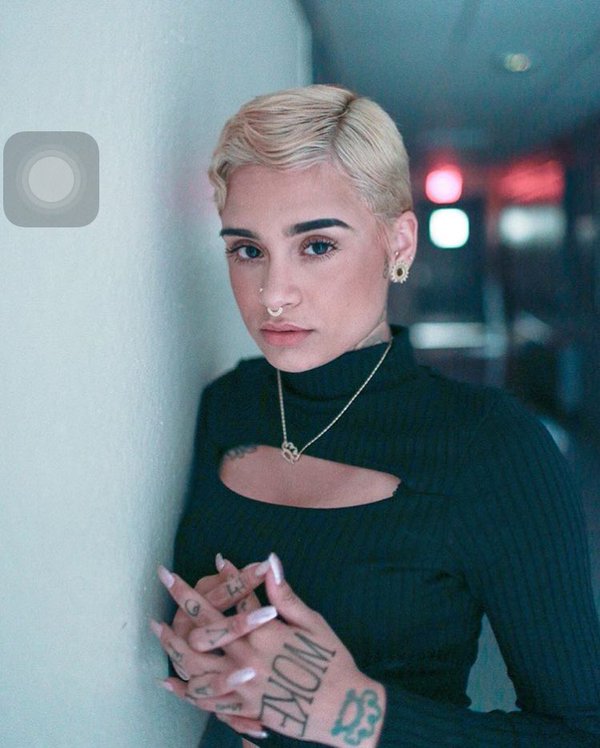 It’s most definitely great to hear Kehlani back in the studio, making great music again. This is just the beginning of all the greatness in store for Kehlani. Keep up the great work and we cannot WAIT for the debut album.

Until then, listen to the new single here!