On February 19th, 2020, the world was in a state of shock when the news came out that  rapper Pop Smoke was shot and killed during a home invasion in Hollywood Hills, California days after the release of Meet the Woo 2. The slain rapper was just only 20-year old.

Following the death of Brooklyn rapper, many fans and other celebrities mourn the sudden passing while also celebrating the life of the young rapper by crediting him to bringing a new wave to New York drill music.

The “Welcome to The Party ” rapper was born Bashar Jackson and raised in the Canarsie section of Brooklyn, New York. He got his stage name as a combination from a nickname his grandmother gave him (“Poppa”) and a nickname his childhood friends gave him (“Smoke”).

As Pop Smoke’s murder is still under investigation, many fans and other sources speculated that the young rapper was set up by one of his associates hours before his untimely murder. Other sources believed that it was a mistake on Pop’s behalf by putting his address via his Instagram story, encouraging his assailants to act on home invasion.

Recently, however, rumors have been surfacing that a Pop Smoke album will be released and surprisingly, it will be executive produced by rapper and actor 50 Cent.

On a recent Instagram post, 50 Cent confirmed that he will be working on producing the album and also calling for artists in the industry to help him finish the project. Amongst the artists that 50 Cent was calling were rappers Roddy Ricch, Drake and singers Chris Brown and Jeremih.

i’m on the move listening to Pop smoke, i decided i’m gonna executive produce and finish his album for him.#abcforlife #starzgettheapp #lecheminduroi #bransoncognac

Since the release of Meet the Woo & Meet the Woo 2, many fans and radio personalities drew the comparison between Pop Smoke to a young 50 Cent.

In my opinion, the fact that Pop Smoke grew up in the same city as me and was born the same year as me brings pain to my heart to see one of my peers gone. Although I never knew Pop Smoke personally, just to see another one of my peers passed away from a tragic death speaks a lot of the violent culture we both grew up in New York.

The fact that Bashar did not make to see 21 or to see his first album released brings a lot of pain to me. Pop Smoke’s death reminds me of what I remember reading about the life of late Harlem rapper BIG L. For those who do not know, BIG L was an upcoming rapper from Harlem NY who was killed in a drive-by shooting in 1999. BIG L was planning to release his second studio album, The Big Picture, where then he was abruptly killed around the same time. 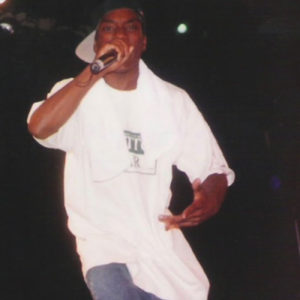 What can we do as a hip-hop community to change this violent atmosphere? Why are more young rappers being killed than receiving Grammys? I am so hurt and disappointed. I wish I knew the answer.

What are your thoughts? Do you think 50 Cent, being Pop Smoke’s greatest influence, should executive produce this album?

Rest In Peace Pop. We love you broski. Stay up homie! 💫