Lil Yachty, the king of the youth himself, decided to pay the students of Georgia State University a visit on Monday, October 9th. The 20-year-old rapper came accompanied by some of his close associates and father. The reason for Yachty’s visit to Professor Christopher Daniels’ Music Journalism class was to talk to the students about his rise to fame, advice on the music industry, as well as pointers for all upcoming music journalists.

I had both the pleasure and honor of meeting Lil Yachty in class on this Monday. Lil Yachty touched up on what it takes to make it in the music business for both an artist and writer. His close associates were also huge magazine editors and have worked for one of Hip-Hop’s most prestigious magazine, XXL. Through Yachty’s presence, vibrancy and positivity, as well as the editors’ huge range of knowledge in this field, students were able to genuinely absorb everything given to them in this class period.

@lilyachty thank you so much for coming to my music journalism class at Georgia state! You were very very inspiring and i'm so grateful 😭 pic.twitter.com/WiomZ4jmU1

Students in Professor Daniel’s class were also given the chance to ask Lil Yachty questions during this class time. When Lil Yachty was asked, “What does it take to be able to interview a huge artist, like yourself?”, he responded by saying, “It’s all about the relationship. It’s seen more as a favor”. Lil Yachty then continued to share anecdotes on his life both comedic and influential life lessons. His father also proceeded to share stories of his son back when he was a child, as well as his high school days. He shared a memory of his son always speaking on fame and success. His father said, “He’s into music, but he’s also into fashion… When he was in the 9th grade, he used to go to the thrift store, buy sweats like these, and his mom taught him how to sew. So he would sew, he would make them real skinny and he would do his own thing. Then, next thing you know, he’s taking orders and he’s making his own money off of that”. 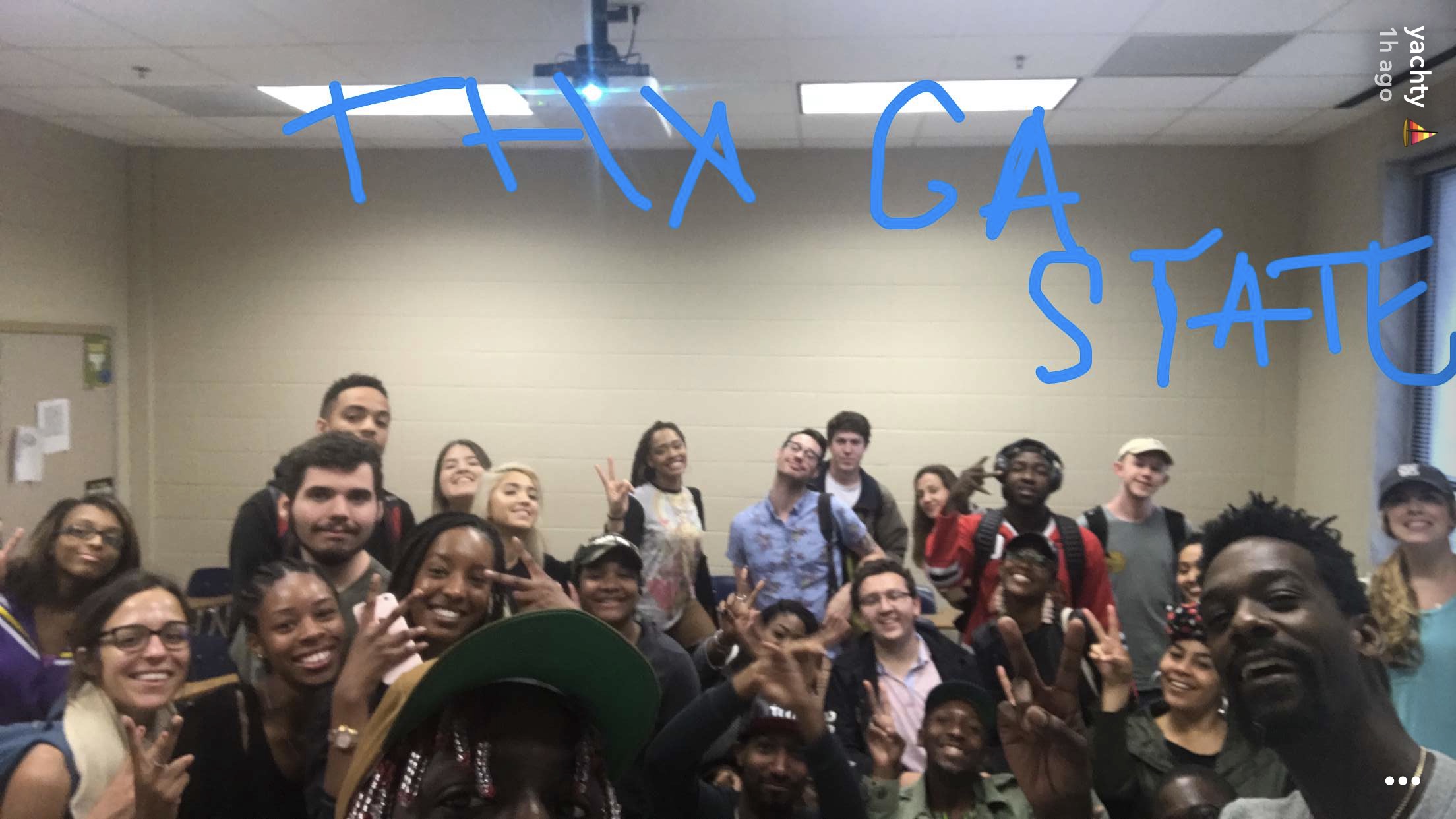 In essence, Lil Yacthy was able to fully embody the self-proclaimed title of the “king of the youth”. Every Georgia State student who was in that classroom was able to gain an experience no other student may ever be granted. We all received such valuable, exclusive and powerful information. Students were even able to take photos with him. His shine and radiance transpired in every word spoken in class on Monday and we are all very thankful for his visit.