“That’s Baka, he’s a no long talka” For a few years now, we have heard Baka’s name drop in a couple of drakes songs or in random parts of his songs. Drake fans know Baka Not Nice from various song references. On “Know Yourself,” Drizzy rapped: “I might declare it a holiday as soon as Baka get back on the road.” He also added Baka references on “No Long Talk” and OB O’Brien’s “Schemin’ Up.” At a recent event, Drake announced his longtime friend as the newest member of OVO Sound. Handing him a pen to sign over the paperwork in front of what seemed dozens of people, making Baka the newest OVO Sound recruit. Drake then added, “When he got out of jail, there’s a lot of different paths that he could have taken,” Drake stated. “He decided to focus on music.” To reward that focus, Drake signed him to his label. “It’s an honor and a pleasure,” he said. “I just want to give this pen to my brother. I love you, G. Trust me. You’ve been holding it down for a long time.”

Drake also released the lineup for his famous OVO Fest, just a day after he hosted the inaugural NBA Awards. The artist posted on social media to announce this year’s event. According to his post, the 2017 OVO Fest will take place Monday, Aug. 7 at the Budweiser Stage in Toronto. Meaning, we will have to wait a little longer until the rapper decides to bring the festival overseas. This year’s lineup will feature, Partynextdoor, Majid Jordan, Roy Woods, Dvsn, and, of course, 6 God himself. 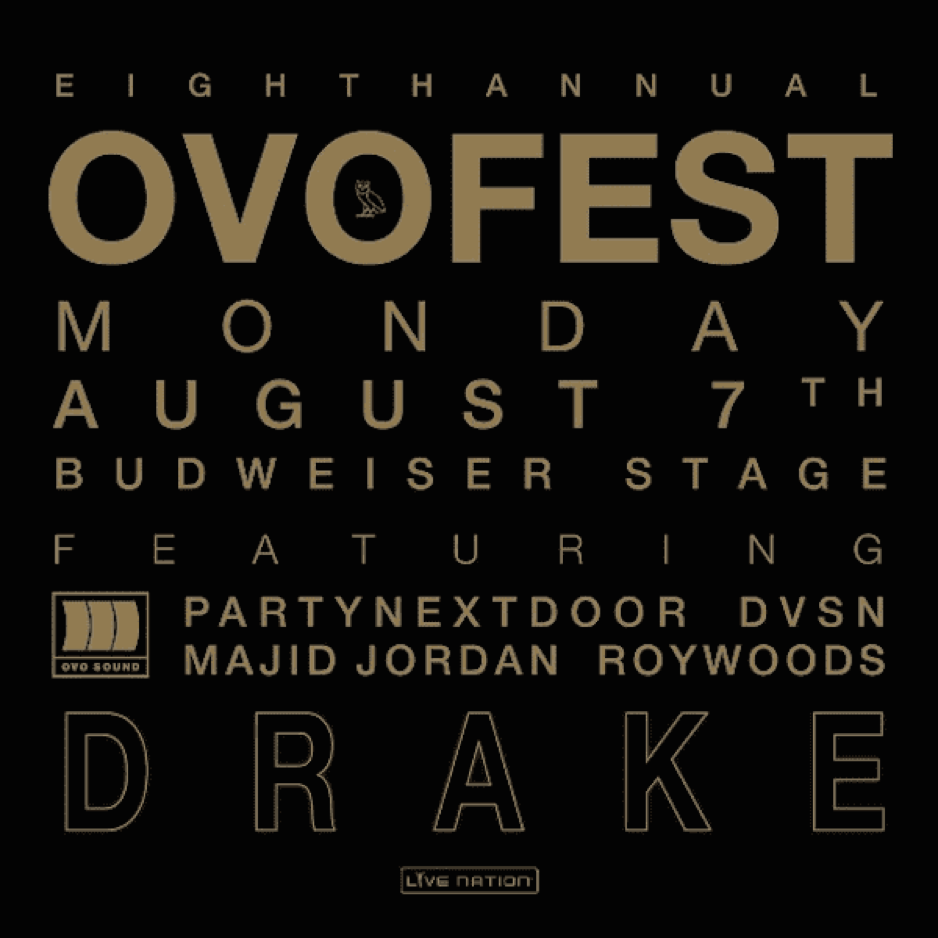