If you missed spending your Friday nights laughing at stars like DC Youngfly, Karlous Miller, and Conceited then you’ll be happy to know that your favorite comedians are returning to MTV soon. After the show was pulled from tv programming due to “Wild ‘N Out” host Nick Cannon’s anti-Semitic comments he made on his podcast. Plus, Cannon was also removed as the host for the popular comedy competition tv show.

In July of 2020, Cannon was in the hot seat after his controversial interview on his podcast with former Public Enemy rapper Richard Griffin, a.k.a. Professor Griff. Which the comments Cannon made during the interview caused ViacomCBS to cut ties During this time, Cannon managed to rally up much support from fans of the show who didn’t agree with removing Cannon from the show. They surely didn’t like the thought of the possibility of someone else hosting “Wild ‘N Out” either. 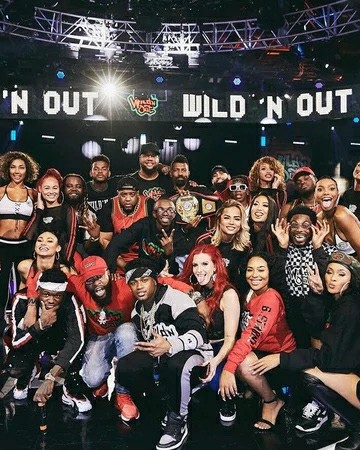 However, as of Feb 5th, it’s been reported that Nick Cannon has been rehired at MTV. After the huge blow up with ViacomCBS, Cannon did issue an apology on social media.

“First and foremost I extend my deepest and most sincere apologies to my Jewish sisters and brothers for the hurtful and divisive words that came out of my mouth during my interview with Richard Griffin,” Cannon posted on social media when he issued out his apology.

While many celebrities issue only an apology for something problematic they did, Cannon took it upon himself to get educated on top of that.

Cannon met with several Jewish community leaders, some of them being Rabbi Abraham Cooper of Los Angeles’ Simon Wiesenthal Center and Rabbi Noam E. Marans of the American Jewish Committee.

Due to Cannon’s huge role of stepping up to educate himself on the controversial comments he made in July, MTV decided to hire him back. An MTV Group Entertainment Representative made a comment on the situation, which they stated, “Nick has not only apologized and taken responsibility for his comments but he has also worked to educate himself and others through engagement with Jewish leaders and on his platforms. Those efforts are of the utmost importance, and that’s why we have invited him to rejoin our team”

It hasn’t been reported when they will start filming for “Wild ‘N Out” again due to COVID-19. However, Cannon will continue to be the host of the hit Fox competition show “The Masked Singer” due to Fox never cutting ties with him in the first place. They’re also resuming the production of Cannon’s daytime talk show. Which is set to premiere this upcoming fall.

Previous ArticleFoo Fighters' New Album, “Medicine at Midnight,” Puts A Spin On The Band’s Traditional Sound and Features Personal Touches.
Next ArticleWhy So Many People Root for That One Evil or Misguided Character?
NIPSEY HUSSLE TUC RECAP