Why So Many People Root for That One Evil or Misguided Character?

Whether you are into reading books, watching tv shows and/or movies or both, there is that one character that has a dark past, mysterious, and not a good person. For instance, there is Kai Parker, played by Chris Wood, from The Vampire Diaries where he’s ultimately a sociopathic witch who went on a rampage killing all his siblings. The fans of The Vampire Diaries know that he is manipulative and will hurt/kill anyone to get what he wants no matter the consequences; always having an endgame no matter what. Michael Langdon, played by Cody Fern, from American Horror Story: Apocalypse was the literal antichrist and used his powers to bring mayhem and chaos to the world because he thought that is what his chosen father wanted (the devil). Joe Goldberg, played by Pen Badgley, from the YOU is an obsessive stalker who, once he set his sights on you convincing himself that you are the love of his life, he will never stop until he has you. Even if that means hurting or getting rid of people in your very own life. 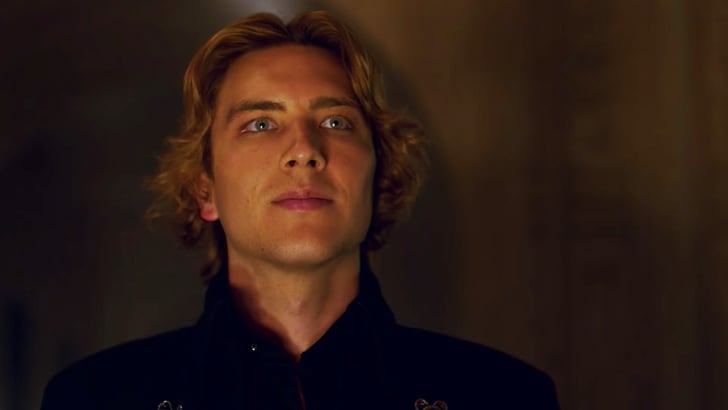 Despite all their flaws, these characters from all these tv shows are ones that are widely loved and fangirled over by lots of women and girls around the world, but why? Why would women and girls obsess over these characters knowing that they do these heinous acts and one good act does not cancel out the rest? Well, before anyone goes down to the path where they commit evil acts, there is a series of events that leads them there or even how they were treated throughout their life.

Kai Parker ever since he was a little boy was outcast by his family, disregarding him because of his powers when he didn’t even know how to use or control them. Being punished for being a child while the rest of his siblings got the love and attention from his mom and dad. When he grew up the same thing always happened, until one day he snapped. He learned how to control and harness despite his parents saying that he will never be a powerful witch. He snapped to the point he went on a killing spree, killing his parents and all of his siblings. Finally, getting revenge for the humiliation, lack of love and support, and emotion from his family all these years. What the audience is shown is that if maybe he was shown the same love by his parents that was shown to his siblings he never would have felt he needed to show how powerful he really is.

Michael Langdon despite being the antichrist was a boy trying to navigate life without his dad wanting him and being raised by his grandmother in a haunted house. Growing up he never knew why he was so different, why he would want to hurt people for the tiniest of things. Then he finally found out that he is the antichrist, the one tasked with bringing hell onto Earth and with it chaos. He was born with these powers that he had no control of. Growing up being raised by his grandmother, he tried not to give in to the urges of hurting people for sport because he wanted to be a good person; a good person, for his grandmother. But those urges eventually took over when his grandmother gave him his last chance and failed. He could have still fought to be a good person and he did try, but then he submitted to becoming what he believed he was born to be and do. If he fought harder to be a good person, would those urges have gone away, or was he always destined to bring evil on Earth? Everyone has a choice to be who they want to be in life and do the right thing.

Joe Goldberg lived in an abusive situation with his mom. His dad would beat his mom when he would come home drunk over the smallest things. She would always protect him no matter what and she tried to leave, but it would always fail. One day when they were out, she said she would be right back, but she never came back. He had to go through life with an abusive father until he ran away, all the way to a bookshop owner who was abusive in his own way. Joe found that he was attracted to women that he thought he could and make their lives better. Something he could never do with his mom. If his mom took him with him and taught him how to treat women, would he not be this obsessed and fixated on these women? 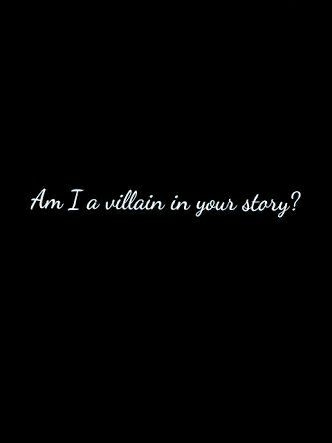 All of these characters leave you with a “what if” question that if something was changed or done, would they have gone down a better path? Everyone has a past that makes them the person who they are today, but it is up to you to make the choices that set you apart from that past you have grown up in. Be better than the people around you and who raised you. So if you find yourself rooting for the bad guy, you are not alone and it doesn’t mean you like seeing people get murdered or hurt. It means that as human beings, we see the characters from behind their mask, we see their pain and remain to have the optimism that they will do the right thing. Despite even though sometimes you might agree with some of their actions, you know what they are doing is wrong morally and ethically, but you still hope that they found their way somehow.

Previous ArticleWild 'N Out Making a return after Nick Cannon reconcile with ViacomCBS
Next ArticleInside the Mask with Jonothon Lyons: Inside The Mind of The Man Behind The 'Buddy the Rat" Character That is Taking TikTok by Storm
NIPSEY HUSSLE TUC RECAP