After enduring an entire year without any new Marvel content, fans of the MCU are more than eager for the release of the highly-anticipated WandaVision series next month. Starring Elizabeth Olsen and Paul Bettany, the show will follow Wanda and Vision as they live out their ‘ideal’ life, reflective of popular American sitcoms. This series will be the start of a three- part story surrounding Marvel’s multiverse. The story will span across both Spiderman 3, set to be released in December 2021, as well as Doctor Strange 2, set to be released in 2022, as our favorite heroes deal with the repercussions of the WandaVision.

On December 10th, during Disney’s annual Investor Day the company offered fans a look into the upcoming show with the release of a trailer. The trailer release subsequently generated a lot of conversation as eagle-eyed fans were quick to point out old and new faces, as well as lots of easter egg references. Although this was the second WandaVision trailer to be released, the content of the show has still managed to stay under wraps, adding to the suspense and anticipation for the series’ January 15th release. 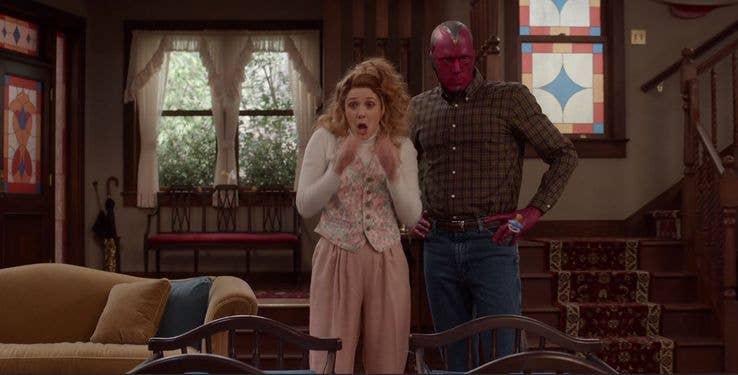 Luckily, for fans dying to watch the show, Disney has recently announced that an exclusive look at the upcoming series would debut Christmas morning during their annual Christmas Celebration on ABC. In the wake of the surging number of Covid-19 cases the Christmas Celebration is taking a different approach this year but is sure to keep audiences engaged with exciting content like this. With WandaVision’s release around the corner, 2021 is shaping up to be an epic year in terms of Marvel content.