What in the White Supremacy is Going On?

Ok, so if you don’t know what went down at Capitol Hill this week, allow me to enlighten you. Basically, on Wednesday, January 6th (2021)((not even a week, and 2021 already started out with a bang)), an 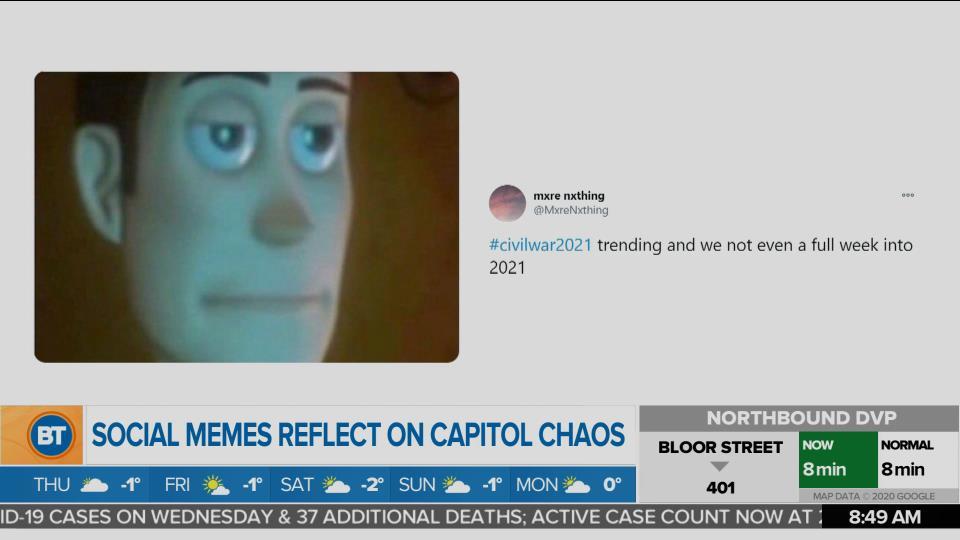 armed and angry mob of Trump supporters rioted and raided Capitol Hill. I think you can guess why, but this was a result of Joe Biden’s presidential win. Trump has said many times in this election, and also took to Twitter, that the count was fake, fraudulent and that there needs to be a recount of votes. Basically, this absurd and embarrassing display of patriotism and loyalty towards their beloved leader was a last resort – sort of a pathetic, desperate plea to somehow keep Trump in office. I’m not really sure what their goal was – to get a recount of votes? To keep Trump in office? To let the rest of the US know how utterly stupid and pathetic they are? These Trump supporters, and let’s be honest, white supremacists, were climbing walls, breaking windows, fighting with police officers – although, it didn’t seem like the police officers were fighting the rioters that hard, or even at all. Some Capitol Hill police were seen taking selfies with the rioters. This raid is being considered as one of the worst security breaches in US history.

The rioters were proudly and openly showing their love and loyalty to Trump, waving 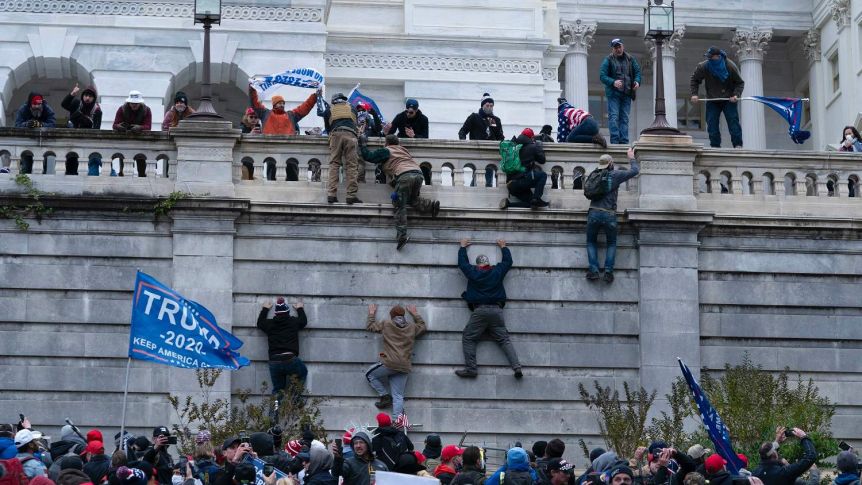 Trump 2020 flags, wearing t-shirts and hats, some even had signs urging the investigation of the election and demanding a recount. Not only were they climbing walls, breaking windows, and roaming the halls freely inside the US Capitol, they managed to get past the guards and enter the Senate chamber. Per Guardian, one of the rioters was seen climbing up on the dias and yelling, “Trump won that election.” Some of the rioters even entered and looted the offices used by House Speaker Nancy Pelosi, and other lawmakers. Fortunately, staff were able to remove electoral ballots before the rioters breached the Senate floor.

After four hours, officials announced that the rioters had been cleared out of the building and the Capitol was secure. Upon confirming security of the building, Senators were escorted back into the Senate chamber, where they completed the certification of electoral college votes.

This was not a victimless riot – per CNN, at least 4 people died and 52 people were arrested, and according to Washington DC police, another two men and one woman died in separate medical emergencies.

On January 6, the day the riot occurred, Trump spoke at a rally that was held in Ellipse 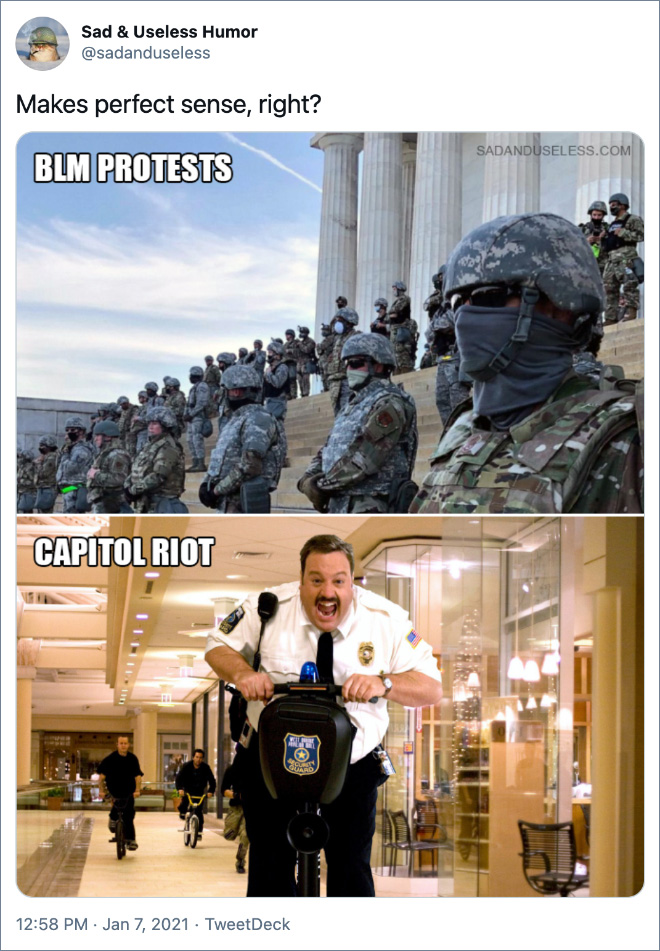 park. He directed his followers to head to Capitol Hill, saying, “And after this, we’re going to walk down there, and I’ll be there with you, we’re going to walk down…to the Capitol and we are going to cheer on our brave senators and congressmen and women, and we’re probably not going to be cheering so much for some of them. Because you’ll never take back our country with weakness. You have to show strength and you have to be strong.” He also repeated his claims that the election was fraudulent and had been “rigged” by “radical democrats” and the “fake news media” and continuing to urge his supporters not to accept the results of the election. “We will never give up. We will never concede. It doesn’t happen. You don’t concede when there’s theft involved, “he said.  If this isn’t the most atrocious abuse of power by a US president, then I truly don’t know what is.

Lawmakers and US government officials took to social media, expressing their disgust and disbelief, some even demanding the impeachment of Trump. Trump’s Facebook, Twitter and Instagram accounts have been suspended indefinitely. Mark Zuckerberg shared a post announcing that Trump’s Facebook and Instagram accounts would be suspended for at least the next 2 weeks. However, knowing Trump, I know he’ll find a way to voice his opinion somehow. Onlyfans? Venmo? Tiktok? He’s like that annoying ex that just keeps popping up. Let’s see what unravels in the final days of his presidency before Joe Biden takes his place.