Influencer, Ava Louise, admitted that her allegations of makeup mogul, Jeffree Star and rapper, Kanye West having an affair were nothing but lies.

Louise posted a TikTok on Wednesday that took the internet by storm. She claimed that West had been cheating on his wife, Kim Kardashian, with a male beauty influencer.

This followed the news of West and Kardashian considering divorce.

“I feel like I could spill the tea that I’ve been holding on to for months,” said Louise.

Louise shared her full story with DramaAlert, where she claimed to have a friend who overheard Kardashian telling her attorney that West had an affair with Star.

A source close to West and Kardashian told E! News, “There is absolutely no truth to Jeffree and Kanye rumors.” Star also denied the allegation in his YouTube video “Addressing The Kanye Situation,” where he laughs at the rumors.

On Friday, Louise posted a TikTok where she exposed herself for lying about the entire situation. She also explained, while she always planned on exposing herself, she only did so now because a friend of hers attempted to expose her first.

“I made this entire scandal up. There is literally not one bit of truth to anything I have said. I just tricked the entire world into talking about me again because I was on a lot of Adderall and bored,” said the influencer.

Louise has little to no remorse for lying, “We all had fun though didn’t we? You’re welcome for the memes,” said Louise, who now considers herself an “icon” for breaking the internet.

My adderall wore off and I got tired of going along with it, it was getting boring like sorry Jeffree

Louise has claimed she has made $15,000 off of this lie. It is unclear how this money came about.

However, on Louise’s Instagram, a fan asked if she was paid off, to which she responded with a document titled “Jenner Communications.” 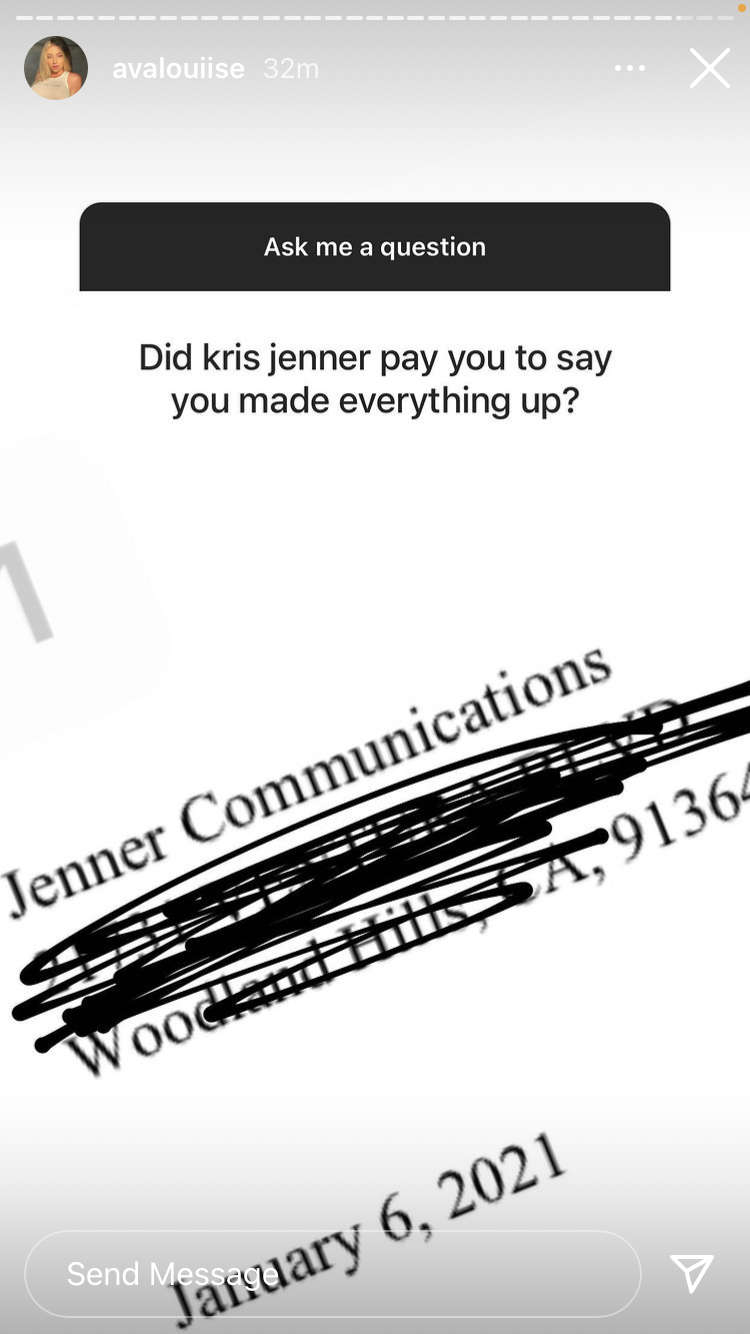 Louise has been known for her appearance on the Dr.Phil show, and for licking a toilet seat in March 2020, at the beginning of the coronavirus pandemic. It is fair to say that she is now most known for being the girl who made up the Kanye West and Jeffree Star affair.

Previous ArticleDisney Plus’ Loki Renewed For Season 2
Next ArticleWhat in the White Supremacy is Going On?
NIPSEY HUSSLE TUC RECAP