Top Four Fashion Shows That Were A Must to Attend: Fashion week 2018

Fashion week has come to an end and there were truly a few shows that you shouldn’t miss. If you missed any don’t worry we have you covered to let you know who’s shows were a must for fashion week 2018.

2. Carolina Herrera:  Last week after announcing her last show Herrera did her final fashion show at the museum of modern art. She will be passing down her fashion torch down to her successor Wes Gordon. Carolina Herrera’s collection included a colorful rendition of her signature look, which included models wearing crisp white button downs with a taffeta skirt and wide belts.

3. Christian Siriano: The project runway winner celebrated his ten-year anniversary fashion show. Siriano celebrated diversity in his show with models like Danielle Brooks, Selma Blair, and Ashley Graham. Sitting front row he had celebrities like Cardi B, model Coco Rocha, and Whoopi Goldberg. The show displayed hues of Reds and Blue evening dresses as well as ready to wear items.

4. Tory Burch:  A sea of pink carnations with a garden feel was the theme for the designer. This seasons collection was inspired by lady O’s  (Jackie Kennedy that is) little sister Lee Radziwill   for her elegance in person as well as her style. Tory Burch displayed tailored mini skirts, blazers, flowing chiffon and silk dresses.

After this seasons fashion week, it’s making us want more and wondering what these designers will add for fashion week 2019. Can they top this year’s fashion week? We’ll  just have to sit back and see. 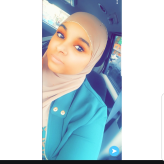