Pharrell Williams and Adidas partnered up on a new collection that focuses on female empowerment in every way possible. The campaign recognizes the hard work and achievements of women from their personal lives to professional.

The “Now Is Her Time” collection includes different unisex styles and colorful shoes, sandals and clothing for adults, juniors, kids and infants in unisex.

The campaign video shot by Collier Schorr, can be found on the Adidas site, shows women of all ethnicities and different backgrounds gathered around Pharrell Williams wearing all black and the new shoe collection in support the movement. In the video, A woman plays with her children, a model breastfeeds a child and another model shows off her baby bump. Some voiceovers in the background express how women have the rights to make their own decisions on their bodies and promote gender equality.

William’s quote on the campaign site reads, “To this day, the female achievement goes mostly ignored and overlooked. That’s something we need to change.”

In one photo Schorr captured, activist and Co-Founder of Period Org, Nadya Okamoto, holding up a tampon with the words “TAX-FREE” written on it and a women sign tattooed on her wrist. Under Okamoto’s photo is a quote from her reading, “Feminism is a synonym for gender equality.” 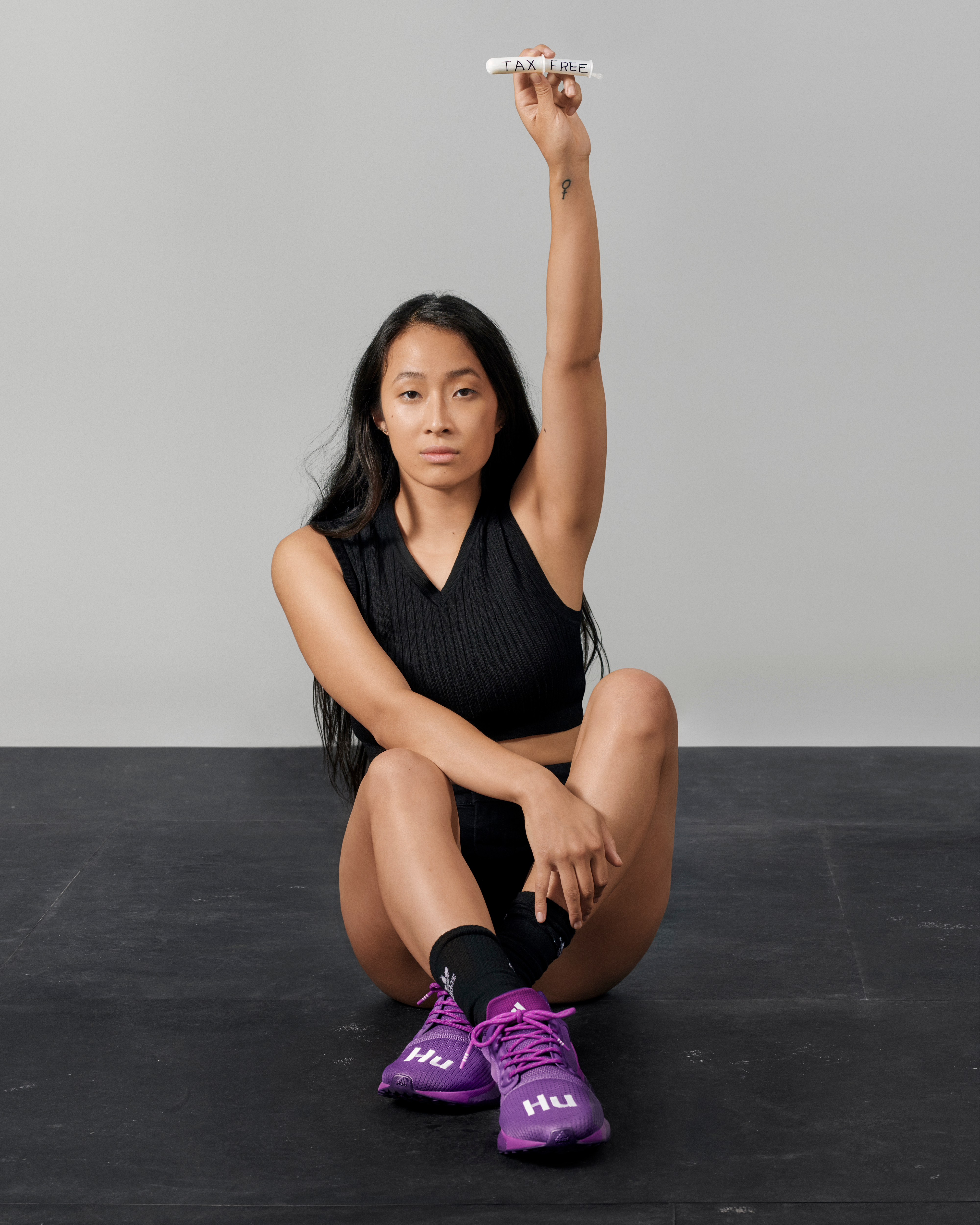 The collection can be previewed on the Adidas website and is expected to be released Friday, Sept. 13th at 7 A.M. PDT according to the site.