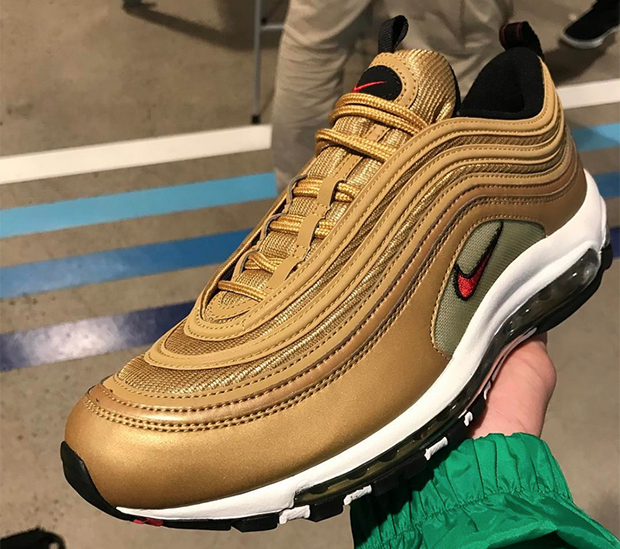 Although this shoe hasn’t been released yet and has not been out since the 2010 release, Soccer Superstar, Cristiano Ronaldo was spotted wearing the Gold Air Max 97’s in an Instagram post made by the Real Madrid player a few weeks ago. They are expected to come out sometime in May. There will be both men’s and women’s size available for purchase. March will truly be a grand month for Nike and all you Air Max lovers.