TikTok is now a platform for a multitude of creators and artists – if you have a passion and/or a talent and you post on TikTok, it’s pretty likely you’ll be noticed eventually. That’s exactly what happened for 19-year-old TikTok creator Wisdom Kaye (@wisdm8). With a whopping 4.7 million followers and 124.5 million likes (and counting), the sky is the limit for Kaye. 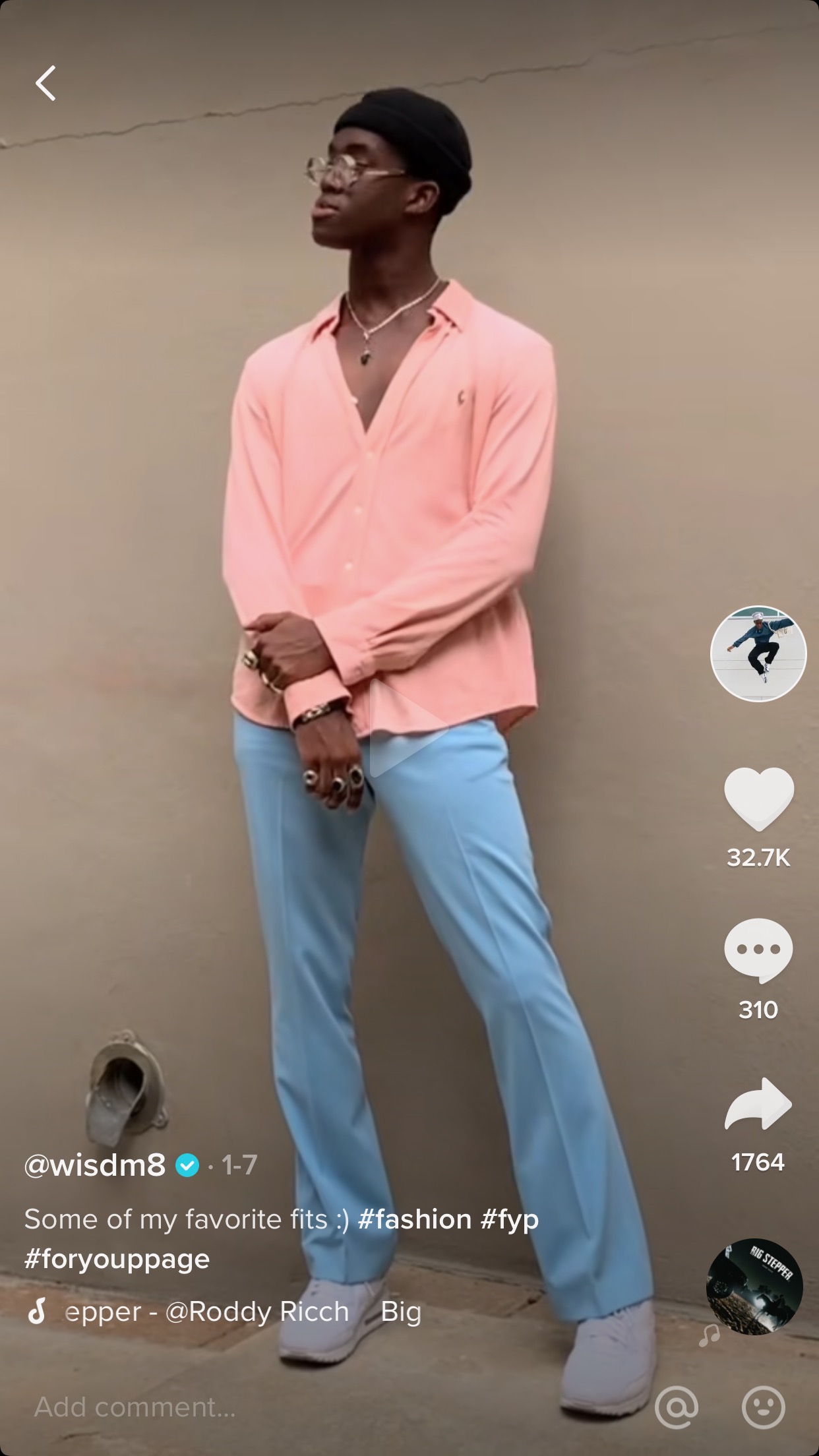 showcasing some of his favorite outfits. His videos consist of outfit challenges, such as “how many outfits can you make with one shirt,” and choosing outfits based on color schemes. His videos progressively got more and more attention over time, as they are carefully created and curated. You can clearly tell he puts care and effort into each and every one of his videos, as it takes him time to make the different outfits, film and edit the videos, as well as add the perfect songs. He sometimes posts personal and “trendy” videos as well, such as funny Instagram filters, and TikTok tre 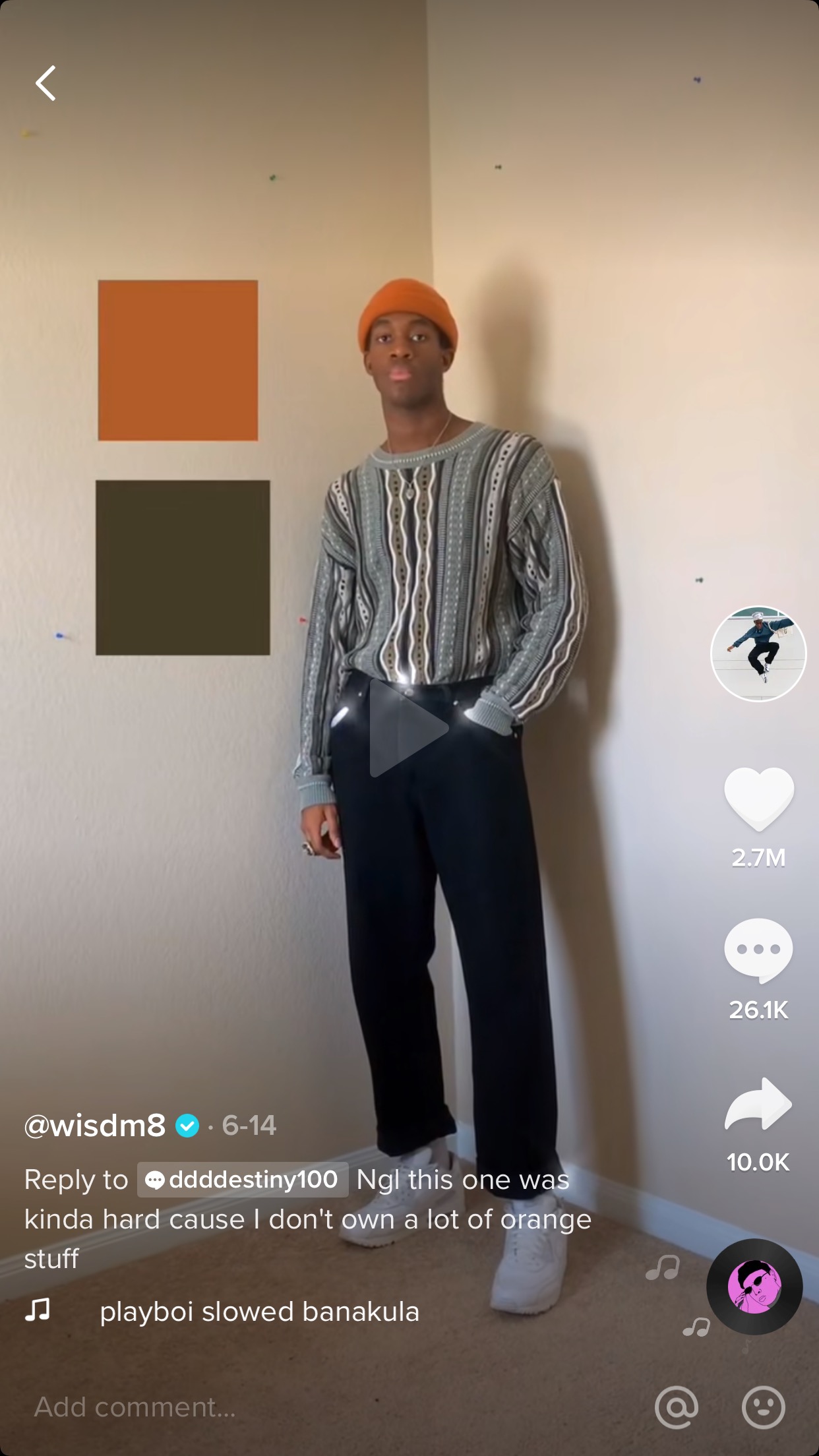 From all of his content, you can undeniably see that he is an extremely genuine and kind person, and that he was truly making these TikToks out of pure enjoyment. He is also constantly proving his followers wrong, as he sometimes receives comments claiming that a certain color scheme won’t look good, or a certain item of clothing can’t be styled. There is no question that he has an inherent mastery in the art of fashion.

On July 5th, 2020, Vogue released an article about Kaye with the headline “Wisdom Kaye Is the Best-Dressed Guy on Tiktok.” Vogue. Fucking Vogue!! Imagine posting fashion TikToks for fun, just for pure enjoyment, and then 6 months later, you’re deemed as the best dressed man on the whole app. Then on July 6th, Kaye announced on 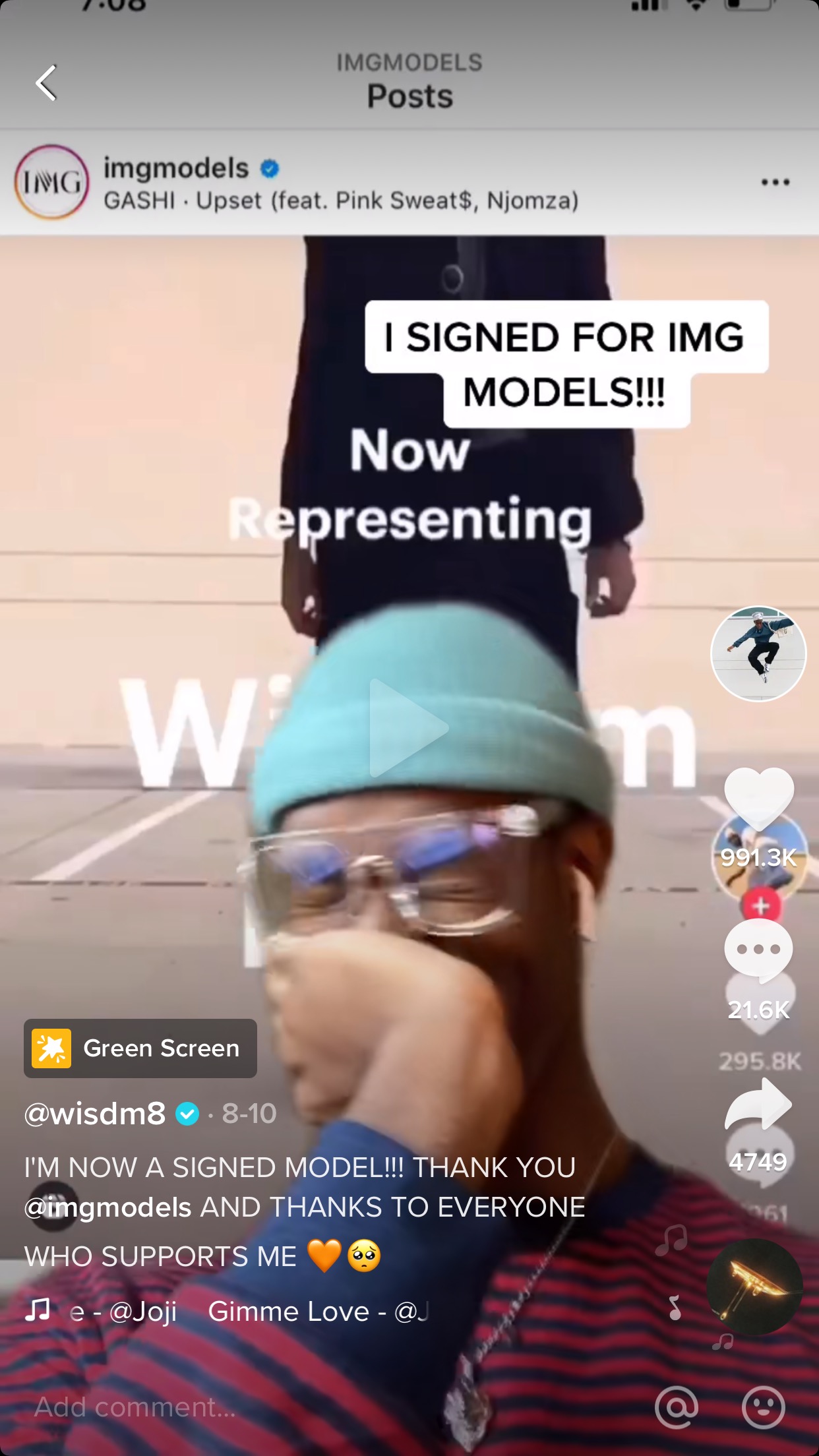 his TikTok that he became verified on Instagram. Then, on July 14th, Kaye released a TikTok showing an Instagram DM 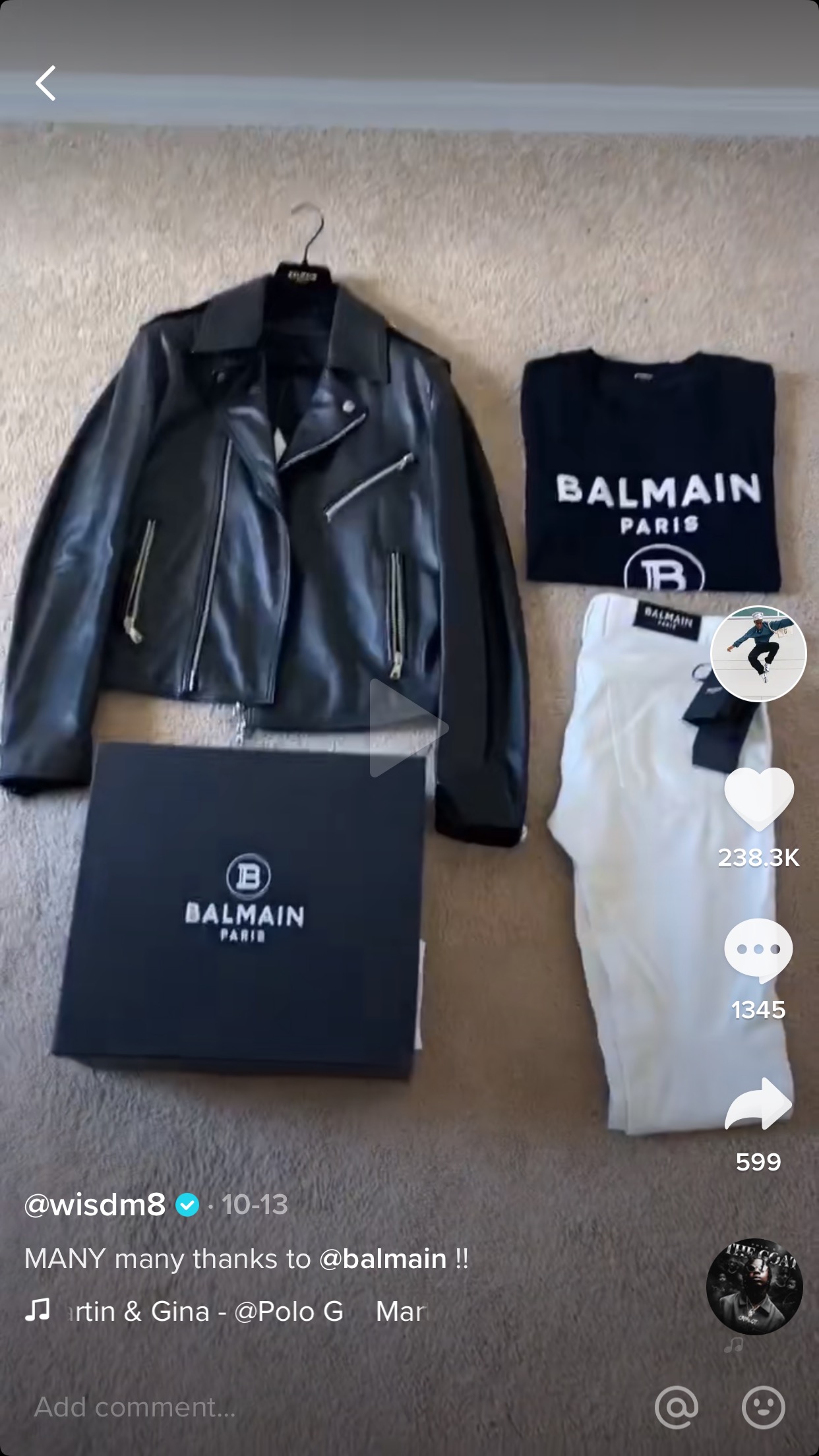 conversation between him and Jaden Smith where Smith says to Kaye, “Fuck bro you found it, your style is it.” If you think this is exciting, just wait, there’s more. On August 10th, Kaye released a TikTok announcing that he officially signed with IMG Models modelling agency. But wait, THERE’S MORE! At this point, he has garnered a massive amount of attention and loyal followers, and he has multiple big fashion houses, such as Fendi, Balmain, Dior, and Rick Owens, sending him gifts.

On September 23rd, he announced that he was taking over the Fendi TikTok account for the New York fashion week. He has also posted sponsored videos for companies like Revlon, American Eagle and Motorola US. His most recent accolade is a second Vogue article. The article was released on November 24th, 2020 with the headline “TikTok’s Best Dressed Star, Wisdom Kaye, Shares His Tips for Shopping Secondhand.” In under a year, Kaye went from posting fashion TikToks for fun, to being a signed model, verified on all social media platforms, mentioned in Vogue TWICE, doing sponsored ads, AND being sent gifts by multiple fashion designers.

Clearly, the sky is the limit for Kaye, and even through all his accolades and achievements, his personality, his demeanor, and his attitude remains unchanged. He truly is one of the best dressed people I’ve ever seen, and he deserves all the support and attention that he has gotten, and will likely continue to get. So, if you have a passion and/or a talent, DO IT. GO FOR IT. Just be unwavering in your ability to do something, don’t be afraid of criticism, commit to it, and most of all, have fun.