When an online restock of some of the popular Telfar Shopping Bags was set for July 23rd, the Telfar website had so much traffic that it crashed (which this is very common when the bags are restocked). Many people on Twitter, took it upon themselves to blame the bots for the huge crash and quick sell-out of each bag that was restocked. Many bots or as they also go by, resellers, have been selling the bags on sites like eBay and Stockx for up to $600. However, with many orders coming in on that day the bags would have sold out quickly regardless of the bots. 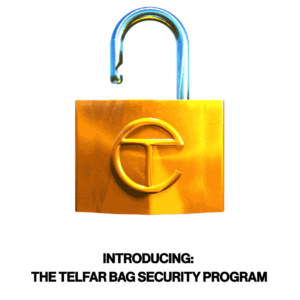 Clemens wanted to make a program where Telfar’s motto is highly enforced. Telfar stands for fashion being for the people no matter the gender or budget. Which on August 17th, they announced “The Telfar Bag Security Program”. Which was a-one-day-only, 24-hour online shopping event on August 19th. The security program would allow anyone who wants a Telfar bag to preorder any color, size, and quantity that they desire. For a guaranteed delivery between December 15ththrough January 15th, 2021.

People on Twitter saw this program as a way that defeated resellers and bots from reselling the bags at a higher price. Especially since many people on social media have taken an invisible oath of not buying Telfar’s bags from resellers, due to that going against Telfar’s brand of luxury fashion being affordable. It’s a huge win for the brand of Telfar as it once again shows the ethical way of running a luxury fashion brand and staying true to itself.