Behind the Hustle: Talking the Online Thrift Shop with Teenage Mogul, Jasmine Oshiyemi

At the age of 17 , Jasmine Oshiyemi did what many people her age aren’t as courageous to pursue. Even if it was accidental, Jasmine created her own thrift shop, all based online. Although the popularity and growth of “The Online Thrift Shop”, was beyond what she expected, her love for fashion, art and 90’s nostalgic vibes continue to make TOTS a successful online store. 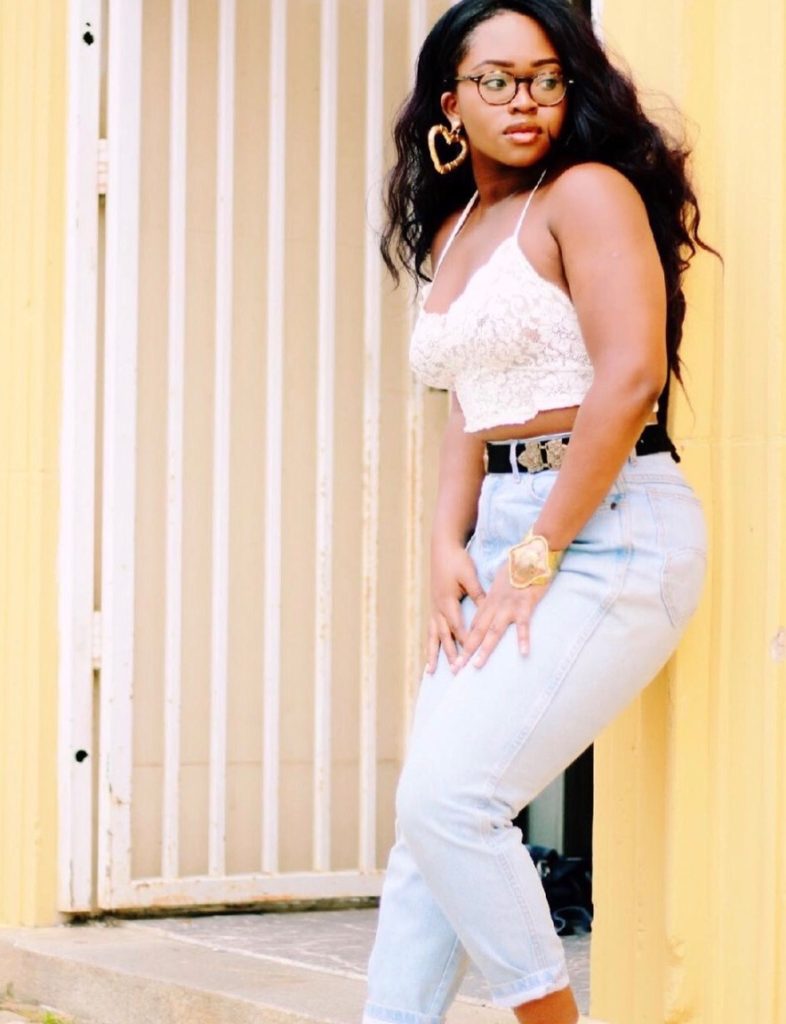 Massiel: When you talk about your fashion sense, how would you describe it?

Massiel: Do you think people have a hard time figuring out their own style or it’s something that comes with time?

Jasmine: I think it should be natural for most people. Whether they have style or not I think they know “I would not wear that.” It did come to me naturally but I think it’s something people naturally gravitate to.

Massiel: A lot of people look up to fashion icons such as Rihanna as inspiration, are there people out there that you would say that you look up to?

Jasmine: There’s a lot actually. Rihanna definitely. I find myself screenshotting a lot of the “Instagram baddies” There’s this girl called Briana Shaneè , her Instagram name is @eenahsanairb, I am so obsessed with her. I want to do everything that she is doing. 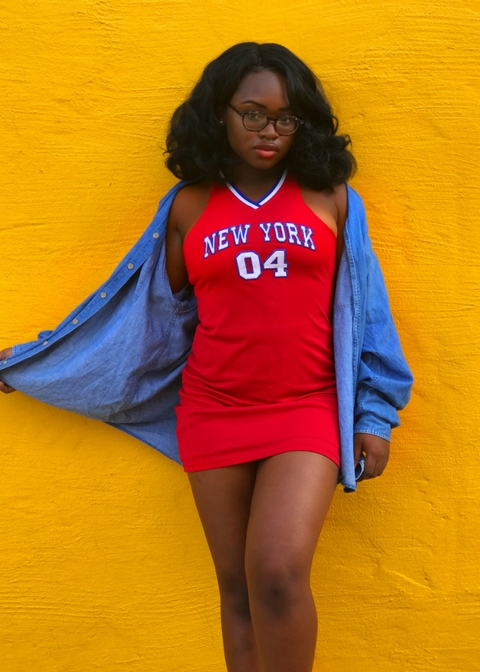 Massiel: What led you to create the online thrift shop?

Jasmine: It actually started in high school. I was heavily active on Tumblr. That’s actually what caused my customer based to even exist. I had about 30k followers. There was this girl on tumblr her name was LordBape. I wanted to be like her so bad. I told myself I had to start dressing like her. It was very sportsy looking. I was like I don’t like what’s in my closet.

So I told my followers if you want this you can come get this. I was like please buy my whole closet. And they did, I was so shocked. $1000 for a college student may not seem like a lot , but for a high school student at the time I was like wait, this could be something. It just became a habit, where I would buy stuff and then say I don’t want it anymore. I would make money and I started making videos to advertise it and I got positive feedback. It was not on purpose, it was not planned at all. 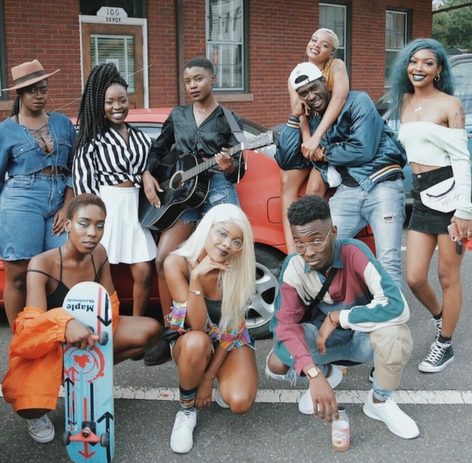 Massiel: So, the 90s theme, is that the era you think you belonged?

Jasmine: I think everyone says that. I feel content in my era but it doesn’t hurt to also bring back things you were inspired by from the past. I don’t feel pressured to be from a different era because for example I am happy to have an iPhone. I appreciate the fact that i am able to have these things while incorporating styles form the past.

Massiel: When officially did you open the shop and were you nervous about it?

Jasmine: I think 2015. And I wasn’t nervous at all because it wasn’t even supposed to be a thing. I put it on an app called storenvy, and it was the most trash app. I started out on that app and people were buying consistently and asking all the time if I had new clothes to sell.

Massiel: What is your favorite thing about being a business owner?

Jasmine: I like being able to create art. I am an art person and it makes me so happy to the point where I stay up at night. I can’t sleep because I am so anxious to create stuff I like to see. With the people that I work with, like the models, they impress me more and more. I can only imagine what it’s going to be like in the future. It’s exciting. It’s not even about the money. I’m so satisfied by the art. I just love the art, and it affects my whole mood and I love making people happy.

Massiel: Do you think the store has brought you and your friends closer and have you all formed a “family” thanks to the store?

Jasmine: The online thrift shop, literally gave me my friends. I was in a position where I didn’t really have the friends that needed to be around me. This whole thing made me realize I need friends who are going to push me further. They gave me the push. Two months before the site was mediocre. But I met the right person, I met the right guy, I met the videographer that I have now. I met my friends through them modeling for the shop. 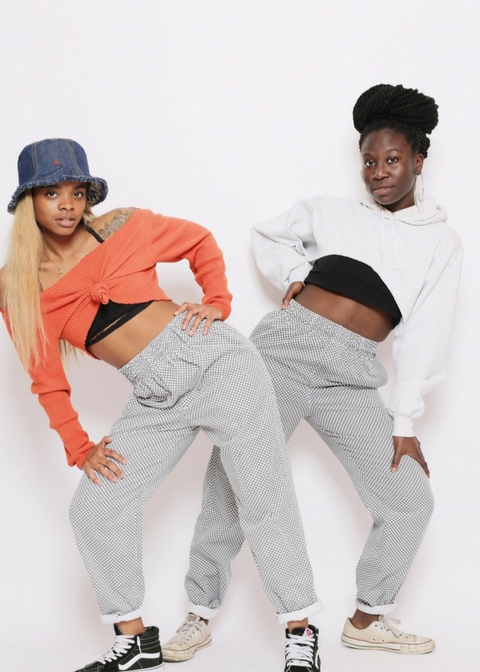 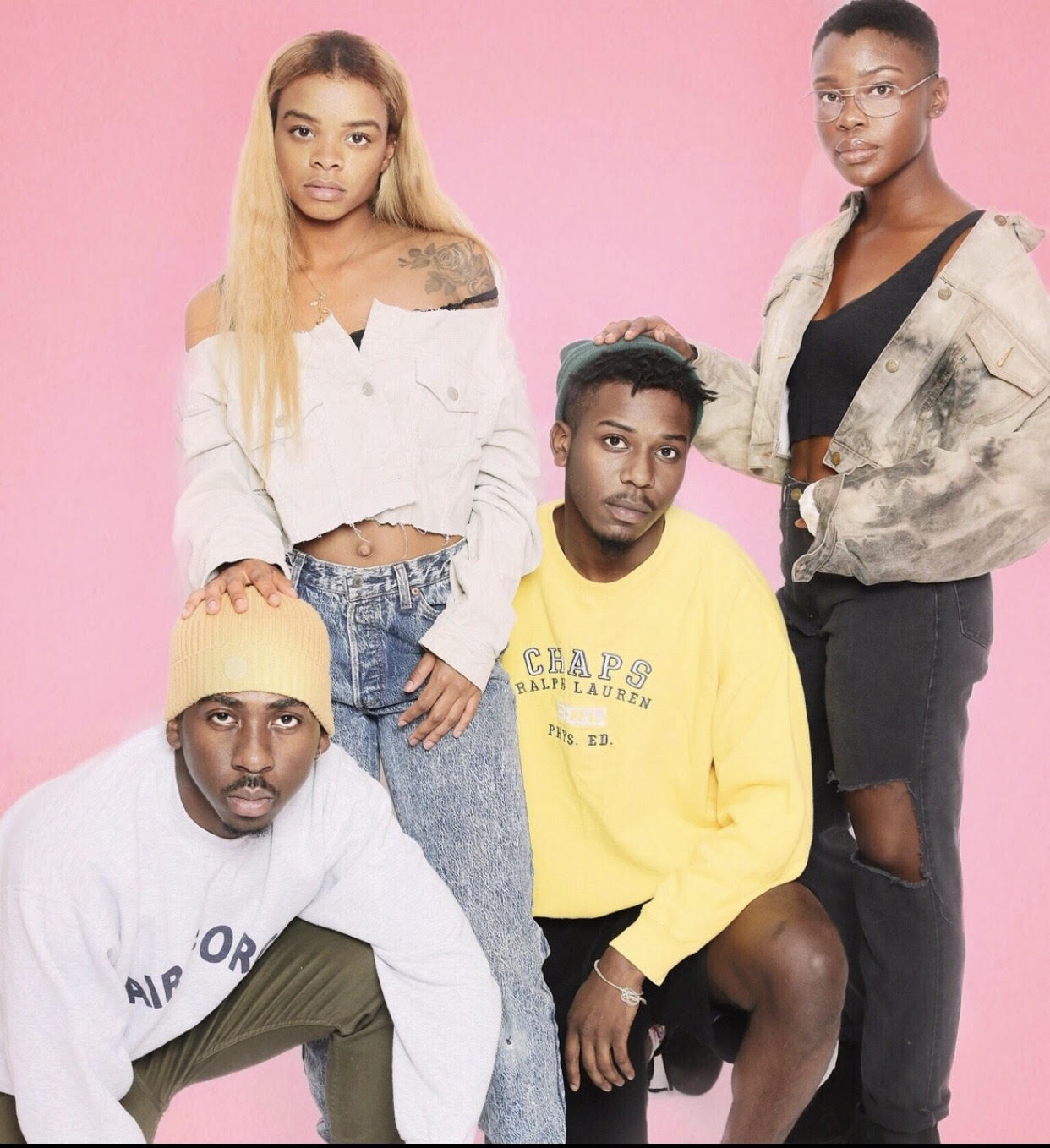 Massiel: Any advice for anybody wanting to follow in your footsteps and open a shop?

Jasmine: I would definetly say that you need to look at your surroundings. You need to see who is in your circle. That can destroy anything you are trying to do. Secondly, you have to be serious about it. Don’t slack at all. If you really want something you have to literally go after it. If you keep doing it then there is no way you can fail.

Massiel: As far as the future, do you plan on keeping the online thrift store open?

Jasmine: I hope it gets to the point where someone wants to buy my store. You know how supreme only has 3 shops in the whole United States. Since shopping online is becoming more popular I think I would want one solid shop either in New York or Philadelphia. I feel like those areas fit the concept. When you think of Philadelphia, you think of Will Smith or Fresh Prince and that vibe. I want my site to be fashion nova status.

Massiel: What does True Urban Culture mean to you?

Jasmine: I would say it would be authenticity. I think it’s us living our lives, doing what we naturally do. It’s us expressing ourselves through our styles. No matter what color we are, we have our own culture and it affects how we dress and basically how we live our lives. So ultimately it’s how we live our lives and the authenticity behind it and creating the culture as we go on.

All visuals photographed by @sems.lens