Chris Brown is an artist who never disappoints and obviously never sleeps. As of June 19, Chris began the Heartbreak on a Full Moon Tour in Seattle along with Rich the Kid, Jacquees, H.E.R., and 6lack. Chris announced this tour back in March and we’ve seen him prepare with his crew and even his daughter via Instagram. This tour helps promote his amazing 46-track album released back in October with 12 bonus records added later on around December. Knowing Chris Brown we know this tour will not disappoint. Between the dance moves, the amazing R&B sounds, and the party vibes, it’s safe to say Heartbreak On A Full Moon Tour will be one of Chris Brown’s greatest tours.

As of now, it’s unclear if Rich the Kid will be joining on the tour due to his hospital incident involving but hopefully he’ll overcome and join CB on tour and give the fans what they want. Stay on the lookout for Chris Brown coming to a city near you! 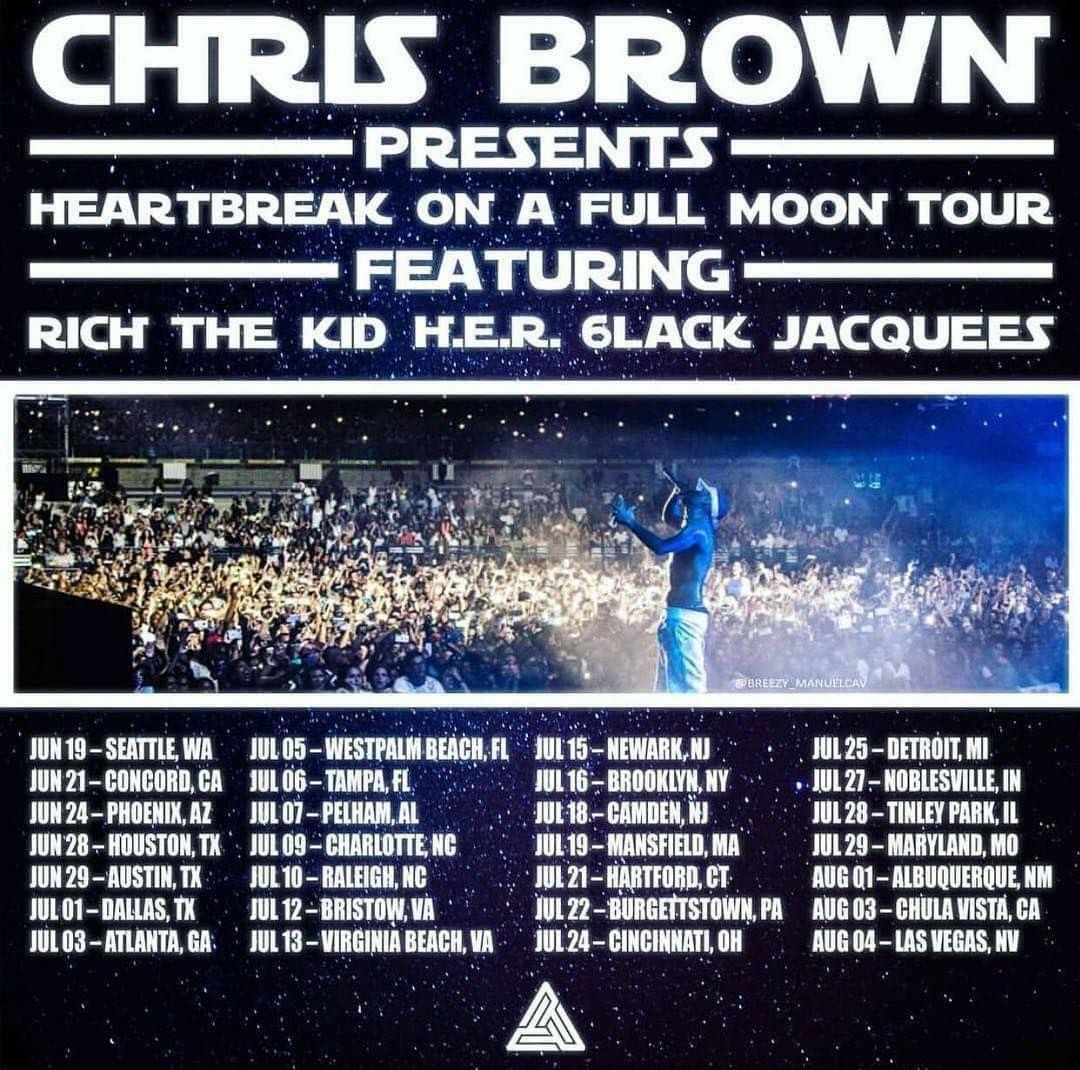