U.S. Coronavirus Cases Could Be Climbing Toward a Third Peak

Based on the new data regarding coronavirus cases in the United States, the county could be facing a third peak in the near future.

The amount of coronavirus cases in the United States has started surging again after a period of cases declining around August. Although cases are increasing in most states, the pandemic is now affecting the Midwest and rural areas more.

On October 16, U.S. cases skyrocketed higher than any amount since summer – hitting about 70,000 in one day. As of October 13, the seven-day daily average is now more than 58,000 cases a day and new cases have increased to more than 30%.

Hospitalizations are also increasing across the county affecting more than 40 states.  The present hospitalization records are passing numbers reached during the spring and summer surges; the number of people currently hospitalized is reaching more than 37,000.

The Midwest outbreak is playing a major role in the steady rising cases.  The area accounts for more than a third of new U.S. cases last week, according to CDC data. 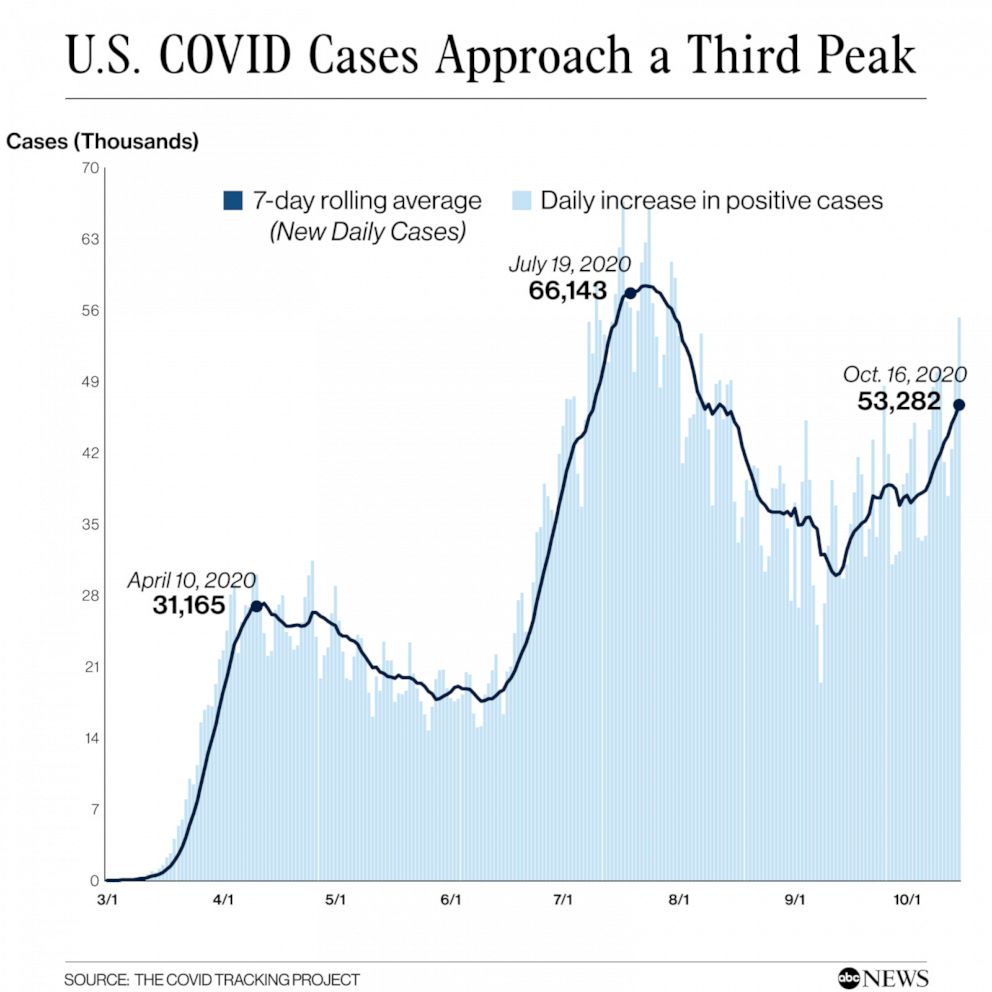 “We are caught in the middle of a COVID storm,” said North Dakota’s Republican Gov. Doug Burgum at a press event this week as he displayed a map with alarming positivity rates across the region, from Iowa to Idaho to Kansas.

Some of the growth in cases is fueled by the slow decline of cases in states with bigger populations.  For example, California and Texas, two states that had significant drops in late summer, continue to post more than 20,000 cases a week. Dr. Anthony Fauci’s warning that the U.S. could eventually surpass 100,000 cases a day could come true very soon.

“We are headed in the wrong direction, and that’s reflected not only in the number of new cases, but also in test positivity and the number of hospitalizations,” said Caitlin Rivers, an epidemiologist at Johns Hopkins University. “Together, I think these three indicators give a very clear picture that we are seeing increased transmission in communities across the country.”