R&B singer R. Kelly has once again hit headlines for the millionth time this year, as it relates to his most recent sexual abuse case from when he was first indicted on 10 charges of sex abuse back in February. He had remained imprisoned in Chicago as he awaits trial in New York for other sex abuse-related charges.

The “Step In The Name of Love” singer had stepped into something completely opposite from love. R. Kelly, also known by his gov’t, Robert Kelly, had recently missed his hearing on Wednesday and requested to be released from prison because of recent ‘health complications ‘ that he was facing. The federal judge in New York denied his bail after prosecutors claimed that if R.Kelly is released, it would be a strong possibility that Kelly would tamper his witness prior to his trial for the sex abuse case.  The federal judge denied his bond for release and his trial was postponed until May 2020.

Kelly, who has been the center of attention for these past couple months after the release of the documentary miniseries #SurvivingRKelly which explains the life of Kelly, from being a victim of sexual abuse to becoming an R&B icon, to now as a registered sex offender and a ring-leader in a prostitution cult. 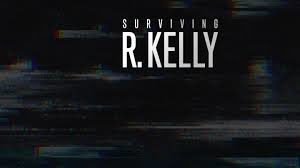 One of the most disgusting and disheartening things I’ve heard and read about this case is how many lives that Kelly had destroyed, including one life that is no longer with us, the late R&B singer Aaliyah, who died in a fatal plane crash back in 2001. As it was explained in the miniseries #SurvivingRKelly, R. Kelly and Aaliyah had developed an inappropriate  relationship beyond music during the production of Aaliyah’s debut album, Age Ain’t Nothing but A Number, which would eventually become even more than just a musical relationship, as Kelly persuaded then 15-year-old Aaliyah to marry him and lied about her age on the marriage license.

What are your thoughts? Do you think that R. Kelly is being punished for his wrongdoings by undergoing these recent health complications or do you believe that Kelly needs to rather “rot in prison ” for the time being until his trial in May of 2020?