With Atlanta being a hub for art, we must accredit the artistry and talent on hand that lies within the city’s reach. Rana Elniaj, (), is a freelance artist who mostly specializes in Pop Art drawings and paintings, with influences from famous American artist, Andy Warhol.

💜 a painting for Uzi

Besides influential figures, Rana has never been a stranger to the fine arts. Rana speaks to us in saying, she’s always had a passion for art and creating since she was very young. She explains never realizing her true potential until middle school came around. With time and dedication, Rana’s art pieces have flourished to what they are today.

The key to success, paint more 🔑🎨 Again, thanks to @djsip for the inspo Kermit x Supreme Oil on Canvas

Rana Elniaj is currently an art student at SCAD University studying interior design. Whether it’s interior design or anything else in the art world, she has plans to go very far. Rana also sees herself taking on creative director roles with a desire to never stop learning. We are very thrilled in seeing what she has planned next. Read my in-depth interview with artist, Rana Elniaj. 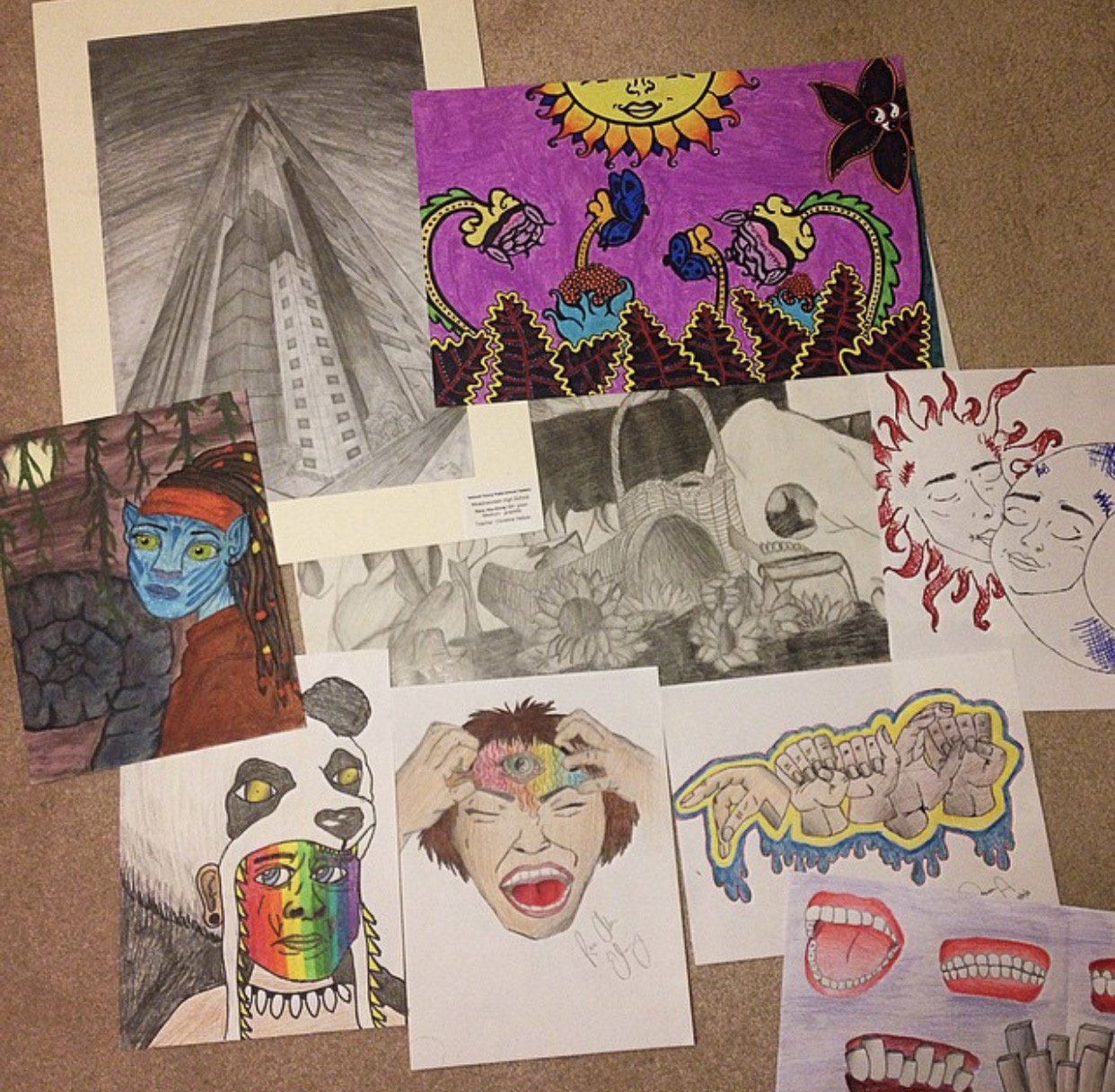 Paulette: What is your first memory of art?

Rana: I was very young, as young as being in pre-k. I remember having mini art projects to work on and I always took them seriously. I would look around at everyone else’s work and they just had stick figures while I was trying my best to make some proportional humans. That’s when everyone in the class realized they wanted me in their “group projects” to do the drawing.

Paulette: When did you first get into drawing and painting? When did you realize you had a gift for it as well?

Rana: Honestly, I didn’t completely realize the talent I had until I got to middle school. I’ve always been a lazy kind of person so I didn’t really paint or draw until I got to my required art classes in middle school. Those classes basically forced me to reconnect with my talents. And again, seeing my teacher’s and classmates’ reactions are what got me thinking “Oh wow, you really can draw Rana”.

Paulette: Most of your artwork seems to be very modernized and creative, where do you get your inspiration from?

Rana: I love Pop Art. Almost half of my work is inspired by Andy Warhol and that’s mainly because growing up, he was the first artist I discovered, so I’ve always appreciated him. I also think a lot of it has to do with my interests in general. I like relating famous paintings to my favorite hip-hop artists.

Rana: As I grow older, I realize I’m growing into my mother’s footsteps. So, of course she’s my role model, and for many other reasons. She doesn’t draw or paint but she was an architect overseas and she studied interior design. Now, I’m going to SCAD studying interior design. I would definitely do architecture but I suck at math so I will just admire it for now. As far as someone who helped me grow as an artist, it would be my brother Rany. Growing up, my brother was always drawing Marvel, Dragonball Z, and his own fictional characters. So I always thought he was the talented one. As he got older, he kind of passed that talent torch to me in a way. He basically raised me so all my interests and influence come from the things he taught me. I was for sure a tomboy back then because of that but it’s definitely made me cooler today. I am my brother’s keeper.

Paulette: Has any big figure in art industry or big-time celebrity ran into your artwork before?

Rana: There’s a few that have seen my work before but only the ones close to me because I don’t really advertise my talent as I should. I’m always surrounded by that environment so it does come up in conversations when they ask me “What do you do?”.

Paulette: What has been your biggest achievement as an artist?

Rana: That’s the thing, I don’t think I’ve achieved it yet. I feel like I’m just getting started. It could be something like having my first gallery or finally finding my niche and style. I want people to look at a painting and go “Oh yeah, that’s a Rana piece, it’s her signature work”. I won’t feel achieved until I experience that.

Paulette: Is there a certain message you want to transpire through your artwork?

Rana: With everything I do, my biggest thing is to be able to bring people’s ideas to life. As an artist, it’s easier to visualize people’s visions of how they want things to look. Seeing people’s reactions when they see the final work is priceless because it’s like “Yes! That’s exactly how I pictured it, thank you!”.

Paulette: What is something you value in another artist?

Rana: Being able to see another artist’s thought process in their work is my favorite. It could be as simple as loose brush strokes or a specific style and design they’ve created. I admire that because, at the same time, that’s their signature. And it’s also something I haven’t figured out for myself so I love seeing that in others work.

Paulette: Name three big things you prioritize and value in your work ?

Rana: Time, accuracy and effort. Those all tie together but they are really important to me. I can easily put together a seven-page essay for a class but making a painting is different. Half of the time when you’re writing a paper it’s about a topic you don’t care for. I can’t bullshit my artwork because that’s something I care about and has my name on it, it’s a representation of me. Those three factors are always taken into consideration when making a new piece, at least for me.

Paulette: Where do you see yourself in 5 years ?

Rana: If my interior design degree doesn’t take me anywhere, I want my paintings to. Or at least my creativity. I want to be my own boss but I want to collaborate with people and take roles on being a creative director for some. I just want to keep experimenting and being as flexible as possible. I never want to stop learning.

Paulette: What has been your favorite project or art piece this year?

Rana: There’s actually two and they’re the last two  I worked on. The first one would be my Bruce Lee painting. It’s been years since I did a pop art portrait and I thought I lost my talent but I still got it! That also took me the longest to complete. My second one would be the Marilyn Manson painting I did for my friend Lil Uzi Vert. I came across this picture of Marilyn Manson as Andy Warhol’s famous painting of Marilyn Monroe and had to remake it. Like, what’s better than my favorite artist and one of Uzi’s favorite artist mixed in one? 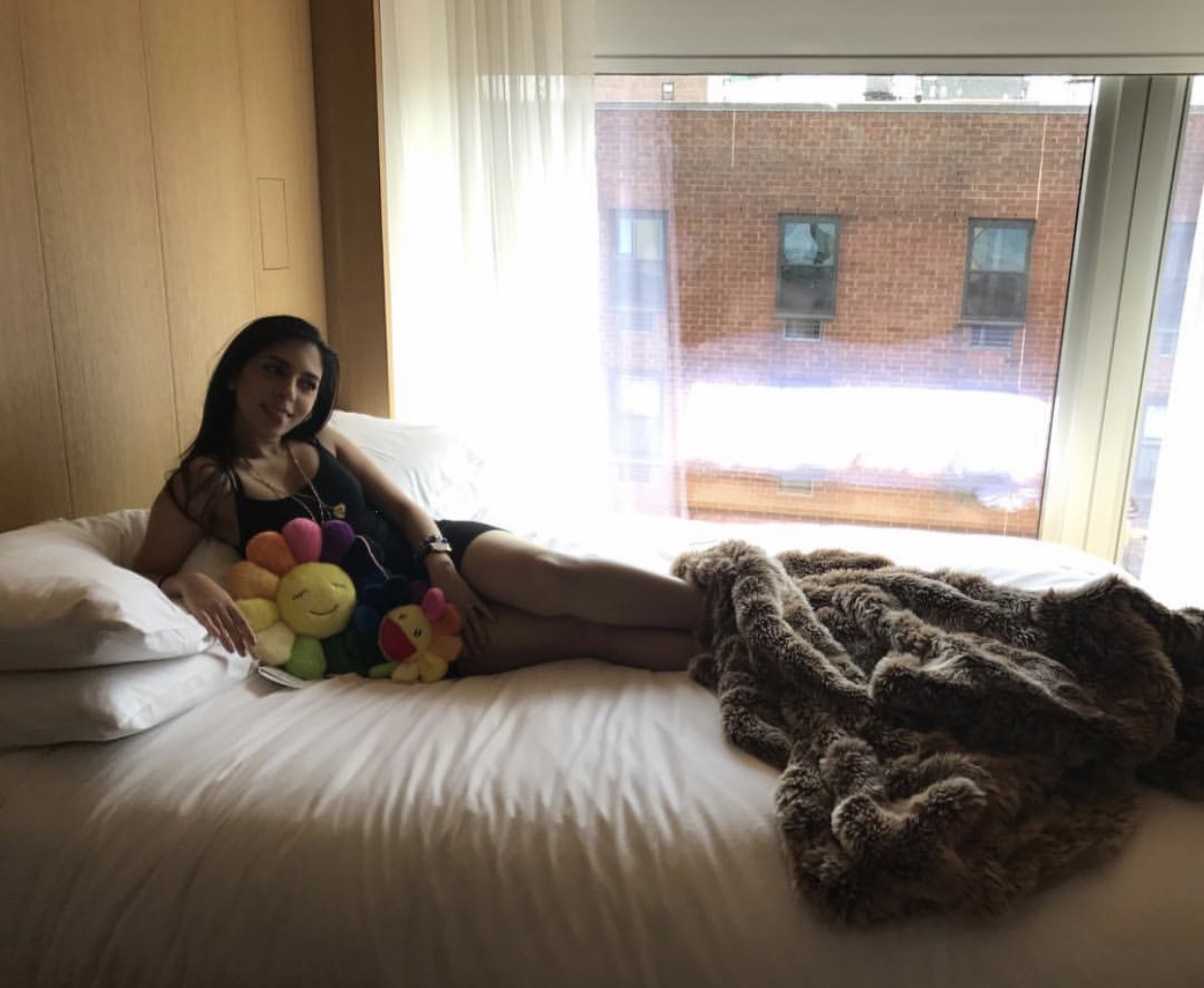