On August 4th, 2020, at least 200 people died, 5,000 were injured, and 300,000 were made temporarily homeless as a result of the Beirut explosion, which occurred due to improper storage of ammonium nitrate.

Lebanese artist Hayat Nazer made a memorial to mark the importance of remembering this tragic event. On the bottom of the memorial lays a clock that reads 6:08 pm, which was the exact time that the explosion occurred. The memorial is in the form of a sculpture that she calls Lady of the World, which is composed of rubble, debris, glass, and household objects that were found in the remains of the explosion. In an Instagram video, Nazer called out to locals for help collecting these items for her sculpture.

Nazer displayed this striking sculpture at the site of the explosion. Although Lady of the World carries a striking resemblance to The Statue of Liberty, Lady of the World has long, flowy hair that appears to be blowing in the wind. After completion, Nazer showed off her creation on Instagram. 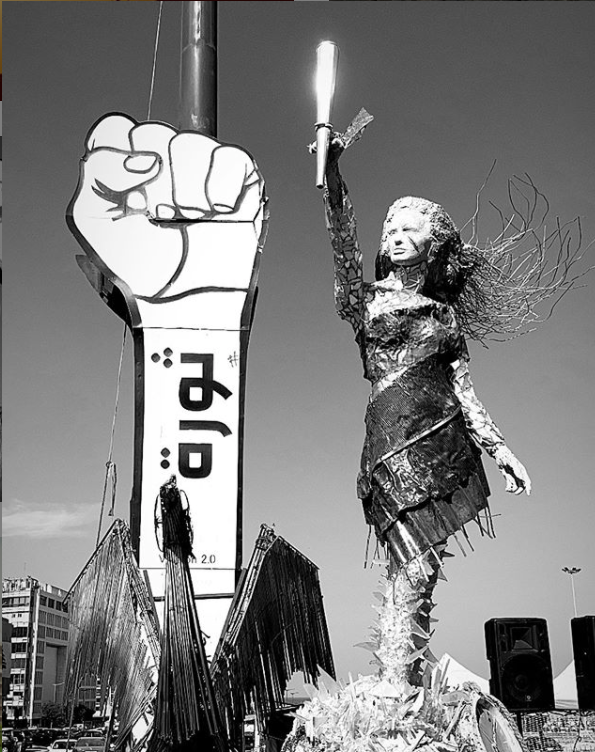 It’s not the first time that Nazer has created memorials and art pieces out of important events and protests. For instance, back in May, Nazer created a sculpture called the Heart of Revolution during the protests in Beirut. Nazer has also been credited as the maker of several other statues, including the Saucepans Tree, Corona Project, and Phoenix.