It shouldn’t come as a surprise when you hear people hyping up the art scene in Atlanta. “Atlanta’s on the rise”, or “Atlanta’s running things” comes up in conversation constantly. You wouldn’t be wrong either: for the past 10 years, the South has pushed an immense amount of talent to the forefront, drastically changing the pop culture landscape and giving new life to mainstream media today. We’ve become the rap capital, a film and production goldmine, and an all-around media hub.


Which brings us to Cam Kirk, the now 30-year-old photographer  & Morehouse graduate who made his mark working alongside Atlanta’s top artists and establishing himself as the city’s go-to shooter. He’s been covered in Forbes, he’s done work for Nike, Beats, major record labels like Atlanta’s Quality Control, and just about every important artist in the city. So in 2017, he decided to do something major, something new and unique: build Cam Kirk Studios, in a tall brick building that sits right across the street from THE Magic City.

Now your everyday photography studio opening up in your area is cool too, but this isn’t your average studio; to be completely honest, I wouldn’t even call it a studio. Cam Kirk Studios is more like a creative space, with young artists and influencers constantly dropping in. You could pop in for a shoot, or come to pick up exclusive gear from the dTOUR Shop. The studio has consistently hosted major networking events, workshops for young photographers to perfect their craft, and art shows and exhibits from some of the best and upcoming artists in the city. They even started a go green initiative, going into the community to clean the streets & partnering with artist Freako to create recycling bin art pieces you can actually use! But aside from that, what Cam Kirk Studios has done for the artists and creatives in this city is monumental.


Speaking on my own behalf, as a young photographer from the metro area, it’s hard enough feeling like your work won’t ever gain traction because you may not know who or where to turn to for mentorship, or you may have a passion in photography/film but may not have the experience or knowledge to pursue your dreams. Especially in today’s Atlanta, where a lot of industries have become over-saturated, you may not know where you fit in. I personally had that struggle and was fortunate enough to have a supportive cast of people and creatives around me in my life, but we’ve all felt a little lost from time to time. But having a safe space to work, to learn from some of the best and brightest in the city.

To build relationships with people who understand you and your passions, who are there to help you become the best you can be. Access to equipment, as well as the chance to learn technique, to establish your style and build upon your portfolio. And to offer this for either $65 or for free (depending on what appointment option works for you), which is a STEAL of a deal whether you’re working a 9-to-5 or shoot independently, is great for those trying to invest in their dreams daily. Some of us are students, trying to balance responsibilities, some of us are trying to support their loved ones, others are simply hobbyists who are looking for a place to go! No matter what you are or what you’re looking for, you’ll feel right at home at Cam Kirk Studios.


First, I’d like to thank Cam Kirk. For everything you’ve done for the city, as well as the impact you’ve had on me coming up. The amazing staff (Marlon, I see you big homie!), and Cam Kirk Studios for giving the next generation of media moguls and film/photography giants the chance to be seen, be heard and be the best you can be. Be sure to follow @camkirkstudios and look out for their special “Double or Nothing” anniversary events throughout the month of July. 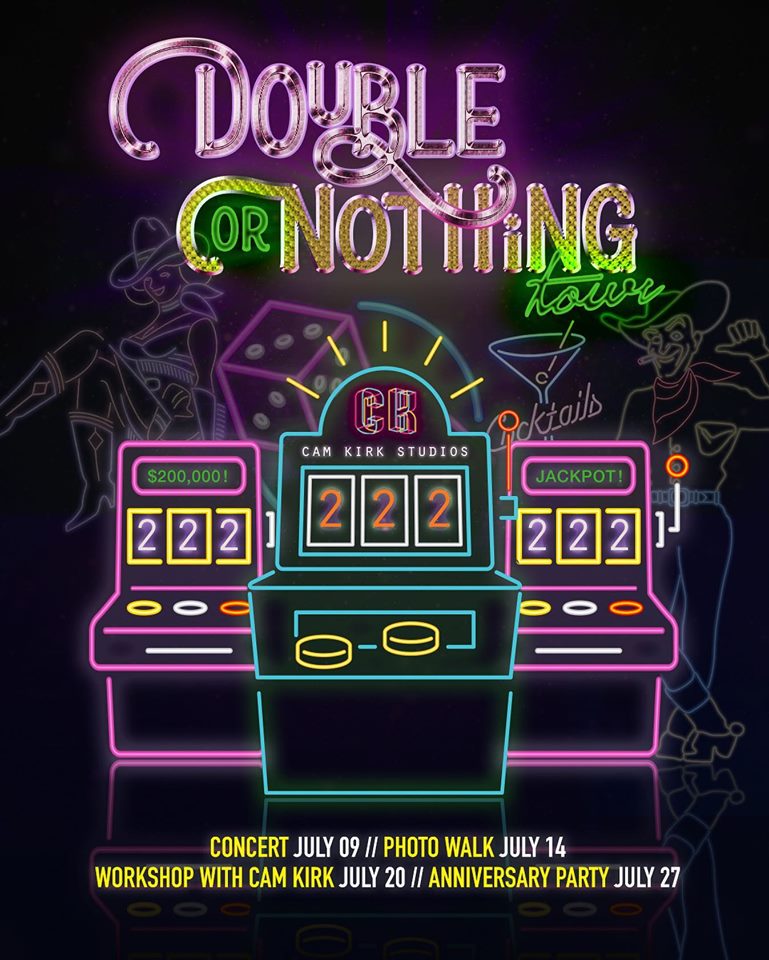