Behind the Art with Jean-Baptiste Seckler:”I Want to be Happy Each Second of My Life”

Jean-Baptiste Seckler is famous for his realistic sculptures that depict  many respected African-Americans throughout the years, one in particular being Mike Tyson. His sculptures can be found around the world, though take a look here as he shares his journey of becoming a renowned sculptor and full time artist.

What inspired you to begin sculpting?

I used to draw a lot as a child, but when I was 14, I remember seeing a match with Mike Tyson and he inspired me to begin sculpting because he had powerful eyes, that I felt carried a lot of emotion.

“In this face you have an entire world, a whole story of a person” “I said I can understand this guy, there’s something very deep about him. I gave him the sculpture and he loved it, I just came with my heart and my art.”

This was the concept for my first sculpture. So I began sketching out how I would execute this and drew out his side profile alot. After I finished the sculpture I went to Memphis, TN and gave him the sculpture, after the Lennox Lewis vs. Mike Tyson heavy weight championship game.

Not too long after, a friend of Tyson asked me to work on a project in Brooklyn, where I created sculptures of Martin Luther King, Stevie Wonder and more.

Has sculpting made it easy to transition into acting?

I love socializing and collaborating with others. So I attended École Perimony, a dramatique arts school in France for three years. It was a beautiful experience, especially for my sculpting, I gained a lot of knowledge working alongside writers and other artists.

How long does it take to create a sculpture, specifically the Mike Tyson sculpture you’re making?

For the sculpture i did back in 2002 of his face that took me a few weeks, However, for this natural sized one where I’ve only constructed the leg so far, it will take some months to complete. I would like to do and exhibition of boxers specifically at the Tyson Ranch in California. I enjoy creating sculptures of famous boxers like Connor McGregor as well. 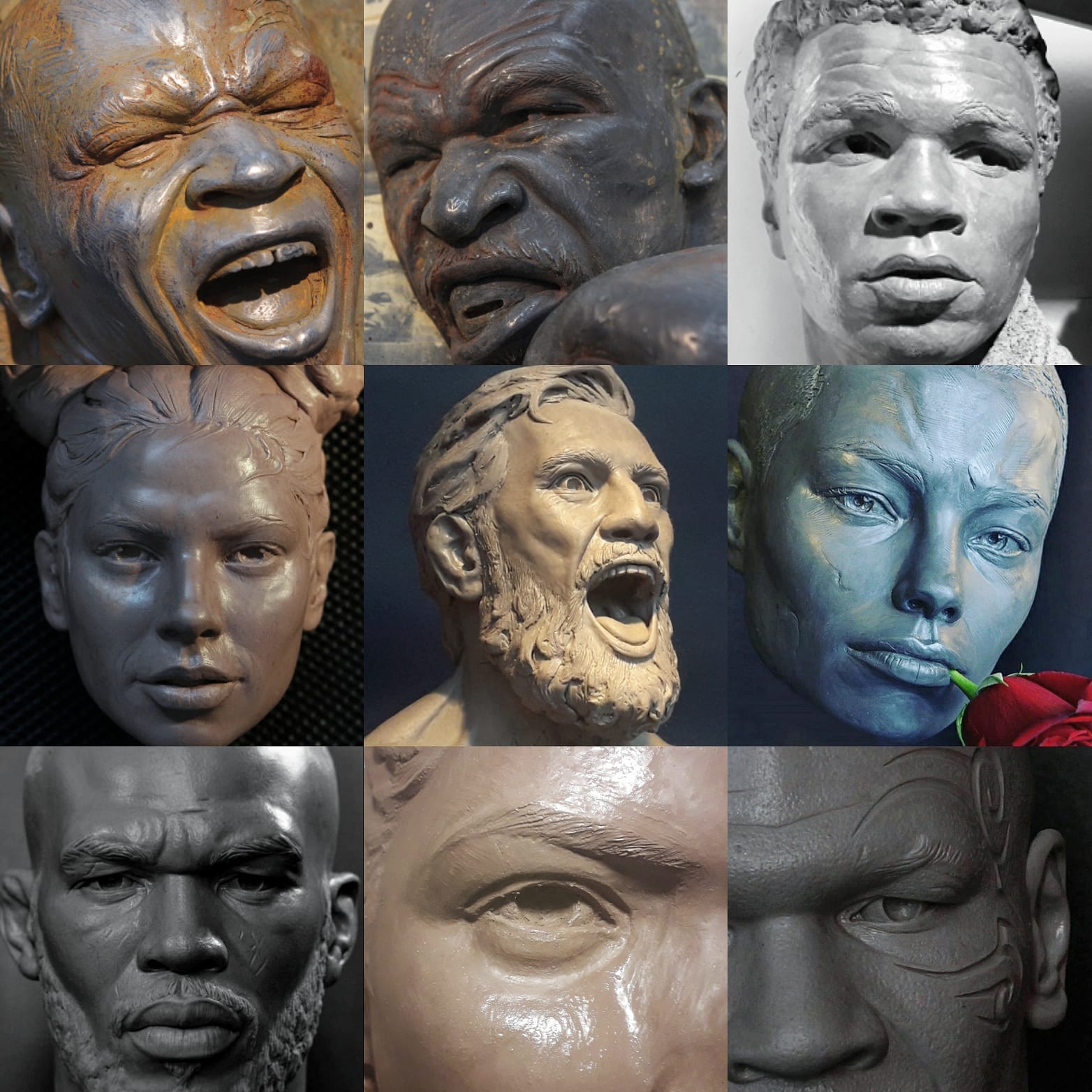 Did you at one point in your life want to be a fighter?

Yes, definitely, I was doing karate and boxing for 8 years. The first fight I saw was of Marvin the Marvelous Hagler and then I shortly discovered Tyson. I loved boxing, but the sport was too rough for me and I didn’t have the drive to keep doing it and endure the pain that came with the sport.

Are your sculptures featured in galleries around the world or just in France?

Yes, you can see a few of my sculptures in the Musée Grévin which is a Wax museum in Paris. I remember giving them my information when I had first started sculpting and they called me 7 years later about a project they were doing on was figures of affluential people. I did Rihanna, Michael Jackson, Michael Jordan, Lady GaGa and Charlie Chaplain. These can all be seen at the Grévin Museum, which has locations around the world in Prague, Seoul, South Korea, Switzerland.

“The idea is to not wait for something, it’s just to do, and this is especially not easy when you do art. It’s my passion so, I couldn’t have it any other way.”

Would you ever consider being a curator or opening up an art gallery?

Maybe one day, the easiest thing for me right now, is working in my studio and growing my skills. I’d love to do it with other artists, can’t be by myself.

What is your next project after Mike Tyson?

This boxer exhibition I mentioned and I also want to get some cinema roles here in France.

“I want to be happy each second of my life” 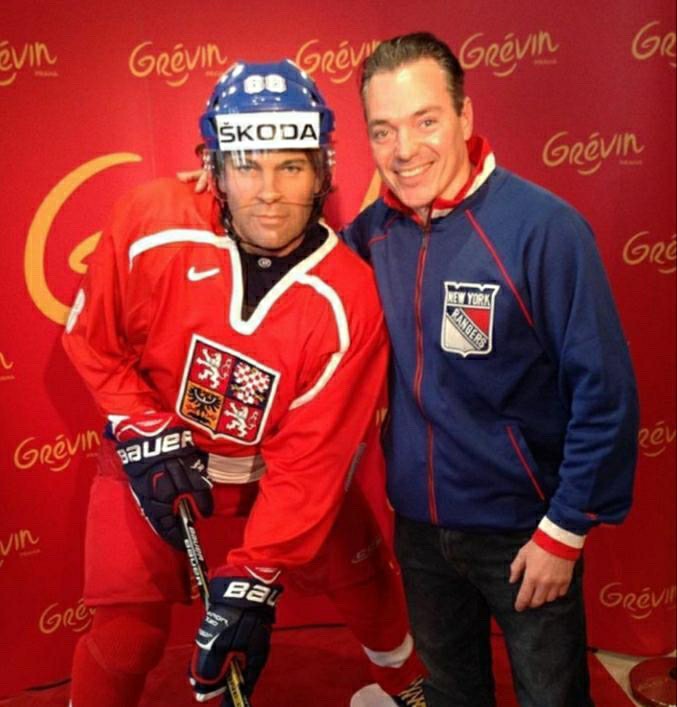 I get different orders, sometimes for bronze statues in towns, films and individual pieces. 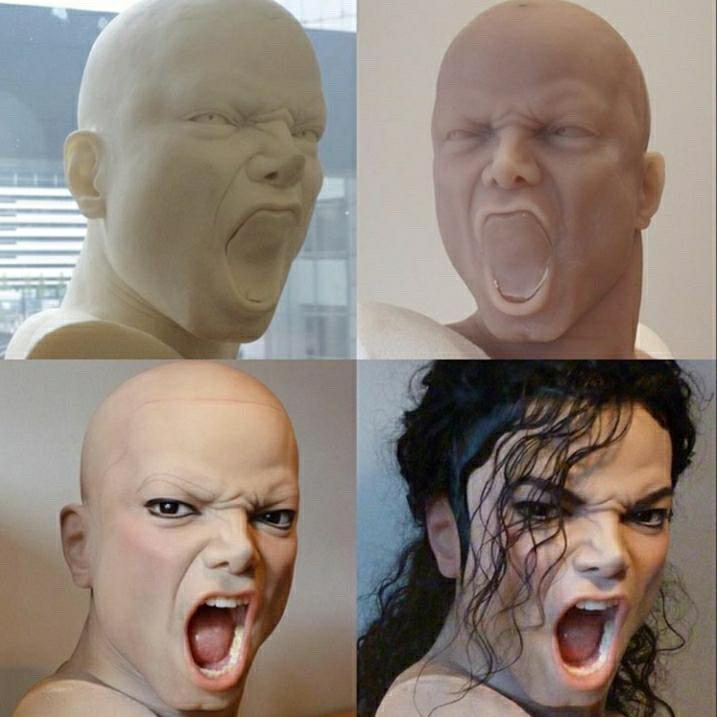 I see you have two sons do they ever assist you in the studio?

Yes! Delys, Issa are always happy to help me. 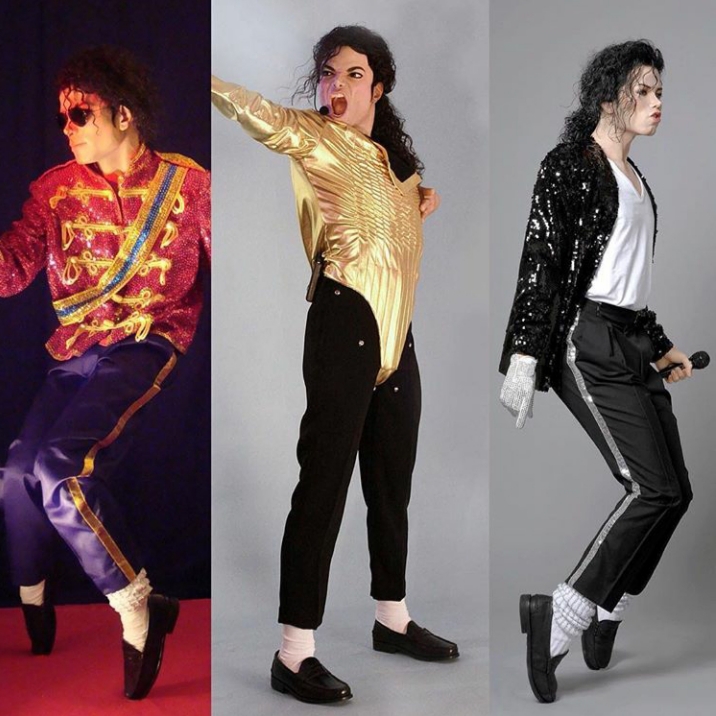 Seckler is currently working out of France and is hopeful that in the years to come he can open up his exhibition in Los Angeles, California. To follow along on all of Seckler’s projects, follow him on Instagram.

All photos courtesy of Jean-Baptiste Seckler

Previous ArticleTom & Jerry (2021) Review: A Classic Rivalry Gets A Revamp
Next ArticleArizona Man Forced to Pay Fine After Faking His Own Kidnapping
NIPSEY HUSSLE TUC RECAP