The High Museum of Art is looking forward to three exciting upcoming exhibitions; one of which is created by renowned photographer Dawoud Bey, who captures underrepresented communities and explores African American history. 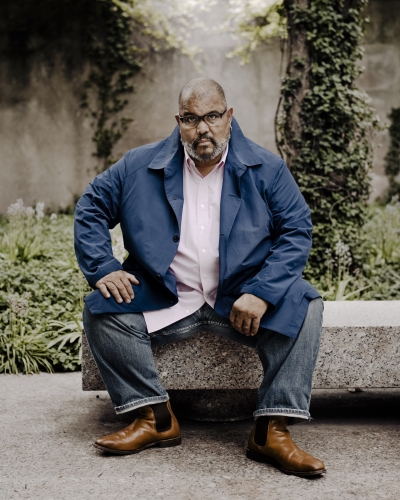 Bey has played an important role for decades regarding him representing communities who’s stories remain untold.  He graduated from Yale University with a Master of Fine Arts degree, and is currently Professor of Art and a Distinguished College Artist at Columbia College Chicago. Bey started his journey as a photographer in 1975, with his first series of photographs, Harlem, USA, being exhibited at the Studio Museum in Harlem in 1979.  His other work has been featured in numerous museums and institutions around the world: a few include the Fogg Museum in Harvard University, the Art Institute of Chicago, the Brooklyn Museum, the National Gallery of Art in Washington, D.C., and more.

Dawoud Bey: An American Project recollects Bey’s 45 year long journey through his career, while showing his “profound engagement with the young Black subject and African American history.”  His illustration of African American history gives a perspective of power and strong symbolism.  The exhibition includes a collection with early portraits of Harlem residents, large-scale color Polaroids, a series of collaborative word and portraits of high school students, and more.

The exhibition is set to open on November 7, 2020, and will be open to guests who’ve acquired reserved tickets.

View some of Bey’s work from his series below.

“I wanted to photograph this man in the bowler hat who was talking to a group of three friends and I had no idea how to interrupt their conversation in order to do so,” said Bey through an explanation of his process. “This is when I first realized that it wasn’t just about the photograph; it was also about establishing a relationship out of which comes the photograph.”

“[I give] the black subjects [a space] to assert themselves and their presence in the world, with their gaze meeting the viewer’s on equal footing,” said Bey while describing his approach to strangers he portrayed.