Supreme is slated to release its new Fall/Winter 2017 skate decks that will feature the works of contemporary American photographer Cindy Sherman. Sherman has created two limited edition skate decks that are an extension of her Grotesque Series. The decks will be released today on November 9th in Supreme stores in NYC, Brooklyn, LA, Paris and London. On November 11th, the skate decks will be available in Japan.

Sherman is most known for her explicit unmatched aesthetic that pushes the boundaries of modern photography. She uses photography as a method of exploring topics ranging from common societal perceptions of women and social roles to self-identity. The latter being expressed the most in her tradition of creating self-portraits. She is credited as expanding movement of modern photography through her unique lens.

Take a closer look at her unconventional skate deck designs below. 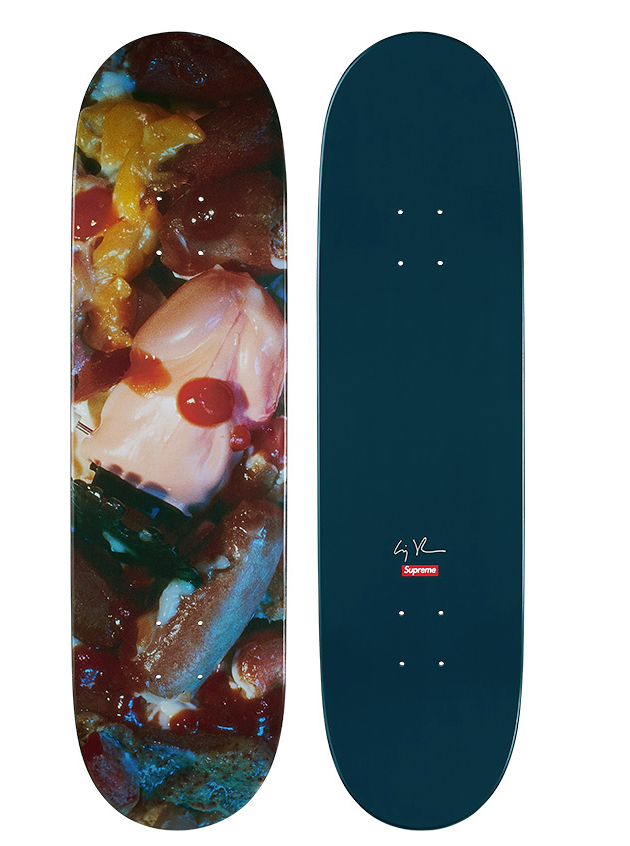 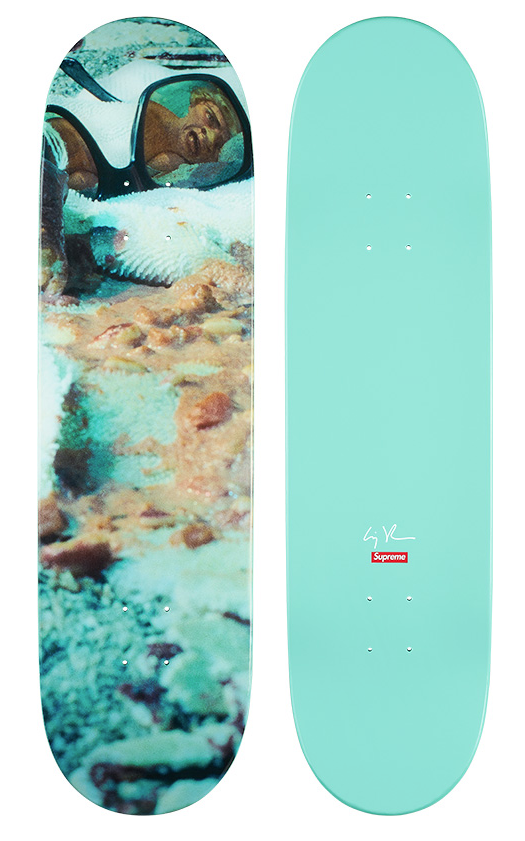 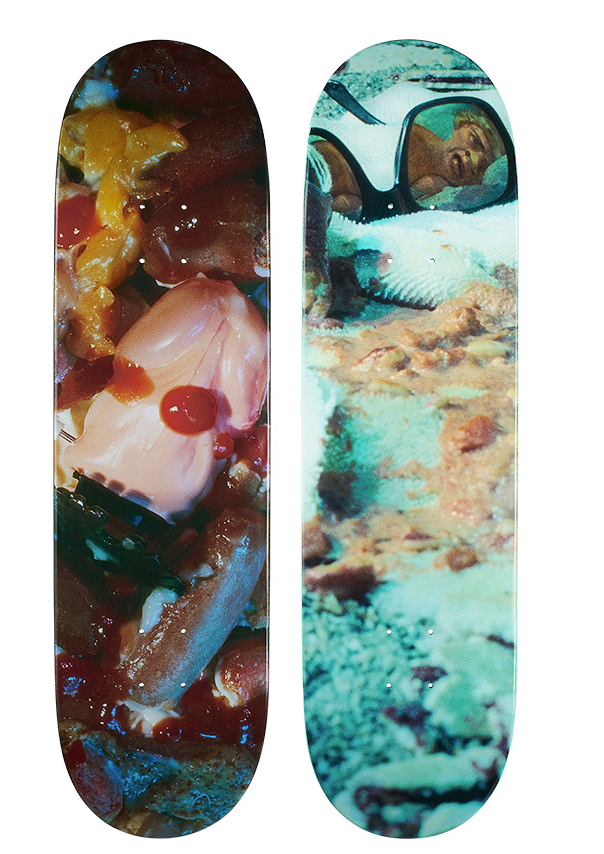