Besides running the country, former president Barack Obama gave us the swagger and the soulful tunes. But, first lady Michelle Obama presented a certain type of dignity in her work as FLOTUS and fashion that will forever be unparalleled. Whether she’s delivering a speech in a flowing gown, or busting a move in sweat pants while campaigning for good health, her wardrobe has always been a trending topic. In honor of president’s day,  I chose to name my top fashion forward moments of our former FLOTUS. Quite frankly, Michelle Obama IS the maven of poise fashion. So, here it goes. 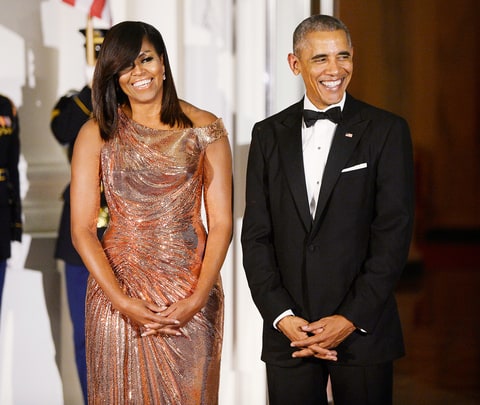 5. Michelle Obama at the last State Dinner in October 2016

Can you say shimmer? The first lady is seen wearing a gold sequin gown tailor made to perfection by Atelier Versace’s haute couture. The gown peeked off of the shoulder just a little, but the intricate layers along the waist that resembled a golden horizon caught my eye. While the garment modestly accentuated the first lady’s curves, she displayed poise and confidence, as per usual. 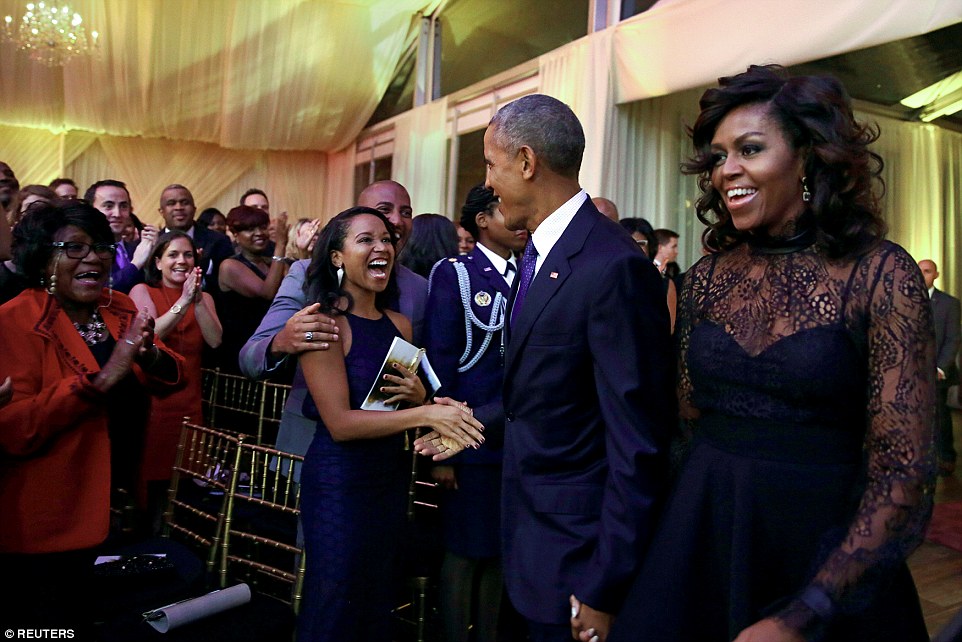 4. BET’s Love and Happiness concert at the south lawn of the White House in October 2016

Who says the first lady couldn’t be sexy? Haven’t you heard a diamond is a girl’s best friend? Well, so is lace, but that’s besides the point. This simple but chic dress was almost as iconic as Michelle Obama singing along with Usher at the actual BET Love and Happiness concert. The flawlessly stitched lace seemingly appeared as black butterflies up her arm. The faux leather along her neck and wrists brought a little of her sexy out. 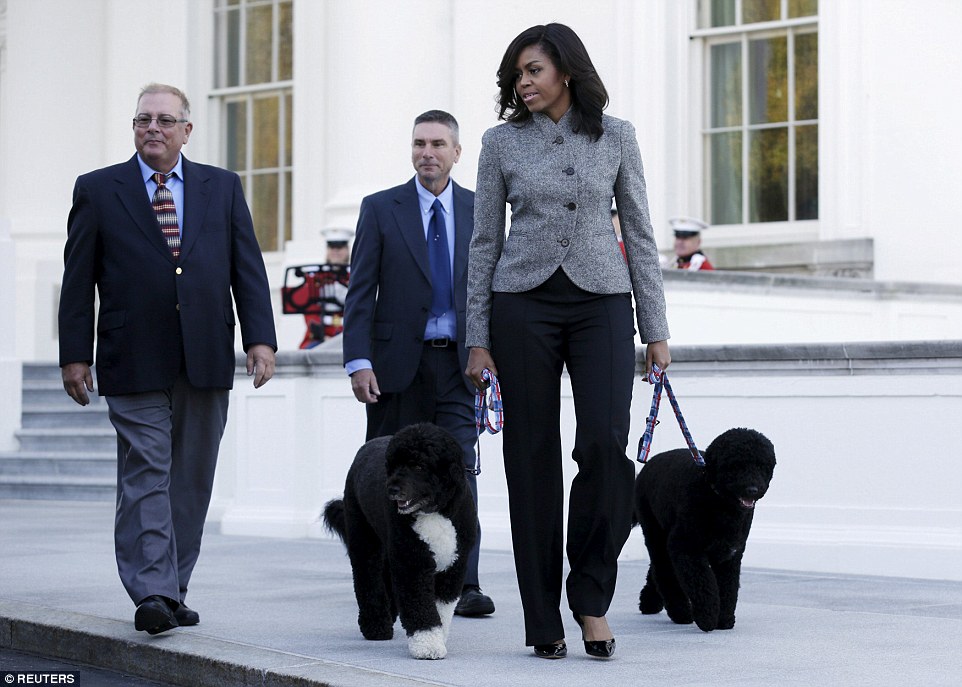 She makes it look so easy! This smoky grey and black pant suit proved that the first lady can slay in just anything. Although I’m a fan of anything that she wears that slightly sweeps the floor, no one can serve in a simple pantsuit like the former first lady. Sorry Hilary Clinton. 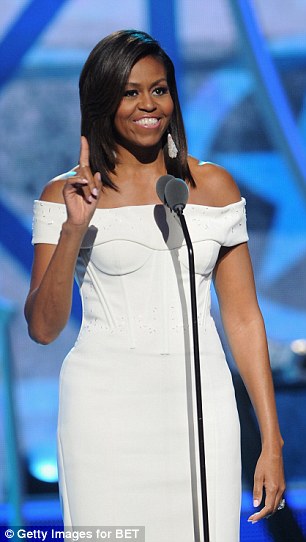 She was feeling godly! This ghost white, off the shoulder dress by American designer, Zac Posen gave me life. From the corset inspired top, to the shimmer from her earrings, she slays effortlessly, once again. 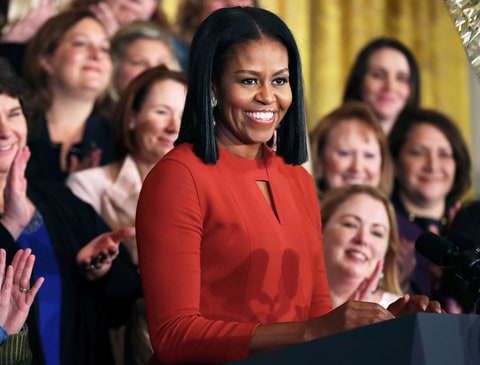 “It’s so haaaaard to say good byyyye to the queen of slaaaayEEEEE!” In Michelle Obama’s final speech, she wore a dress by Narcisco Rodriguez, a cuban designer. One can conclude that Rodriguez could be a good luck charm for the first lady. She chose the designer at time periods of milestones. The first one being the 2008 inaugural ball where he designed a fiery red and black dress for her. Then of course, this one. Whether this is a political statement or a coincidence, the elegance that Michelle Obama has displayed over these 8 years in the white house is worth epitomizing. Forever, my FLOTUS!