Why are Black Children More Likely to go Missing?

According to the FBI’s National Crime Information Center database, over 400,000 children went missing in America last year; 37% of those were African American despite only making up 14% of the population. ‘The chilling story of Jayme Closs, the 13-year-old white Wisconsin girl who was kidnapped after her parents were killed last year, was national news. But people might be less familiar with the story of Arianna Fitts, a black 2-year-old who went missing in 2016 before her mother was found brutally murdered in the San Francisco Bay Area.’ Both traumatic incidents deserved equal coverage, however, the media only tend to heavily showcase a fraction of these cases. Experts believe that it is significantly down to race. 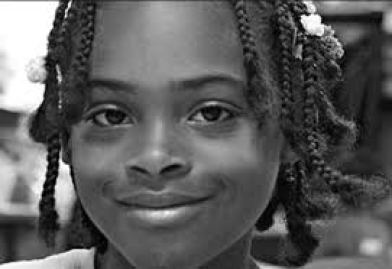 largest homeless shelters. She was a vulnerable girl in need of protection, but despite this, it took the police 18 days to start looking for her after she went missing in March 2014. To this day, Rudd remains a missing person, and no-one is quite sure about what happened, or even if she is still alive. The shelter’s caretaker Tatum took a strange liking to the 8-year-old and was the last one to be seen with her. Relisha’s disappearance shone a spotlight on the dire situation endured by the children at DC General, and the shelter has since closed. However, this is the story of only one Black child, and with a higher percentage going missing every day, it begs the question of why the poor proportion?

News media organizations often receive large amounts of criticism for their lack of coverage when it comes to children of color, particularly of African-American descent, and a 2015 study showed that this is rightly so. The report found out that though black children accounted for about 37% of missing children cases in the FBI’s database, they amounted to only 7% of media references, which is politically outrageous, especially as experts admit that immediate coverage is vital for a case with a positive outcome. “It puts law enforcement on alert, and they add additional resources to the case. If no one knows about it, then no one’s doing anything to find them or to help them get the assistance they need.”

Their families are hesitant to call the police

Some families believe they are better off not getting the authorities involved at all, even when there is a missing child at stake. Continuous police brutality directed at people of color has created a huge feeling of suspicion and wariness when it comes to the police. “There’s a sense of distrust between law enforcement and the minority community,” said Natalie Wilson, co-founder of the Black and Missing Foundation. That distrust contributes to a “silent code of ‘no snitching,’” Wilson said, adding that it is important for people who suspect a child is missing to speak up. “It could be your child, your mother, or your father that’s missing,” she said. “You would want someone to speak up to help find them.”Other families might not report that their child is missing because they fear it could have unintended, negative consequences.

Some get classified as runaways

Many of the children of color who go missing come from hard backgrounds, with many in foster care or suffering from homelessness, and although this makes them very vulnerable targets for sex trafficking, police often disregard their cases, stating that they must have run away to escape their difficult lives. Missing children can also include those who were abducted or lured away by their own family members, and these cases are rarely seen as important enough to have amber alerts or news coverage.

In conclusion, more awareness needs to be brought to the unfair percentages of Black children who go missing and are never found. Police excuses should no longer be justified, and every single child deserves the right to equal media coverage and amber alerts. However, in order to fully have equality, trust between authorization and people of color needs to be built up. Without this, there will unfortunately always be injustice, and it’s our children who have to suffer.