Super Mario World Will be Opening in 2021 in Japan

Have you ever wondered what it would be like to physically be inside the world of the classic Nintendo video game franchise, Super Mario? Well, if you travel to Osaka, Japan next year you’ll possibly be able to get the opportunity to actually be in the world of Super Mario. It was announced that the $580 million worth Super Nintendo World will be opening up to the public on February 4th, 2021.

Executive producer Thomas Geraghty of Universal Creative announced the opening of the newest edition of Universal Japan on Monday. The press conference took place inside the newly built Browser’s Castle in the amusement park. Geraghty had so much to say about the newest attraction in Universal. He stated that the new edition Universal Studios will give people an experience that “can be found nowhere else in the world“. This also will include attractions based on the popular Mario series of games, as well as restaurants and gift shops. 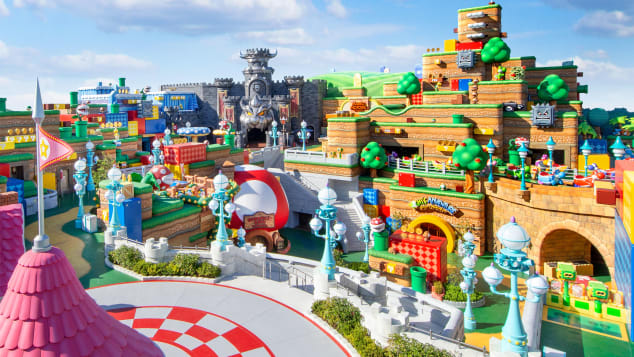 Some of the announced rides and games were also announced. One of them is the Power Up Band Key Challenge. Guests would have to purchase power-up bands for the park’s challenge. This challenge will consist of collecting virtual coins and items. Guests will also be able to play interactive games throughout the park, including helping Princess Peach rescue the Golden Mushroom from Browser Jr.

An inside sneak peek of the newest attraction in Universal Japan amusement park was released and it seems like the park will actually have guests feel like they’re realistically a part of the Super Mario franchise. When the park first opens, guests will need to purchase an “Area Timed Ticket” or “Area Timed Entry Ticket: Advanced Booking”. Both of these types of tickets could be purchased through the Universal Japan app. The park officials also will be taking a huge caution with opening with protocols that could ensure many guests are safe and social distancing due to Covid-19.