For months now both PlayStation and Microsoft have been stuck within an old Western-like standoff in regard to revealing the prices of their new consoles. On the 9th of September, Microsoft finally budged and fired the first shot in the form of a tweet revealing the prices for both the Xbox Series X and its little brother the Series S. Microsoft is intending to launch its new series of consoles on November the 10th with pre-orders beginning on September the 22nd for those especially avid gamers. The Series X will be initially priced at $499, with the Series S coming in $200 cheaper at $299. Microsoft understands that for many these prices may be out of their audience’s price range, and thus, have introduced the unique ‘Xbox All Access program’.  This package allows customers to split the cost of the console, Xbox Game Pass Ultimate (a subscription that gives access to various games), and Xbox Live, over the course of 24 months. Such a bundle makes gaming much more inexpensive and perhaps reveals a new era of more affordable gaming. 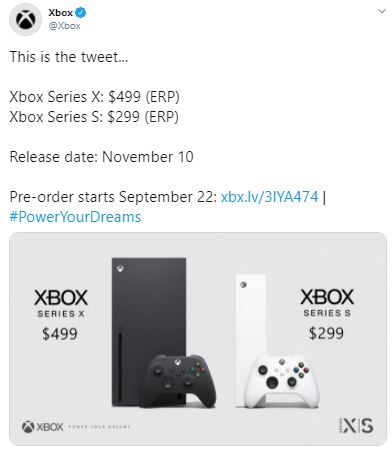 So, what exactly sets Microsoft’s next-generation apart from the previous age of the Xbox one? Since being officially unveiled at ‘The Game Awards’ on the 12th of December in 2019, we have learned that it’s more than just the Series X’s monolithic design which separates it from its predecessors. Technology-wise the Series X has reached a whole new level; the processing unit is based on the powerful computer processor, Zen 2 Ryzen. It has eight cores, with each one running at up to 3.8 GHz. Ultimately, this means that all those seemingly endless loading and save times are a thing of the past. This processing unit is reportedly four times more powerful than the hardware inside the Xbox One. Furthermore, it has 12 teraflops (measurement of computer performance) of processing power, giving it 4K 60fps gaming, which can potentially shoot up to 8K resolution. With picture quality like this, it seems like more than ever we will be able to escape to another world through gaming. Considering the mess that 2020 has been so far, and the looming reality that the virus will launch a second wave, the escapism that the Series X offers will be welcomed with open arms.

Another aspect of the previous generation that the Xbox X addresses is the need for more console storage. The console possesses a 1TB SSD (solid-state drive) storage hub, which speeds up data access dramatically. If this turns out to still not be enough, there is an expansion slot on the rear of the console to add an additional 1TB SSD card. With Microsoft drastically increasing the storage capacity of the Xbox console it means that gamers will be available to game to their heart’s desire without any restrictions. 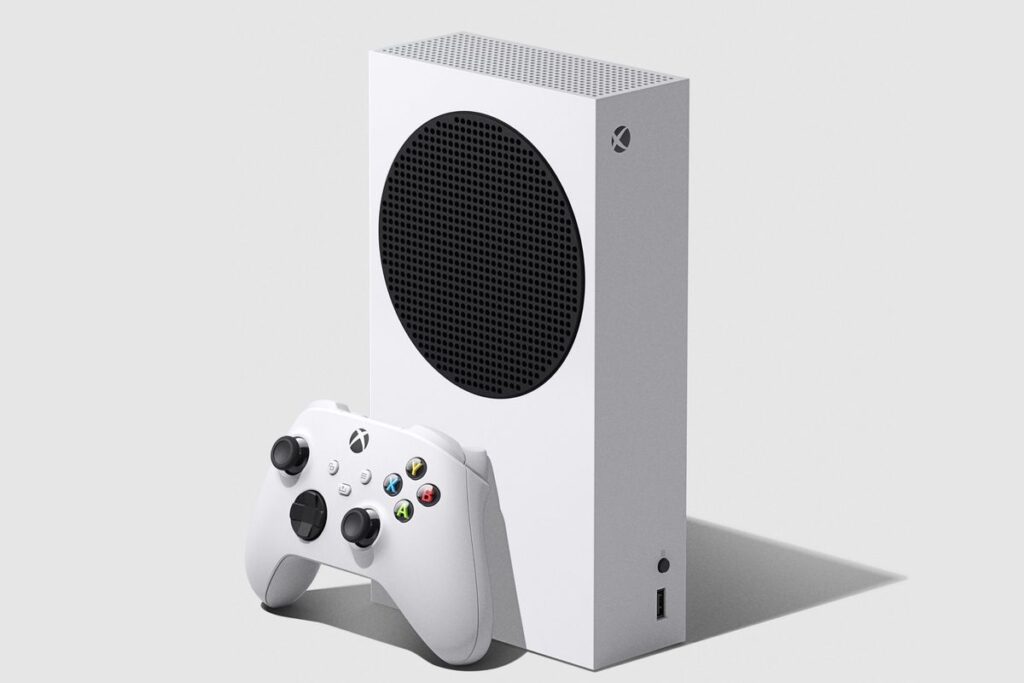 With the Xbox Series X setting itself up to be a true powerhouse of the gaming world some of the limelight has been taken off its younger brother the Series S. Microsoft has made it very clear that the Series S has been designed to “allow more players into the next generation” at a fraction of the price. It seems as if the Series S is targeted at the more relaxed gamer. One of the biggest differences between the two consoles is that the Series S is a digital-only console, meaning it has no disc drive. However, it still seems to have a lot of the similar technological power that its older sibling possesses. Whilst it doesn’t have comparable storage potential, the picture quality still remains, allowing for 4k media streaming. Additionally, the Series S “supports all the next-gen features” such as frame rates up to 120fps and variable ray tracing, meaning the fantasy worlds on your screen will burst into life. With the Series S, Microsoft seems to have created an excellent gate-way console into the new generation of gaming. Those rainy days playing NBA or FIFA with your closest friends have just been elevated to a new realm with the Series S. It’s a console that doesn’t lose the intimacy of gaming that the casual gamer loves, whilst also achieving the professionalism that leaves us in technological awe. 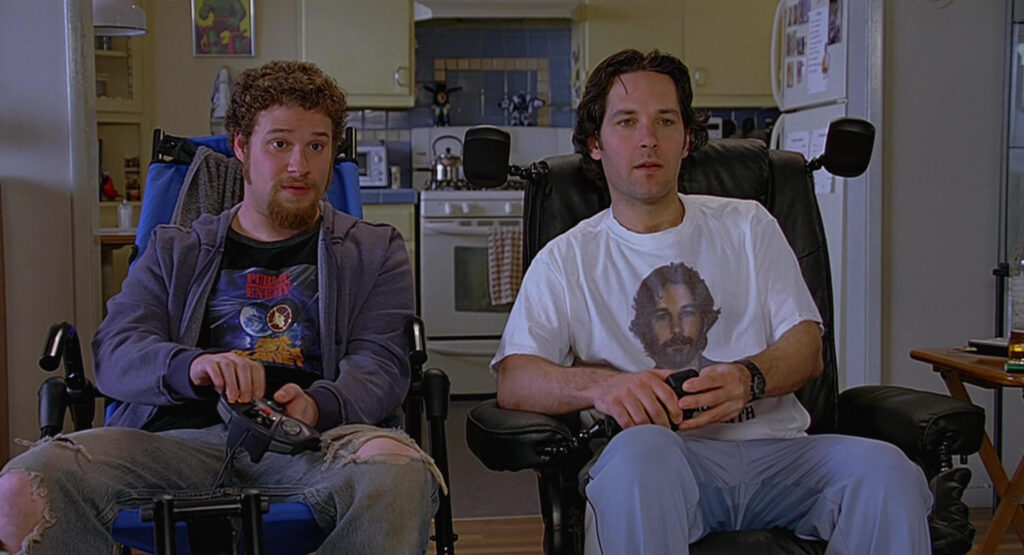 The introduction of both the Series X and Series S from Microsoft distinctly demonstrate a new development within the gaming world. It’s clear that Microsoft understands the importance of tailoring their products for both the devoted gamer and the more casual one. This new generation is set up to be one of cohesive hybridity and ground-breaking technological experiences.

Previous ArticleTrump Signed a Bible, and It's up for Sale for $37,500
Next ArticleDating Applications Revolutionize Intimacy
NIPSEY HUSSLE TUC RECAP