When it comes to humans and their wonderful ability to create, we become our own worst enemy. It’s a gift and a curse in the way we handle problems and logical thinking assessment of those problems. Whether we are attempting to bring back the dinosaurs (for what reason seems to escape me) or building advanced AI human-like robots to do our bidding, we just can’t seem to leave well enough alone. Tech billionaire Elon Musk’s new venture is just the latest in a series of stereotype villain film trope rich white men who have way too much time on their hands.

It was only so long ago when Musk announced his plan to better understand the inner workings of the human mind. Neuralink, Elon Musk’s brain implant startup, hopes to run human trials for their implant product soon. According to Neuralink’s mission statement on their website, the company hopes to serve as a pioneer in the close relationship of humans and next-gen technology by building a “brain-computer interface.”

In the grand scheme of things, the chip would externally allow disabled people to control their devices by way of mind control. The brain implant could usher in the next wave of medical and physical treatment for those not able-bodied. Information will also be allowed to be received by the user, casting away the need for handheld devices. It’s something many humans could see as the potential of this type of technology. Last year, Neuralink released a video of a monkey playing ping pong with his mind. The video shows how much progress the company has made since Musk first announced it back in 2019. Despite the good intentions of the company, the idea raises more questions than answers as we rapidly advance with each passing year. 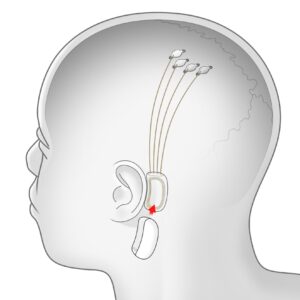 Many people have taken to Twitter over the weekend to voice their concerns when Neuralink announced they were looking for Clinical Trial Directors. The world is in the midst of one of the biggest privacy and security periods since mankind discovered fire. We share everything about our life on the internet without a single thought. Passwords and banking information pose risks with impending attacks from cyberware and hackers. The United States alone has had its fair share of violations of our Freedom Act (NSA, I’m looking at you.)

Many cited the popular Netflix show Black Mirror as a gateway into how something like brain implants could lead to invasion of the human mind. one of their episodes, “The Entire History of You,” allowed characters to replay memories or sensations with chips in their brains, which became a detriment to their personal privacy. While human trials might still be a little farther down the line, there’s no denying the effects this might pose in the near future.

Previous ArticleTUC Talk Ep 26 Is Your Lifestyle Helping or Hurting You?
Next ArticleTUC 5 Things To Stop Apologizing For
NIPSEY HUSSLE TUC RECAP