Pro Golfer Tiger Woods Involved in Car Crash, Said to Be in ‘Stable Condition’ After Surgery

Pro golfer Tiger Woods was involved in a single high-speed car crash that left him racing against the clock early Tuesday. Woods was driving along the border of Rolling Hills Estates and Rancho Palos Verdes, which is about 20 minutes south of downtown Los Angeles. Tiger Woods’ vehicle, 2021 Genesis SUV, appeared to first make contact a median, then went across the two southbound lanes. According to further reports, it hit a curb, hit trees, and rolled over several times, with the vehicle ultimately settling several hundred feet from the road. 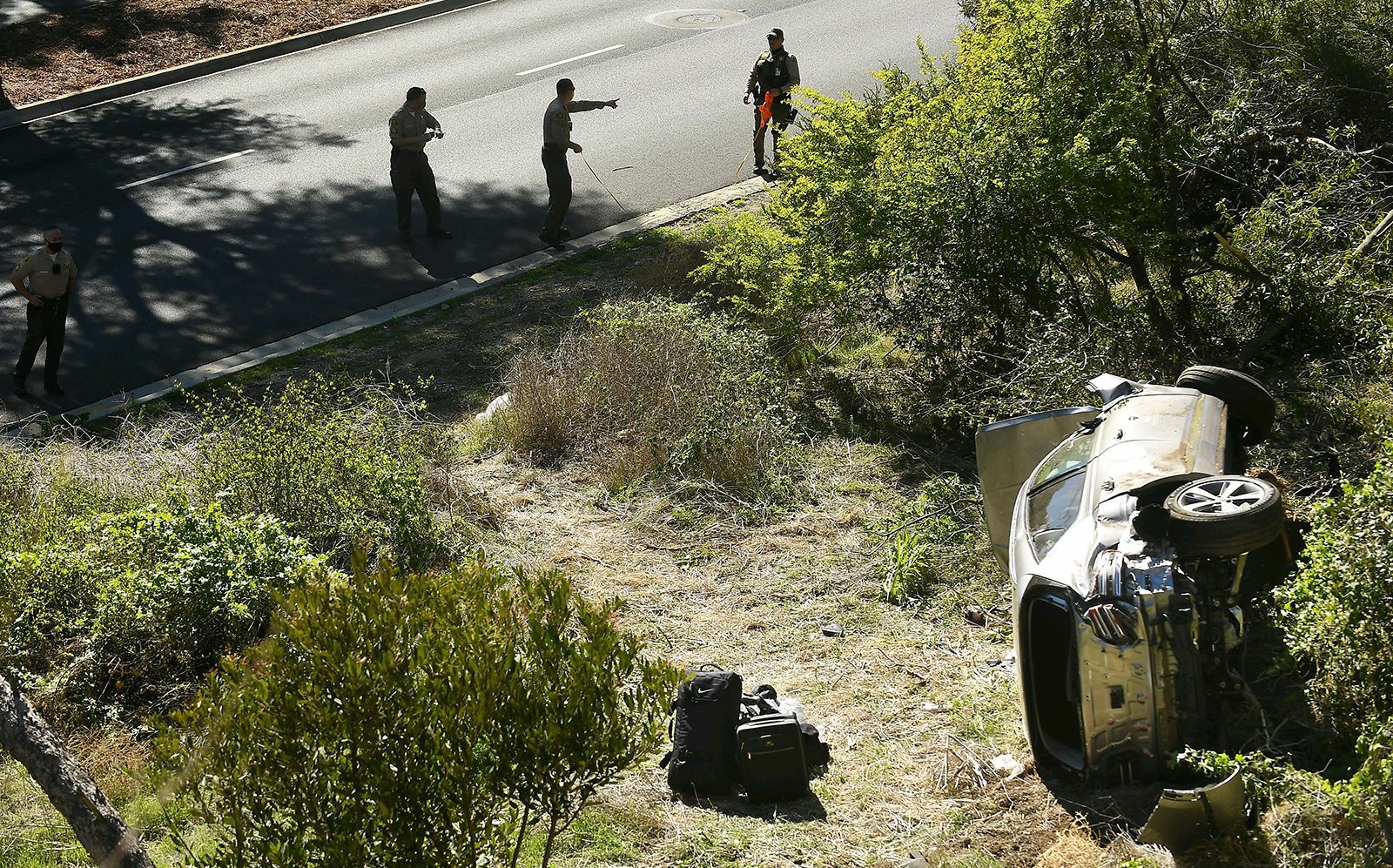 Officials are said to have arrived at the scene around 7:18 am to find Tiger Woods in serious but stable condition. L.A. County Fire Department’s fire chief Daryl Osby said they had to use a pry bar and ax to remove the windshield and finally pull Woods to safety.

Police on the scene looked for any signs of Woods being impaired which could have played a part in the accident. No signs of alcohol or any drugs were found on Woods or at the scene. In a news conference, Alex Villanueva of the Los Angeles County Sheriff’s Department spoke about what their findings were able to determine the events leading up to Tiger Woods hospital visit.

Deputy Carlos Gonzalez, the first to arrive on the scene, spoke about the history of car accidents that happen on the stretch of road where Tiger Woods crashed.

“I will say that it’s very fortunate that Mr. Woods was able to come out of this alive,” Gonzalez said. “Tiger was able to speak to me lucidly,” Gonzalez continued, and Woods appeared “incredibly calm,” the deputy said, likely because he was in shock. 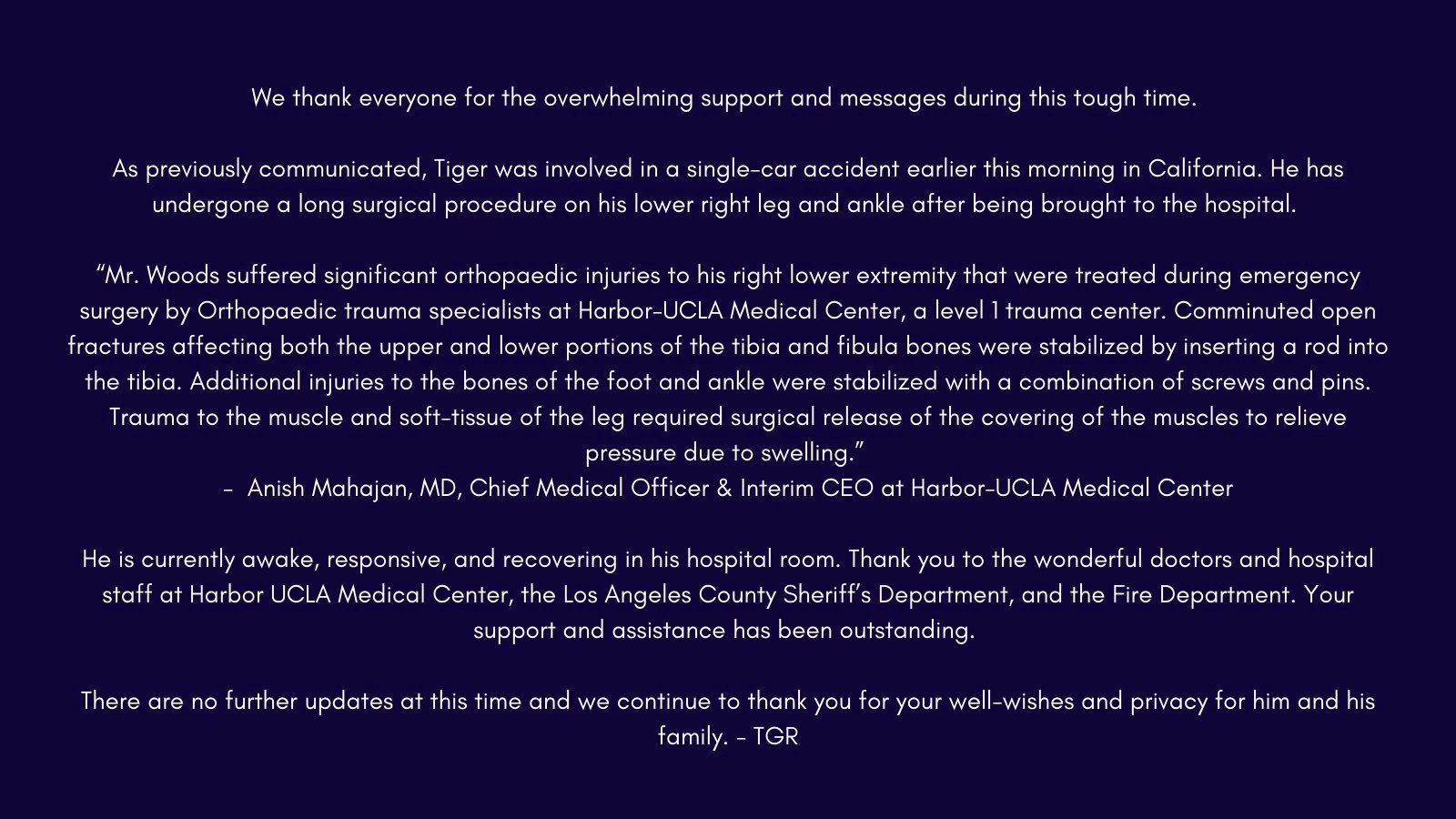 “Mr. Woods suffered significant orthopedic injuries to his right lower extremity that were treated during emergency surgery by Orthopedic trauma specialists at Harbor-UCLA Medical Center, a level 1 trauma center. Comminuted open fractures affecting both the upper and lower portions of the tibia and fibula bones were stabilized by inserting a rod into the tibia. Additional injuries to the bones of the foot and ankle were stabilized with a combination of screws and pins. Trauma to the muscle and soft-tissue of the leg required the surgical release of the covering of the muscles to relieve pressure due to swelling.”

Law enforcement is looking into what could have caused the crash. It will be weeks before new major updates are released to the public.

Previous ArticleThe Era of Naomi Osaka is Upon Us
Next ArticleTUC5: Top 5 Black Biopics to Add on Your Watchlist
NIPSEY HUSSLE TUC RECAP