The NFL Now Has its First Black Female Official

In time for Women’s History Month, the NFL has made some huge history for the month celebrating women around the world. On Friday, NFL announced that Maia Chaka is officially the first black female NFL official.

Growing up Chaka, spent time running outside and tossing around a football with her brother. Which eventually led to her playing street football in her neighborhood with the boys and sadly realizing that girls weren’t allowed to play on the football team at her high school. During her years as an undergrad at Norfolk State University, she finally realized that her love for football won’t stop due to her gender. She rediscovered her love for football in a new way, which was officiating.

After graduating from college, Chaka took it upon herself to juggle two careers of a physical education teacher and a football referee. Which by the news of today, both of those careers helped kicked off the huge position she’s in now. She spent the majority of her career officiating major collegiate events, including the Pac-12 Conference and Conference USA. Since 2014, she’s been a part of the NFL’s Officiating Development Program. Which is a program that gives people experience and exposure at the NFL level when it comes to officiating.

In an interview with CBS News, Chaka expressed her excitement for the newest role she’ll play in future football games. She also explained what her newest role would mean for her students at the Virginia Beach public school she teaches at and the women that will come after her. 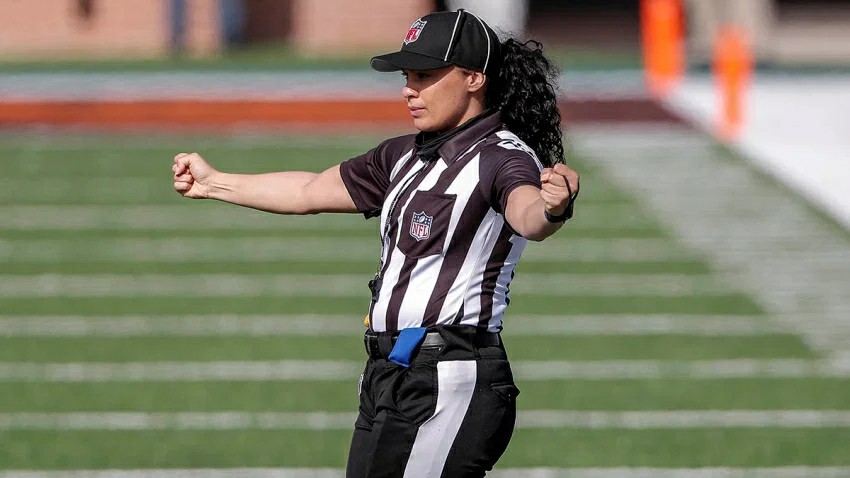 “I think it’s bigger to (my students) than it is to me at the moment right now,” Chaka said. “Some of the best things I’ve seen all day today were screenshots of things that my older students were posting on social media and some of the things that they were saying — how much I changed their lives or what an inspiration I was and things that were just motivational for them.”

They say the future is female and the NFL clearly proved that once again. With only having two female officials (Sarah Thomas is the first woman NFL official) apart of their corporation, it seems like this is only the start of introducing many women in the NFL industry other than typical jobs that women have while being employed by the NFL.