Marshawn Lynch is The Coolest Guy in The NFL

Marshawn Lynch, or as he’s more commonly known, “Beast Mode” is arguably the coolest guy that the NFL has ever seen. Numbers don’t lie, Lynch is a 5-time pro bowler and a Super Bowl champion but his athleticism alone is not what makes him stand out from the crowd. He’s got a personality that is unmatched and it leaves everyone wondering, “What is he gonna do next?” Add that to the love he has for the people of his hometown of Oakland, CA and his desire to set a positive example for those looking up to him and you get one heck of a guy.

Beast mode is well known for his antics on and off the field. After all it’s not everyday that you look at a pro teams sideline and see a player indulging on candy in the middle of a game, but for Lynch that was a regular game day occurrence. It dates back to when his mother would give him Skittles as a kid and refer to them as “power pellets.” The media quickly caught onto this, and in 2014 Lynch signed an endorsement deal with Skittles; making him the first athlete the company had ever signed. After that kids everywhere could be seen eating skittles at practice and in games claiming that the candy put them into “beast mode.”

Another part of what makes Lynch such a cool guy is how down to Earth he is. When the Seattle Seahawks went on their second consecutive Super Bowl run in 2014 Lynch was fined $75,000 for not showing up to a post game press conference. After the fact, he took to using one-word phrases in his following press conferences such as “yeah” to answer any questions the reports had for him. Later that season he made headline news on ESPN and caused a eruption on Twitter when he debuted his now famous phrase “I’m just here so I don’t get fined” at the Super Bowl XLIX (49) press conference. Lynch actually trademarked the phrase and has since sold thousands of t-shirts with the phrase on them. 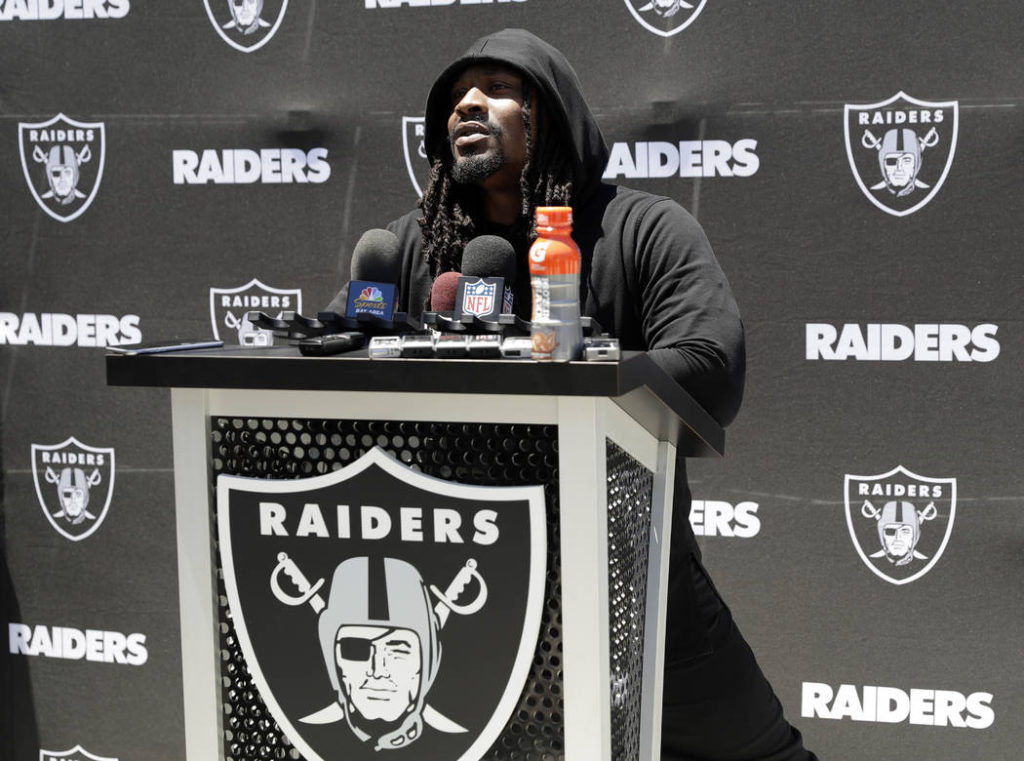 The coolest thing about Lynch though is his passion for the people of Oakland and the fact that through everything he stays true to where he came from. Lynch retired after his 2014 season ended with a Super Bowl loss but he recently made the decision to come back and resign with his hometown team, the Oakland Raiders, before the franchise relocates to Vegas in 2020. When ask about his return Lynch had this to say,

“A lot of the kids here probably won’t have the opportunity for most of their idols growing up, being in your hometown no more. With me being from here and continuing to be here, it was my opportunity to get to see somebody that actually did from where they from and for the team that they probably idolized.”

He’s an NFL superstar yet he gets more joy out of being the hometown hero. Marshawn Lynch is undoubtedly the full package: from his trolling of the media to his insane athletic abilities, combined with his desire to give back to his community. How can you not like a guy like this? Especially when all it takes is a few Skittles to unlock Beast Mode.