Nike has released a commercial narrated by former NFL Quarterback Colin Kaepernick despite the harsh criticism from Nike consumers that are against the brand’s partnership with Kaepernick. Last night, Nike released a powerful commercial during the NFL season opener between the Philadelphia Eagles and Atlanta Falcons.

Nike established that the icon is the face of their 2018 “Just Do It” ad campaign that commemorates their 30th anniversary. This campaign celebrates Kaepernick and other athletes such as tennis player Serena Williams.

Activist Kaepernick made a name for himself as the first NFL player to kneel during the national anthem. Former 49ers player began to protest systemic racism and police brutality since 2016. 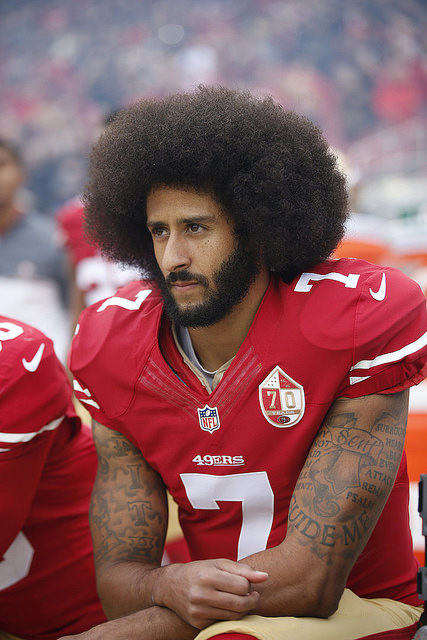 Plenty of fans, veterans, and Trump supporters were outraged but this has not stopped the activist from kneeling at every game until the 49ers colluded to keep him unemployed. Now, the same “nonbelievers” are burning Nike gear and cutting out the brand’s logo from their clothing.

CBS states that one survey suggests that about 24 percent of consumers now view the brand unfavorable. Although Nike’s ratings have declined some marketers, as described by CBS, the controversy may become beneficial for Nike while consumers are expecting companies to take political stands.

Based on the support spewing from social media it seems like Nike will have no problem with their ratings. Of course, this is all hypothetical but we live in an era that is not afraid to stand up against the injustices caused by this systems corruption.

“Believe in something. Even if it means sacrificing everything,” said icon Kaepernick.

Previous ArticleQueen Of The South Season 3: Episode 11
Next ArticleBridal Wear 2019: We Have The Perfect Wedding Gown For You
NIPSEY HUSSLE TUC RECAP